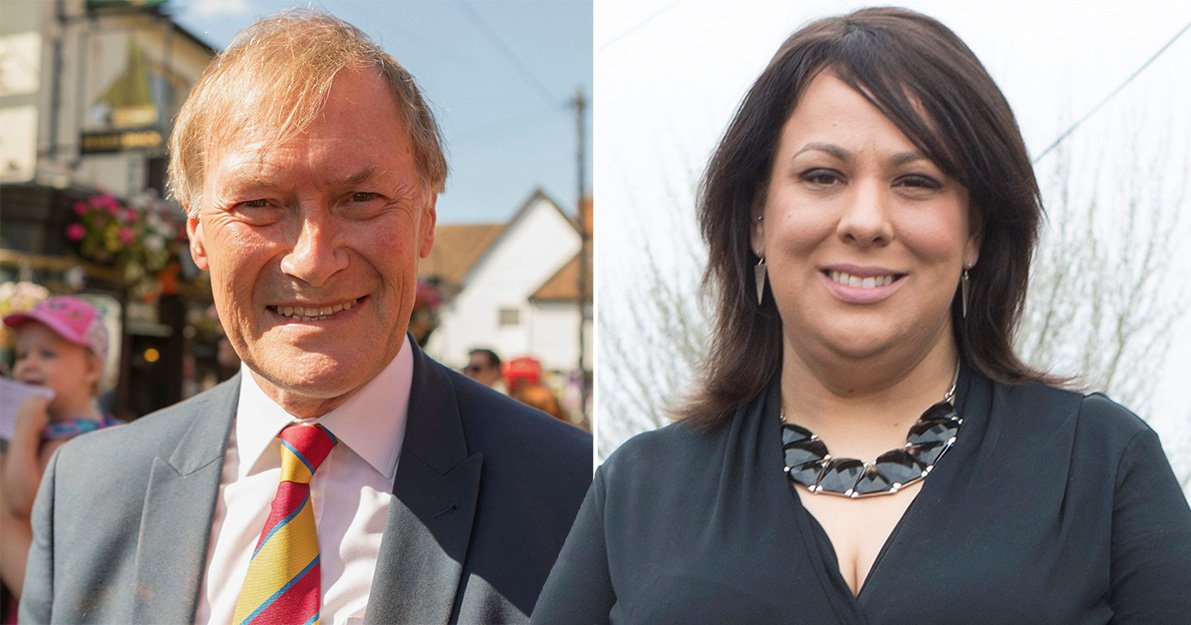 Sir David Amess has been remembered as ‘a true gentleman’ by a colleague who he supported through a cancer diagnosis.

Conservative MP Sir David Amess was fatally stabbed at his constituency surgery in Leigh-on-Sea on Friday afternoon. He died at the scene.

The killing has been declared a terrorist incident and a 25-year-old-man has been arrested on suspicion of murder. He remains in custody.

The 69-year-old’s death has sent shockwaves through the UK, with many paying tribute to the MP who has been called ‘Mr Southend.’

Speaking to The Mirror, Ms Sherriff said she got to know Sir David during a parliamentary trip to Qatar in 2017.

She said because she and Sir David came from opposite sides of the political spectrum she initially ‘tried to resist liking him so much’ but ‘you couldn’t help but love him, he was absolutely infectious’.

Ms Sheriff went on: ‘He was warm, he was kind, but most of all he was funny.

‘His humour was incredible, he was a joy to spend time with and he never took himself too seriously.’

Speaking fondly of Sir David, Ms Sherriff said he ‘got it’ when she was diagnosed with cancer and ‘stayed in touch’.

She recalled: ‘When I was diagnosed with cancer, he sent me flowers. He really got it and he stayed in touch.

‘He was the epitome of a gentleman, he was quite old-fashioned, he was very respectful and so chivalrous.’

Ms Sherriff said she was struggling to come to terms with how Sir David had died, adding: ‘What right has anybody got? Stabbing him in a church.

‘David was a devout Catholic, which somehow makes it even worse.

‘I will just remember his kindness and the fun that we had and how we laughed together. I loved him.’

Speaking to BBC Radio 5 Live, he said: ‘I’ve had my own sort of mental health struggles recently and it was just a couple of weeks ago turned out to be the last time I spoke to David.

‘David rang me and said “how are you?” And you know what British people are like – we say we’re fine even when we’re not.

‘He pressed me and said “I know you’re not well at the moment”.’

He said the Conservative MP had been ‘impish’ and tried to make him laugh during their call, adding: ‘Just towards the end of the conversation he said “I know you’re not in the best place at the moment, but if it ever gets darker, you’ll call me, won’t you?”

‘And I promised that I would.’

‘David was my oldest friend in the House of Commons, a truly genuine friend for four decades.

‘One of the very best. I feel sick inside at what has happened.

‘We’ve lost a very special person in our lives. I have countless joyful memories of David and the times I spent with him,’ he tweeted.

Mr Rosindall said ‘life felt different’ following Sir David’s death and he had not felt the same since the death of another good friend of his, Ian Gow, the MP for Eastbourne who was killed by an IRA car bomb in July 1990.

He said his memories of him were of an MP who really cared about his constituents.

‘No MP could have been clearer about putting the needs of his constituents first – before party, ambition and everything else – than #DavidAmessMP. My thoughts with Julia and his family at this dreadful time,’ he tweeted.