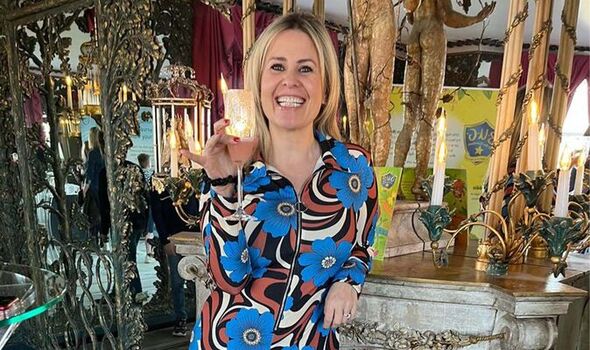 According to Suzanne Baum, her son ordered a pair of ASOS Design £17.99 shorts, and received the parcel on Wednesday, August 31. However, as soon as they went to open the parcel, both the mum and son said they were “retching”, claiming they could smell poo coming from within.

Speaking to MyLondon, Suzanne said: “My son said ‘oh my god mum, I can smell s***’. I went to his room and I could smell poo. I thought, ‘has my dog done a poo on the carpet?’, because I couldn’t understand where the smell was coming from.

“I looked at the shorts and there was, what looked like, a poo stain in the crotch. I thought maybe it’s a pen mark, maybe it’s the stitching, but because of the smell, I knew instantly it was poo. I was in disbelief so I put my nose kind of near just to double check and it was poo.”

Suzanne, who lives in North London, said that the shorts were packaged up as someone would expect when ordering from the online retailer, with the tags on. She also claims that they seemed to have been ‘ironed’. Suzanne added: “My son just wanted to chuck them out the window. It’s basically poo smeared over the back and up the side and leaked through the other side, and through the packaging. I just felt sick and angry because I have spent thousands of pounds at ASOS over the years and I just couldn’t believe this was happening.

“I’ve bought from ASOS since it first existed, and I’ve always encouraged my kids to buy clothes on ASOS once they started earning their own money.” Suzanne, who is a journalist, attempted to contact ASOS’ customer services, but was directed to an automated online chat. 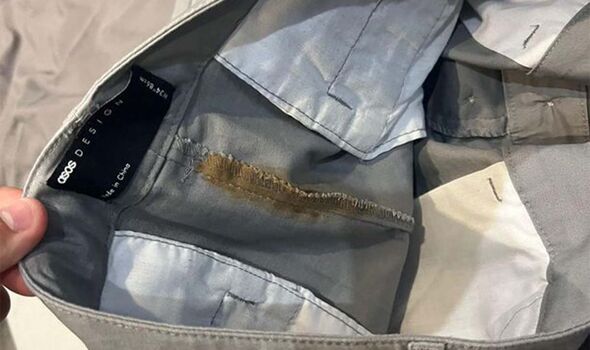 She continued: “Every time I was going through the robot system online it wasn’t getting anywhere, because obviously they’ve never had a customer typing ‘I have poo on my item’. In the end I just gave up, I was determined to try to speak to a human being but I couldn’t get anywhere.”

Suzanne decided to post a photo of the shorts on her Instagram, in an attempt to reach out to customer services: “I got an email from customer services eventually saying ‘we’re looking into this, this doesn’t meet our standards’, and that was it. I didn’t want to hold on to a s***-stained pair of shorts that were stinking my house out.”

ASOS has offered Suzanne a refund of the item, and a voucher as a ‘goodwill gesture’. It’s also confirmed that the issue is being investigated with the warehouse team, and additional training will be put in place for staff. Suzanne says she wants to work out ‘how on earth that can happen’.

“This is one that’s really baffled me. I’ve no idea if someone did a poo in them, or wore them and didn’t wipe their bottom, then decided they didn’t want them and sent them back. But I don’t know how a person repackaged them, sent them out and didn’t smell the packaging. It stank the minute it was opened,” she added.

Suzanne is a lifestyle editor, and regularly writes stories about sustainable clothing and recycling. She said: “I am a big advocate for sustainable clothing. I was an ambassador of My Wardrobe HQ, which is a second-hand retail shop where I rent all my clothes from.

“Second-hand is the way forward, but this is on another level. There are obviously worse things in the world, and you never want that to happen. I’m also not one of those people that ever complains about anything because I hate confrontation. But I feel like I have to stand up for myself and for other customers.”

Suzanne said she still has the shorts at home ‘wrapped up far at the back of my garden, just in case it’s queried’. She added: “My revulsion has gone down. I’m just more concerned with how on earth this can happen. All I want is to speak to a human being.”

A spokesperson for ASOS told MyLondon: “We apologise unreservedly for the experience Ms Baum and her son had when shopping with ASOS. It’s clear this item fell far short of the standard we would expect to deliver.

“We’ve been investigating the issue with our warehouse team as a matter of urgency to understand how this happened and have also put additional training and checks in place to ensure this does not happen again. We’ve issued a full refund to the customer alongside an ASOS voucher as a gesture of goodwill.”