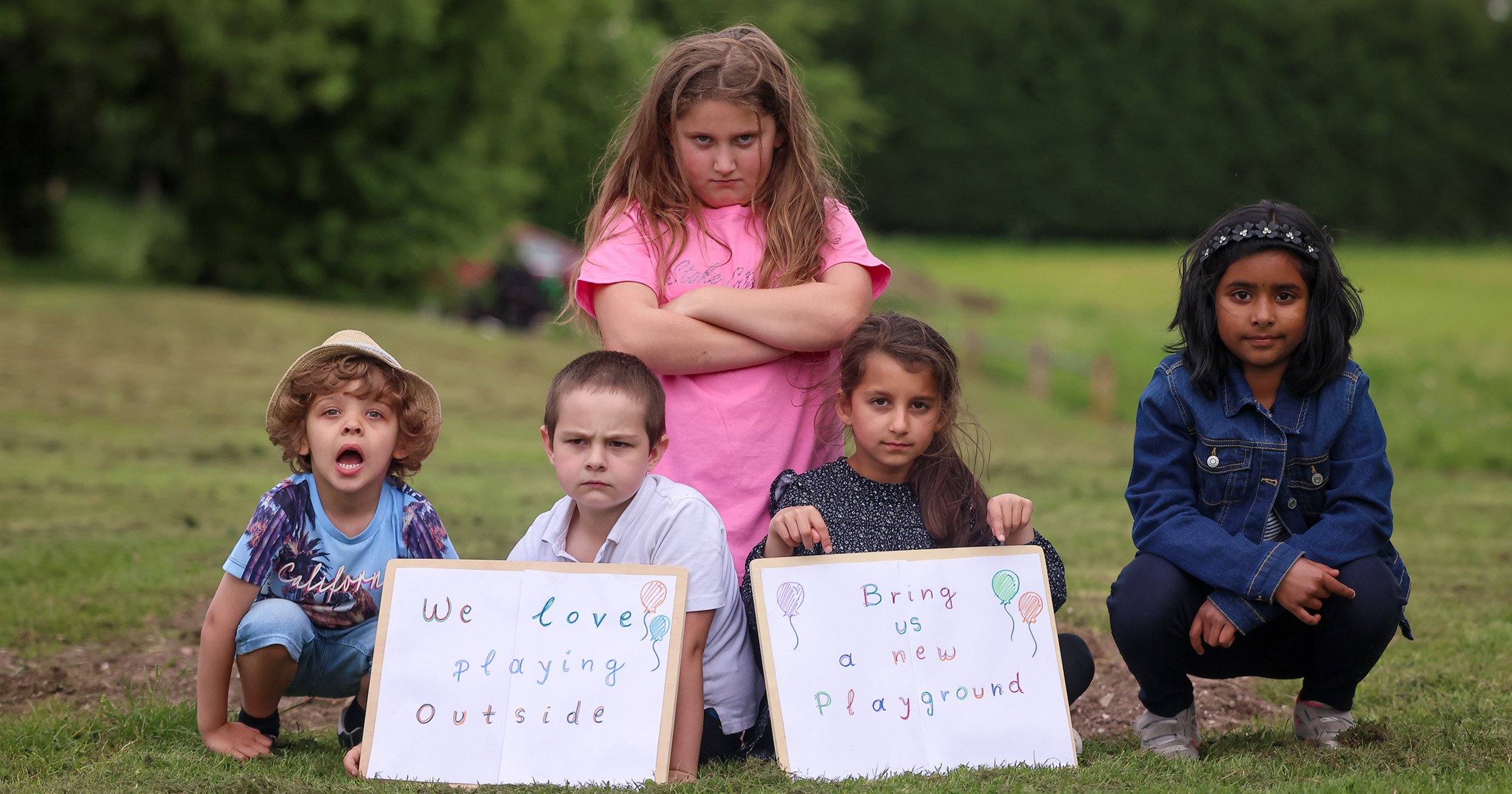 A protest has been launched after families were left ‘furious’ following the removal of local play equipment.

Swings and a climbing frame vanished from a park in the village of Trent Vale, Stoke-on-Trent on Tuesday.

The local council claimed the equipment was not up to health and safety standards.

Residents were told replacements weren’t on their way, and that they should take their children to a different park.

The play equipment, in an area known as Bridgett Pool, is popular with villagers and those visiting the area.

Staff nurse Evie Mamali, aged 36, told the Stoke Sentinel: ‘There was a playground there and they came on Tuesday and started taking the swings and everything out.

‘I mentioned how important it is for people with young children and how annoyed we were. They said it was about health and safety and that they would get back to me with more information but they haven’t said anything more to us yet.’

She added: ‘The playground is really, really important – and in this area it is the only one. Children from around the area come here and in the pandemic it kept the children really happy.’

Children in Trent Vale have joined their parents in hitting out at the sudden removal.

Young protesters have created their own signs to plead with Stoke-on-Trent City Council to replace the equipment.

The placards, adorned with colourful balloons, state: ‘We love playing outside’ and ‘bring us a new playground.’

June Bushin, who lives near Bridgett Pool, had seen three vehicles arrive to remove the swings and climbing frame.

The 78-year-old described the ordeal as a ‘crying shame’.

But Stoke-on-Trent City Council has stood by their decision to remove the play equipment, and encouraged families to enjoy newer facilities.

Councillor Carl Edwards, cabinet member for the environment, told the Stoke Sentinel: ‘We have found that some play equipment in the Bridgett Pool playground is not to the standard that we would accept in our play areas so we have taken the decision to remove it.

‘New and improved facilities are available a short distance away at Mace Street.’