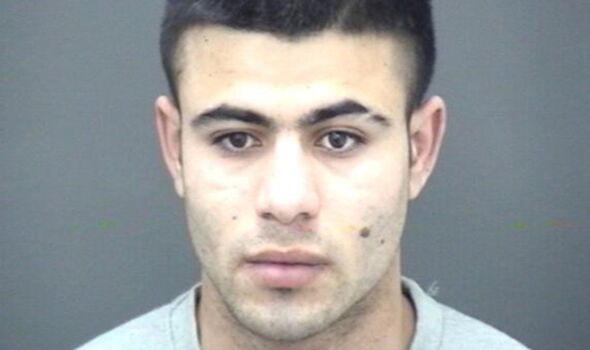 A furious Conservative Party MP has called for an investigation after an asylum seeker who murdered a DJ and aspiring Royal Marine in Bournemouth conned his way into the UK after being wanted in Serbia for a double killing. In 2019, Lawangeen Abdulrahimzai claimed to be 14 years old when he arrived into the country by ferry – when in fact he was four years older. But he had been wanted for a double murder and was later convicted of killing two other Afghans with an assault rifle in Serbia in a clash over people trafficking.

Abdulrahimzai’s violent past came to light after he was convicted of fatally stabbing DJ and aspiring marine Thomas Roberts outside Subway in Old Christchurch Road.

But several local MPs have been left furious over how he managed to gain entry into the UK and remained undetected for so long while being wanted in Serbia for a double murder.

He told MailOnline: “There must now be an investigation into how such a dangerous individual slipped through the net. Did anyone know he had killed twice in Serbia before arriving in the UK? The Home Office has to answer some very serious questions.”

Bournemouth West MP Conor Burns said: “This tragic case shines a light on the need for more rigorous checks and speeding up the asylum processing system. The failures will rightly make people angry.”

Mr Roberts, 21, had tried to intervene in a row over an e-scooter in Bournemouth in March 2022. The trial at Salisbury Crown Court heard how Abdulrahimzai became aggressive and Thomas slapped him twice in the face to calm him.

The Afghan said: “I just reacted, I stabbed him twice… I acted instinctively. I lost control.” One of the wounds pierced Mr Thomas’s heart. He admitted stabbing the 21-year-old to death but claimed it was manslaughter through loss of self-control.

Prosecutor Mr Lobbenberg said: “Twenty four seconds is all it took for Abdulrahimzai to confront, argue with and kill Thomas Roberts.”

The convicted murderer had earlier headbutted a man outside a club, and claimed he was in fear of his life when he rowed with a friend of the victim over the scooter.

Abdulrahimzai, of Hill Street, Poole, will be sentenced for the murder of Mr Roberts at the same court tomorrow (Wednesday).

But he was already wanted in Serbia for a double murder when he arrived by ferry in Poole without documents. He had also been convicted of drug-dealing in Italy, and was turned down for asylum by Norway.

However, he still managed to gain entry into Britain after using five identities after leaving Afghanistan in 2015. Abdulrahimzai was given a foster carer and went to a Bournemouth school and while there, was convicted of the Serbia murders and jailed in his absence to 20 years.

The court heard during the two-week trial in Salisbury an argument broke out about the business of transporting migrants to the west.

Mr Lobbenberg KC said the defendant shot 18 rounds from a 7.62 calibre Kalashnikov, with at least six rounds hitting each victim, adding the defendant then left the scene in a taxi and went to an illegal camp.

Abdulrahimzai was tried by the courts in Serbia under the name Huan Yasin but he had fled the country.

He was found guilty in absence of murder and illegally carrying a weapon before being sentenced to 20 years in prison – the maximum sentence for a person of his age in Serbia – during a trial on November 16, 2020.

The Afghan had been wanted in Serbia since August 12, 2018 – months before he managed to trick his way past UK authorities and gain entry into Britain.

But Salisbury Crown Court heard this conviction only became apparent to UK authorities after the commission of the stabbing in Bournemouth through police making enquiries of Interpol and overseas.

The Home Office said: “Foreign National Offenders who exploit our system and commit crimes here in the UK will face the full force of the law, including deportation at the earliest opportunity for those eligible.

“The Government is committed to stopping abuse of the immigration system, taking decisive action against those who try to play the system.”