Retired South Yorkshire Police officers Donald Denton, 83, and Alan Foster, 74, and the force’s ­ex-solicitor Peter Metcalf, 71, were formally acquitted by a judge. Ninety-six Liverpool fans died from the crush at the FA Cup ­semi-final at Sheffield Wednesday’s ground on April 15, 1989. At the Nightingale court, in Salford’s Lowry Theatre, Mr Justice William Davis ruled that police officers’ statements into what occurred that day were changed.

But he added as those statements were written for Lord Taylor’s 1990 public inquiry – not a legal court case – alterations had not technically “perverted justice”.

Yesterday after four weeks of evidence, lawyers for the three ­successfully applied to have the case against them kicked out.

Margaret Aspinall, whose son James died in the disaster, said the ruling was “an absolute mockery”. Christine Burke, whose dad Henry, was killed, said: “I have got to live the rest of my life knowing my father was buried with a lie.”

Jenni Hicks, who lost daughters Sarah, 19, and Victoria, 15, said: “I would have liked the jury to make their minds up, not the judge.” 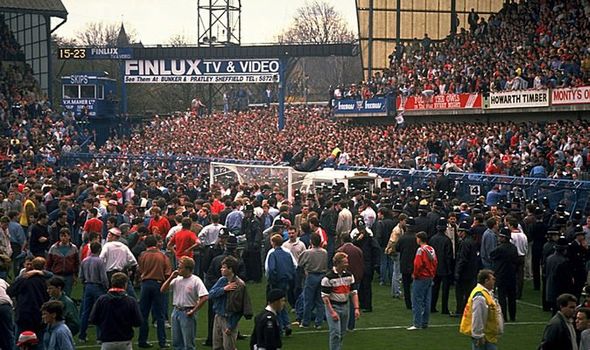 Liverpool FC said Hillsborough victims had been “let down yet again”. The club said: “Ninety six people were unlawfully killed and yet no individual or group has been deemed legally culpable.”

They allegedly amended police officers’ statements after the disaster, to minimise blame on the force.

But Mr Justice Davis told jurors the trio had no case to answer. Prosecutors will not appeal.

Lawyers for the three criticised the Crown Prosecution Service for a “witch-hunt”. Paul Harris, solicitor for Mr Foster, said: “This narrative of an alleged cover-up was not borne out by the evidence.”