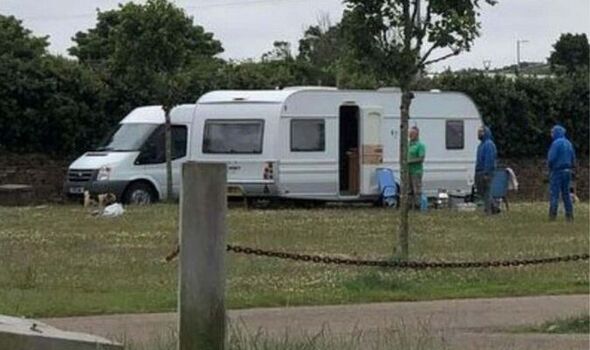 When the travellers were at Heartlands in the Pool area of Redruth, Cornwall, their presence caused the Red River Café and Wheal Play area to be closed. They were asked to leave but have moved just a few miles away to East End Playing Fields in the same town. 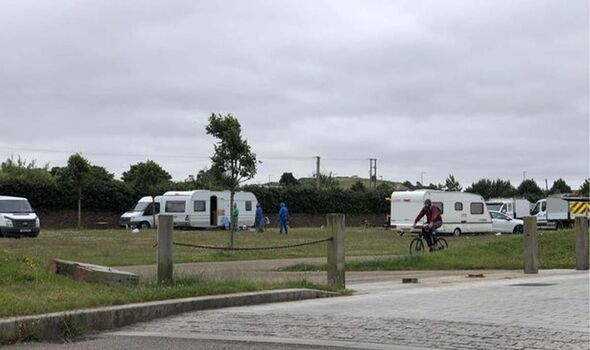 It is alleged the group cut wooden posts to enter the new site, which Mayor of Redruth Matthew Brown confirmed belongs to the council.

“Some travellers people have no respect for anyone or anything,” one woman posted on Facebook.

“Maybe if councils provided land for travellers to visit, they wouldn’t have to damage fence posts,” one man shared.

A third comment reads: “There are some travellers who destroy property and break laws.”

One dad posted: “As long as they keep the area clean and aren’t bothering anyone what’s the problem?”

Another resident shared: “The majority of travellers are peaceful, good people… We tarr people with the same brush and discriminate sometimes.”

Cornwall councillor for the area, Barbara Ellenbroek, has provided more information about the arrival on town council land. She said: “All I know is that they are being visited today. Hopefully things will progress from there.

“It was a bit of a surprise when they turned up but they don’t appear to be causing any problems which is good. The police and the town council will know more.”

Councillor Ellenbroek has confirmed that steps are underway to move on the travellers.

Devon and Cornwall Police previously indicated that they had been made aware but said the matter is primarily one for the local authorities.