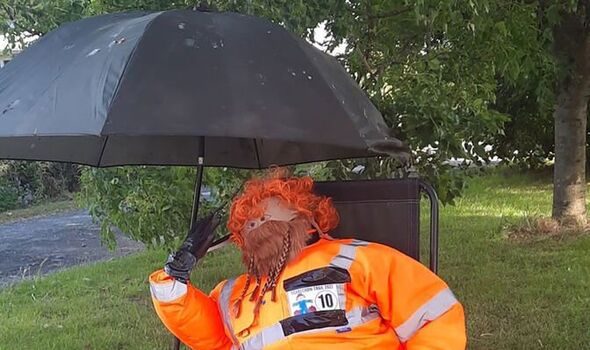 Councillor Chantel Richardson, of Thorngumbald parish in East Yorkshire, said her decision was a “light-hearted gesture he (the homeless man) would have liked” after creating the design for the village’s annual scarecrow trail on the weekend. A homeless man had recently left the village after allegedly defecating in public and being given an antisocial behaviour order.

The parish councillor’s entry to the Thorngumbald Scarecrow Trail depicted the homeless man in orange hi-viz overalls, with ginger hair and wearing a hat with the word “Asylum” on it.

But one resident branded the scarecrow “offensive” as he believed the man had mental health issues.

Speaking to Hull Live, the resident said: “Ridiculing the vulnerable adult is most definitely not the behaviour expected of our local councillors. Now we have a ridiculed homeless man by an acting member of Thorngumbald Parish Council, incredible.”

Cllr Richardson said she moved the scarecrow to the back of her home to a spot where people could still see it after someone complained to the preschool about it. She said she did not believe the gesture was in bad taste and claimed most people in the village agreed with her. 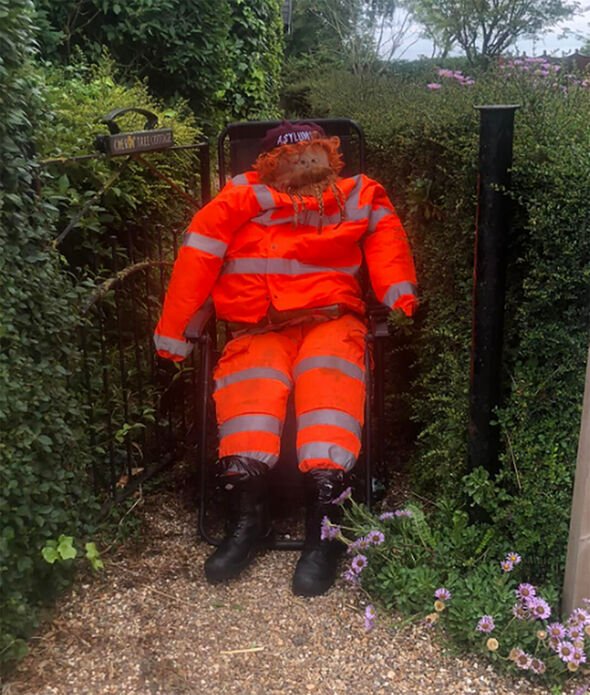 “I don’t think it was in bad taste, it was at a scarecrow trail and there were all sorts of different ones around the village. It was a light-hearted look back at a man who put us through a lot of stress last year,” the councillor said.

“We made it so he was waving to people and had a smile on his face, lots of people said it was the best scarecrow in the village. Someone went down to the preschool at the weekend and complained quite aggressively about it.

“So someone from the preschool came and knocked on our door and asked us to move it, I put it around the back of our house. Then we heard he was being taken out of the vote and I started seeing messages from people on social media wondering where he’d gone.

“So many people asked for him to be put back out, they still wanted to see him so we put him out on our property but took his number badge off. We even found that someone left a little trophy by him, so many people wanted him to win.

“I didn’t think about the hat at all, it was my daughter’s and it was the only one we had, I didn’t give any thought to it saying Asylum on it. Some people said I should have put him out with piles of faeces next to him because that would have been more realistic, but I thought that would have been rude.

“The man was living in the property next door to us for about three months, he was sleeping on a public bench. My partner had to pick up human waste he’d left behind on our property, he was even abusive to the lady from the parish council who tried to help him.

“I don’t see why we should let one person who happens to be affected by it stop something that everyone else wants to see. It rattles my cage when people complain about things like this, I think the man himself would have liked it if he saw it.”