Britain and the US have warned Moscow will face “serious consequences” if it invades Ukraine – amid “deep concern” over tens of thousands of Russian troops assembling at the border.

Foreign Secretary Liz Truss, together with her US counterpart, US Secretary of State Anthony Blinken, agreed Russia should face sanctions if it attempts to seize control of its neighbour in talks ahead of a G7 foreign ministers meeting on Saturday. 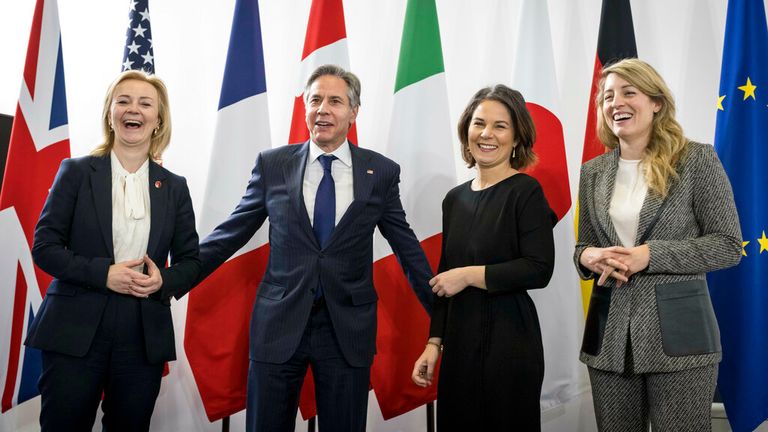 The Kremlin has stationed around 70,000 troops near to its border with Ukraine and is said to be plotting a possible invasion as soon as early next year, according to US intelligence.

It comes as President Joe Biden warned Russia “will pay a terrible price” if it launches a take-over.

In a White House press conference on Saturday, Mr Biden said: “Here’s the deal. I’ve made it absolutely clear to President Putin… that, if he moves on Ukraine, the economic consequences for his economy are going to be devastating, devastating.”

Mr Biden held crisis talks with Prime Minister Boris Johnson and the leaders of Germany, France and Italy – dubbed the NATO “quint” – twice this week in a bid to decide how to tackle the threat. 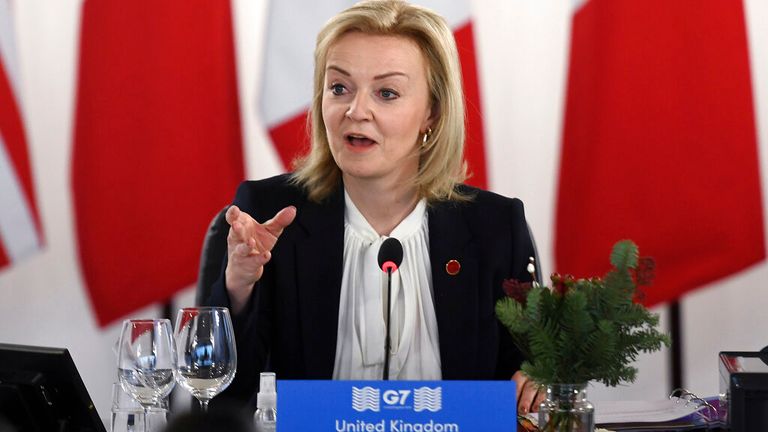 Ms Truss and Mr Blinken “both agreed their support for Ukraine” and “expressed deep concern about the build-up of Russian troops on Ukraine’s border”, a Foreign, Commonwealth and Development Office (FCDO) spokesman said.

“In addition, they said that any incursion by Russia would be a strategic mistake for which there would be serious consequences.

“The foreign secretary and secretary Blinken both agreed on the importance of defending and promoting freedom and democracy, and the need for a unity of purpose from the G7 to achieve this,” the spokesman added.

Ms Truss also discussed the importance of “standing up to autocratic regimes that threaten the free world” and unifying in the face of Moscow’s threat to Ukraine, with new German foreign minister, Annalena Baerbock.

Echoing President Biden, she vowed there would be “severe economic consequences” if the Kremlin mobilised against Kiev.

The foreign secretary also urged allies from the US, Canada, France, Germany, Italy and Japan to “defend ourselves against the growing threats from hostile actors”.

Opening the main gathering as part of Britain’s year-long G7 presidency, Ms Truss urged diplomats: “We need to come together strongly to stand up to aggressors who are seeking to limit the bounds of freedom and democracy. “To do this, we need to have a strongly united voice, we need to work to expand our economic and security partnerships around the world, bringing more into the sphere of countries who stand up for the values we believe in.”

Ms Truss also spoke about “growing economic ties” to ensure “all nations have alternatives to dealing with authoritarian regimes”.

She is also expected to hold bilateral talks with other G7 counterparts and the EU, together with Australia and South Korea.

Tonight the foreign secretary was due to welcome senior members of the Group of Seven nations at a working dinner at the Beatles Story Museum – as she unveiled her vision for a “global network of liberty”.

Ms Truss hopes the UK can build closer economic, tech and security links with allies and draw more nations “into the orbit” of free-market democracies.

He warned a Russian invasion would be on a scale “not seen in Europe since World War Two.”