George Galloway repeatedly hit out at First Minister Nicola Sturgeon over her renewed demands for a second independence referendum for Scotland. Mr Galloway claimed a new vote would come at a “very bad time” for the nation as it begins its way to recovery from the coronavirus pandemic. The former Labour MP insisted the consequences of independence would cause a complete collapse of the public sector and deprive Scotland of its main trading partner.

Speaking on his weekly The Mother of All Talk Shows, Mr Galloway said: “It would be a very bad time for Scotland to leave Britain.

“When oil is so cheap that they’re giving away barrels of it at Paddy’s Market in Glasgow, it would be a very bad time for Scotland to leave Britain and rejoin the EU.

“Not least because if they were to be allowed into the EU, they would have to slash their current deficit of more than 8 percent to less than 3 percent, laying waste to the public sector in Scotland, which would quite simply no longer be able to exist.

“From 8 percent to less than 3 percent is a very long way indeed.”

JUST IN: Should Rule Britannia and Land of Hope and Glory be CUT from BBC Proms? 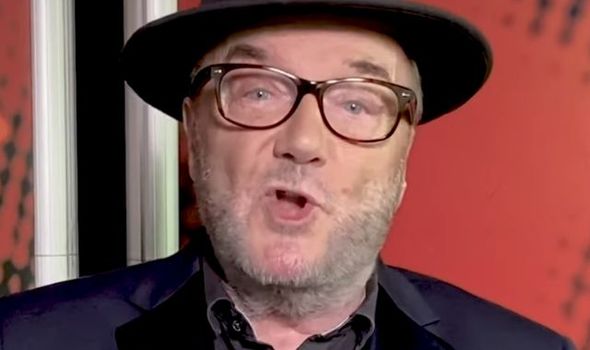 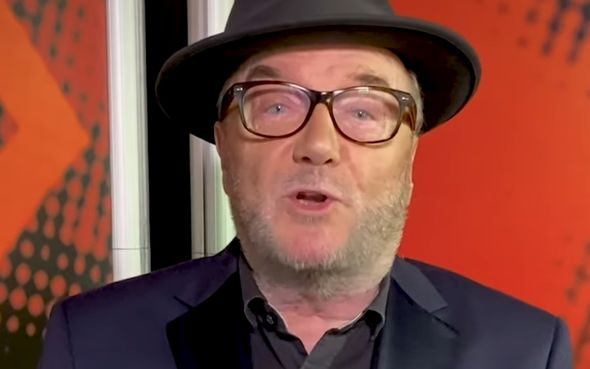 He continued: “Scotland would also have to join the euro once it was able to satisfy the criteria of joining the euro.

“And there would have to be a hard border, which would cause havoc for the Scottish economy, which exports more than 60 percent of its goods and services not to Lithuania or Romania, Slovakia or Slovenia but England.” 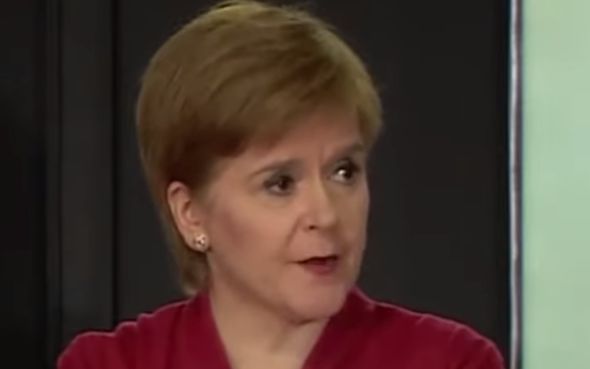 Nicola Sturgeon this weekend said the SNP will include an independence referendum pledged in its manifesto in the run up to the 2021 Scottish election.

Ms Sturgeon insisted next year’s vote will be the “most important” election in Scotland’s history as she reiterated her commitment to independence despite Boris Johnson rejecting her calls for a new referendum.

Writing in Holyrood magazine, the First Minister said: “That election will be, in my view without question, the most important in Scotland’s history.

“Not only will it provide a stark choice between the progressive policy platform offered by the SNP and the utterly regressive agenda of the Conservatives, it will be an election which is, at its heart, about democracy. 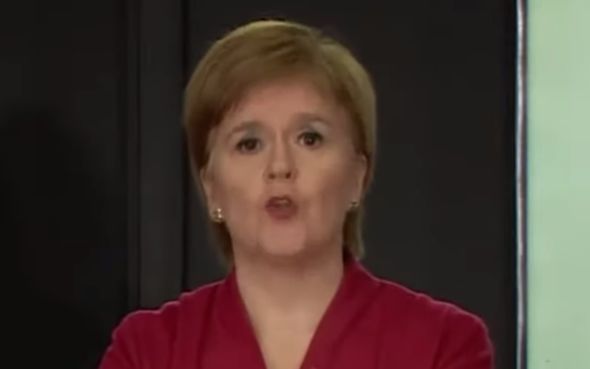 “We are privileged to live in a democracy. But if that is to mean anything it must mean accepting the results of free and fair democratic elections.”

She added: “In the event of another election win for the SNP, it would be utterly untenable and unsustainable for the Conservatives to stand in the way of the democratic will of the people of Scotland.”

Recent polls suggested the support for independence has increased since the 2014 referendum resulted in a win for No.

A Panelbase survey of 1,011 eligible voters conducted between August 12 and 18 found 51 percent of respondents in favour of breaking off the union.