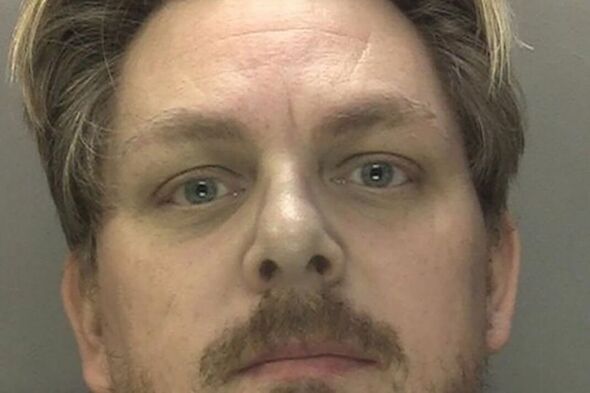 A gambling addict council worker stole £900K before moving to the US to fulfil is passion to work in the “paranormal” industry. Tyler Evans, 42, was an employee at Birmingham City Council from 2005 before moving to the Highways department in 2010 for a role as a customer engagement officer.

But she said Evans began long term sick leave in September 2013 before being dismissed from the council in April 2014.

An investigation into payment anomalies in the department found the defendant had submitted 35 false forms to his managers which resulted in 35 payments being authorised and paid into 10 separate bank accounts.

The court heard the fraud was £906,084 and it took place over a three year period between 2010 and 2013. Evans eventually left the UK and moved to Pensylvannia where he found work as a guide for ghost tours and formed a long-term relationship.

Sentencing Evans, 42, of no fixed address, to four years and eight months in jail, Judge Richard Bond told the defendant despite him moving to US after his crime spree “you knew eventually the balloon would go up and you would be arrested”.

Raj Punia, prosecuting, said of the fraud between 2010 and 2013 being uncovered: “It was planned and sophisticated with false documents produced to managers in order that the bank payments would be authorised.”

Miss Punia said the money was sent to accounts in Evans’s own name, his business account Called Paranormal Activities as well those of friends and associates. Multiple transactions were then made with the money being transferred in order to make it harder for the original source to be detected.

Miss Punia added that Evans had made false and fake documents as part of the verification process.

She added: “As a result of the defendant’s fraud suspicion also fell on a line manager who was suspended pending an investigation but was later exonerated.

“The amounts he fraudulently transferred ranged from £7,000 to the final one £83,250. She said Evans had been extradited from the US in December last year.”

Evans had previously admitted fraud by abuse of position of trust and money laundering.

Judge Richard Bond said it was an aggravating feature that suspicion had fallen on someone else and that what he had done “had a real effect on other people.”

He said: “There was an element of fleeing the jurisdiction because you knew what you had done. You are an intelligent man.

“You knew eventually the balloon would go up and you would be arrested. By removing yourself from the jurisdiction you were able, over many years, to lead a normal life and have a loving relationship with a partner in the US.”

Robert Tolhurst, defending, said at the time of the offences a woman he viewed as a mother figure who worked at the council, had died from cancer.

He said he was not happy in his department and that he had also developed a serious gambling addiction. He said of the money he received from the fraud about 80% of it he had lost on gambling.

Mr Tolhurst said that someone else had suggested the scheme and that some of the companies who had deposited the money had since closed.

He told the court: “He took advantage of the situation he found himself in to fund a gambling addiction.”

Mr Tolhurst said Evans had remained in the UK for about two years before going to the United States with around $10,000 dollars

He said he had always had an interest in the paranormal and guided tours and that he had settled himself in Pennsylvania to rebuild his life where he had carried on his involvement with paranormal events working seven days a week.