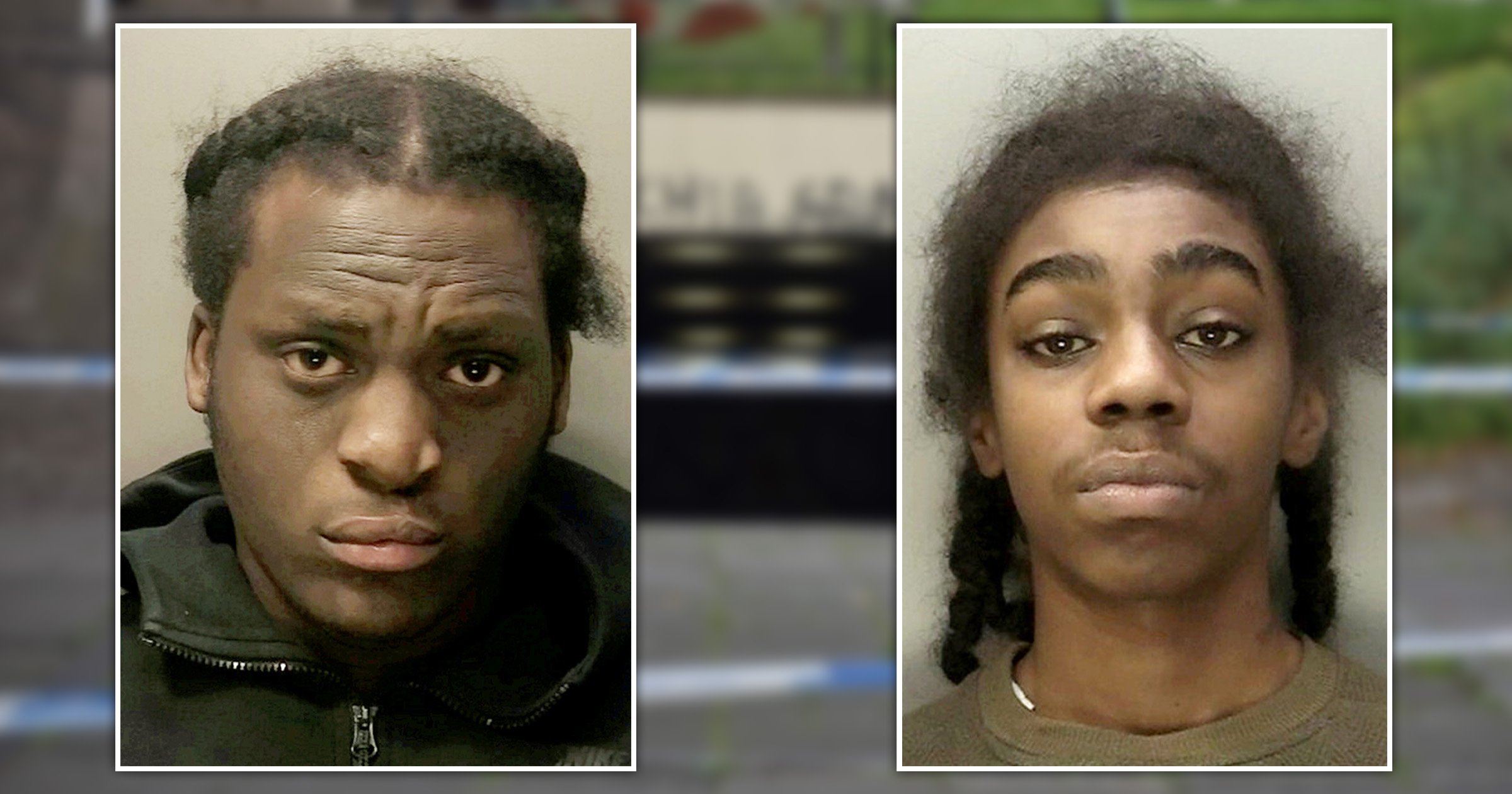 Three gang members who shot and paralysed a 13-year-old boy with a homemade shotgun are facing jail after being found guilty of attempted murder.

Zidann Edwards and Diago Anderson, both 20, and a 17-year-old who cannot be named, gunned the boy down in an underpass at Hockley Circus, Birmingham.

A court heard the victim was on his way to get food with friends when they strayed on to the ‘turf’ of a gang called Armed Response.

CCTV showed a stolen Nissan screeching up alongside the boy before Edwards, Anderson and the unnamed teen jumped out.

They chased the boy and his friends into the underpass before blasting him in the back with the ‘slam gun’.

Despite his serious injuries, he managed to call 999. Armed officers gave him lifesaving first aid before paramedics rushed him to hospital for emergency treatment.

He was left paraplegic after one of the pellets passed through his spinal cord.

The same surveillance footage showed the trio running from the scene and driving off in the Nissan, which was later recovered and forensically traced back to them.

Officers arrested them and recovered more evidence, including the clothing they wore on the day of the shooting.

They also found a handgun and the slam gun from an address linked to the 17-year-old. Further examination proved this was the weapon used in the attack.

After the shooting, Edwards even made a drill rap music video expressing his regret that he had failed to kill the young boy.

All three were convicted of attempted murder at Birmingham Crown Court on Tuesday and will face lengthy jail terms when they are sentenced on October 7.

Detective Inspector Michelle Cordell said: ‘The unprovoked and callous actions of Zidann Edwards, Diago Anderson and the 17-year-old boy, changed the life of an innocent 13-year-old boy and his family forever.

‘The impact of their actions are truly heart breaking and my thoughts remain with the boy, his family and friends.

‘From the outset, my team worked tirelessly with internal and external colleagues and partners to gather and present the evidence in this case.

‘Their collective hard work and dedication led has helped achieve justice for the victim and his family.

‘Our primary focus is always to prevent these incidents from happening, but sadly we do continue to see gun violence on our streets.

‘We need our communities to come together to help us in our fight against gun and gang related crime.’