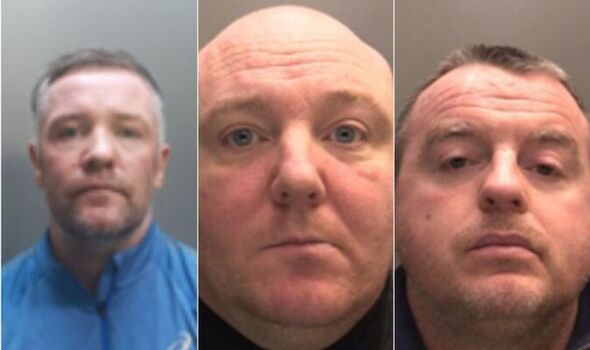 The Merseyside men were sentenced at Liverpool Crown Court this morning, August 12. They shipped large quantities of their injectable amphetamines across England, Scotland and Wales as part of a multi-million pound scheme.

The men were also involved in dealing cocaine, heroin, ketamine and other drugs, while two of the gang’s ringleaders made attempts to get hold of weapons in the months before they were arrested, reports The Liverpool Echo.

A judge at Liverpool Crown Court said this morning that the gang’s leaders, who got 93 years in jail between them, were characterised by their rock solid commitment to producing huge quantities of illegal drugs and trading them across Britain.

Nicola Daley, prosecuting, told the court earlier this week that the gang’s huge drug production operation was initially discovered after the Encrochat messaging service was breached by investigators in 2020.

The National Crime Agency then discovered a slew of messages alluding to a drugs lab on the outskirts of Chester, which appeared to be used to produce amphetamine.

Officers from Merseyside Police and North Wales Police later discovered the cottage, on Deeside Lane, was being used by a gang to produce drugs there on a massive scale.

Ms Daley said: “The North Wales investigation, codenamed Operation Bluesword, focused upon a drugs lab at 1 Wood Cottage, Deeside Lane, which was used to produce amphetamine on a multi-million-pound commercial scale and on occasions to produce or attempt to produce other class B drugs.

“On or about 1st May some of the defendants, who were undoubtedly paranoid about being detected by the police, identified the presence of North Wales surveillance vehicles/officers who had recently begun surveillance around Wood Cottage. That factory was then abruptly closed down.”

She said that after the North Wales site was closed down, the gang continued to try to produce amphetamine.

A Merseyside Police investigation later found they had tried to obtain a storage unit in an Aintree industrial site, known as The Boxworks, in order to store the large quantities of chemicals needed to make the drugs. 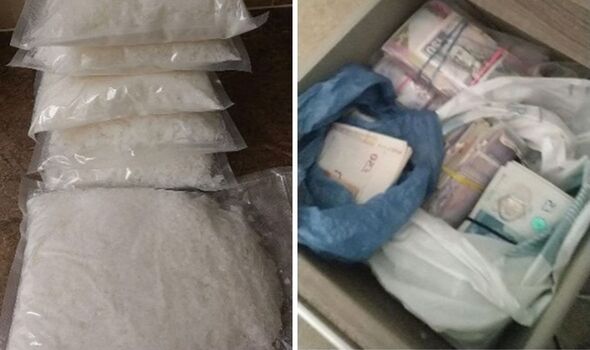 Messages sent over the Encrochat network showed the gang also arranged for the transfer of large quantities of drugs, with cocaine, heroin, cannabis, ketamine and MCAT discussed in addition to amphetamine, which appeared to form the bulk of their trade.

Ms Daley said the exact amounts of drugs were difficult to quantify but Encrochat messages show arrangements for the supply of a total of 71 litres of amphetamine oil and between 780kg and 1000kg of amphetamine sulphate paste.

She said: “It was a ‘full service’ business, operating not just within England and Wales but also involving the supply of large quantities of drugs to Scotland, including to customers in Dundee and Glasgow.”

The 42 year old, from Formby, used Encrochat handles named after Breaking Bad character Jesse Pinkman and Sopranos actor James Gandolfini, something the judge said “showed real insight” into how he saw himself.

The court heard other gang members were deeply committed to honing the chemical processes necessary to produce injectable amphetamine and sometimes worked for more than ten hours a day producing the drugs.

Encrochat messages showed the gang then sent these drugs, along with others, to locations such as Glasgow, Neath, Manchester and Newcastle.

The sentences for the gang’s members are as follows:

A tenth man, Connor Smith, 29, of Maghull, will be sentenced at a later date.

Speaking after the sentencing of the other nine defendants, Merseyside Police Detective Inspector Paul McVeigh said: “Thanks to the investigative work of both forces nine people have now been sentenced to over 187 years behind bars.

“Each of those sentenced took part in the business for at least significant financial gain and although they all played different roles and were involved to differing degrees they were all aware of the scale of the operation.

“We know the destruction that drug dealing brings to our communities.

“Those involved in the supply of drugs and use of weapons have no regard for the lives they affect and the harm they can cause, and we are committed to pursuing those involved in serious and organised crime and bringing them to justice.

“Today’s sentences shows the level of our commitment and how seriously this type of activity is viewed by the courts.

“I am delighted that these sentences will see dangerous people removed from the streets of Merseyside for a considerable period of time and I hope that our communities feel reassured that we are continuing to take positive action and support us in our efforts.”