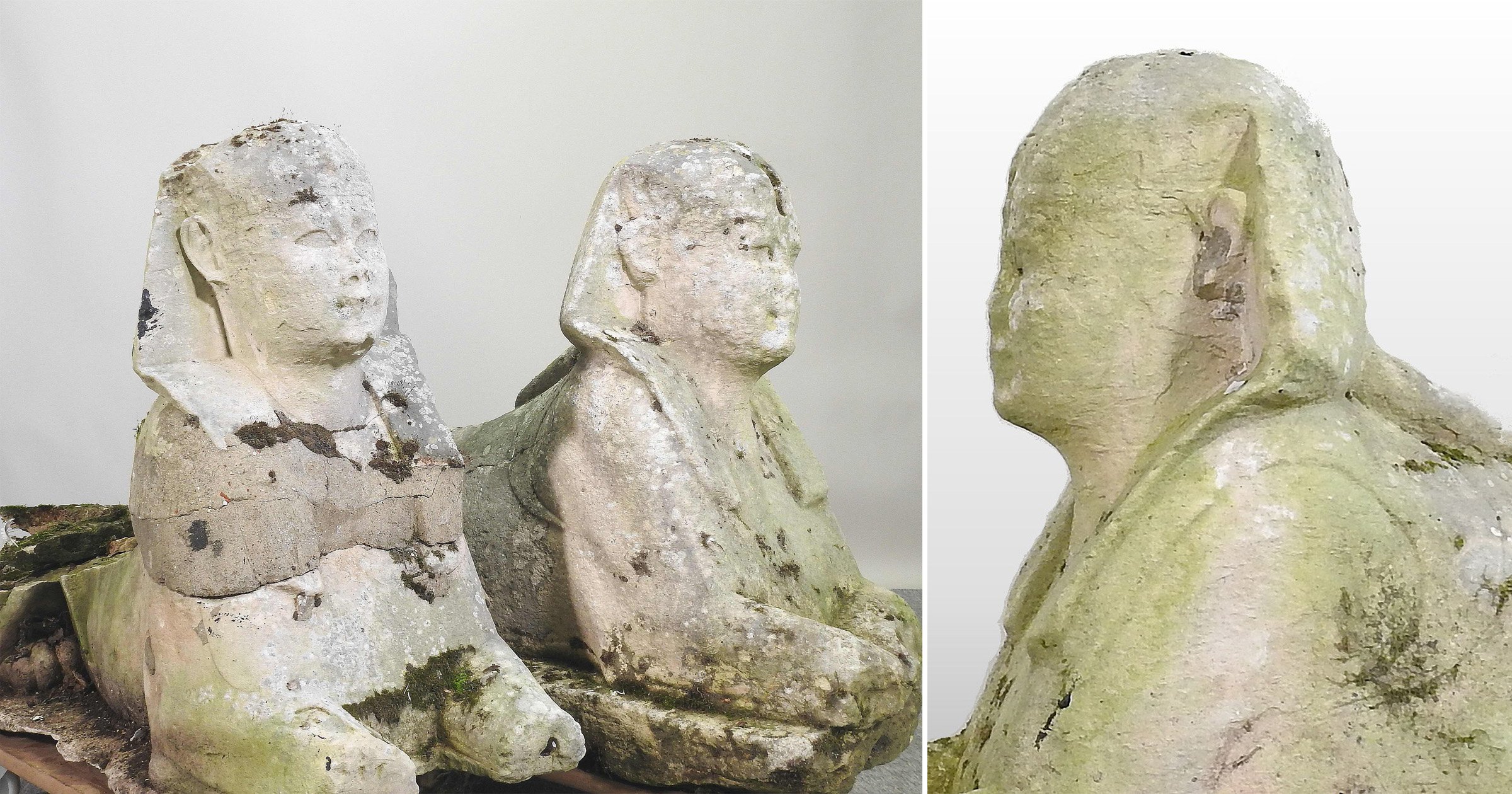 Discovering that bit of bric-a-brac kicking around the house is worth as much as the riches of Alexandria is everyone’s pipe dream.

For one family, the dream came true – quite literally.

Two stone models of sphinxes believed to be replicas turned out to be bona fide Ancient Egyptian artefacts worth more than £241,000.

The family had them valued, believing them to be charming but historically insignificant 18th or 19th century replicas and wanting rid ahead of a house move.

On closer inspection, the statues – which were left outside in the elements as garden ornaments and covered in moss – dated back as far as 5,000 years.

They attracted international attention despite being in bad condition having been repaired and secured to the ground by a builder with cement.

The owners from Clare, Suffolk, could barely believe it as the sums being commanded by the 110cm long figures kept on rising when bidding opened at Mander Auctioneers in Sudbury.

Auctioneer James Mander said: ‘We were contacted by a local family who were moving house and needed to dispose of stuff from their old garden, which did not fit their new home.’

He added: ‘The condition was quite poor with heavy wear and various losses. They had been repaired by the current owners, using concrete, to fill the missing part under the head of one of the statues.

‘They had stood on a garden patio as decoration until last month, when they were consigned to the auction.

‘There was some interest prior to the auction during the viewing, but really we had no indication of their value until the auction began.

‘The bidding started at £200, and it took fifteen minutes to sell, with competition from four telephone bidders and numerous internet buyers.

‘The bidding quickly went up to £100,000 and then seemed to stall, until the hammer finally fell at £195,000 to an international auction gallery, setting a new house record.

‘Opinion was that they were genuine Ancient Egyptian examples, which had somehow passed through recent history as 18th century copies.’

Mr Mander said: ‘This was an exciting day at the auction, and we were very pleased to inform the vendors who had purchased and enjoyed these as garden ornaments for many years, with no idea of their true value.

‘These are one of the highest value lots to be sold at a provincial auction this year.’