The refusal to send the same seeds that are enjoyed by subscribers in mainland Britain across the Irish Sea has added fertiliser to the fury over the Northern Ireland Protocol. The row has broken out amid speculation that ministers are at war over the controversial Northern Ireland Protocol. The Sunday Express has learnt that Lord Frost, who negotiated the trade deal, agrees with most Brexiteers that the agreement needs to go with stability in Northern Ireland already under threat and a belief that the EU is trying to use it as a means to punish the UK for Brexit.

However, Cabinet Office minister Michael Gove is understood to be fighting a rearguard action to keep it.

A senior Conservative source said: “Basically Frosty says ‘scrap it’, but Gove wants to keep it. We are not sure why.

“The protocol’s days are number though, not least because of the way the EU has behaved over the vaccine and since Brexit was completed.”

Meanwhile, Sammy Wilson, a DUP MP who subscribes to the BBC Gardeners World magazine, did not hide his outrage at being denied benefits enjoyed by the rest of the UK.

He said: “I get the magazine and it promises you free seeds. Don’t forget, these are seeds which have passed all of the tests which are required under EU law and yet they are excluded from people in Northern Ireland.”

Mr Wilson said each month he “rails against the false promise” that there are packets of seeds contained inside.

He asked how it could be considered a “threat” for him to plant them in his “garden smack bang in the middle of Ulster which is part of the United Kingdom”. 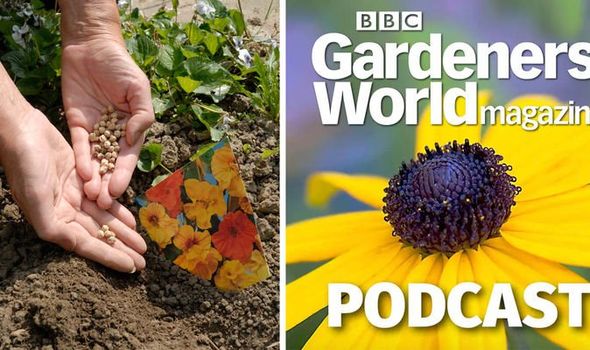 The East Antrim MP  said: “Nothing could be more ridiculous… What do they think I am going to do with a packet of seeds? Even if those seeds were toxic, if they contained nuclear waste, am I going to take them and throw them over the border?”

Former Northern Ireland secretary Theresa Villiers said: “The EU continues to take an unreasonable and disproportionate approach to the protocol. They claimed it was needed to protect peace in Northern Ireland.

“I can’t believe that a few Gardeners’ World seeds are going to jeopardise the Good Friday Agreement. Nor will these magazine giveaways harm the single market.

“It is time the EU stopped using Northern Ireland for their own cynical negotiating purposes.”

A spokeswoman for Immediate Media, which publishes BBC Gardeners’ World magazine said: “At the end of the Brexit transition period, the rules about transporting seeds and plants from and to Northern Ireland changed and the new position is complex and not yet completely clear. As our magazines are planned and produced several months in advance, we are not currently able to include seed packs with copies of BBC Gardeners’ World magazine sold in Northern Ireland.

“Our suppliers are reviewing the position constantly and we are exploring all options to reintroduce seed packs or offer our readers in Northern Ireland a different gift.”