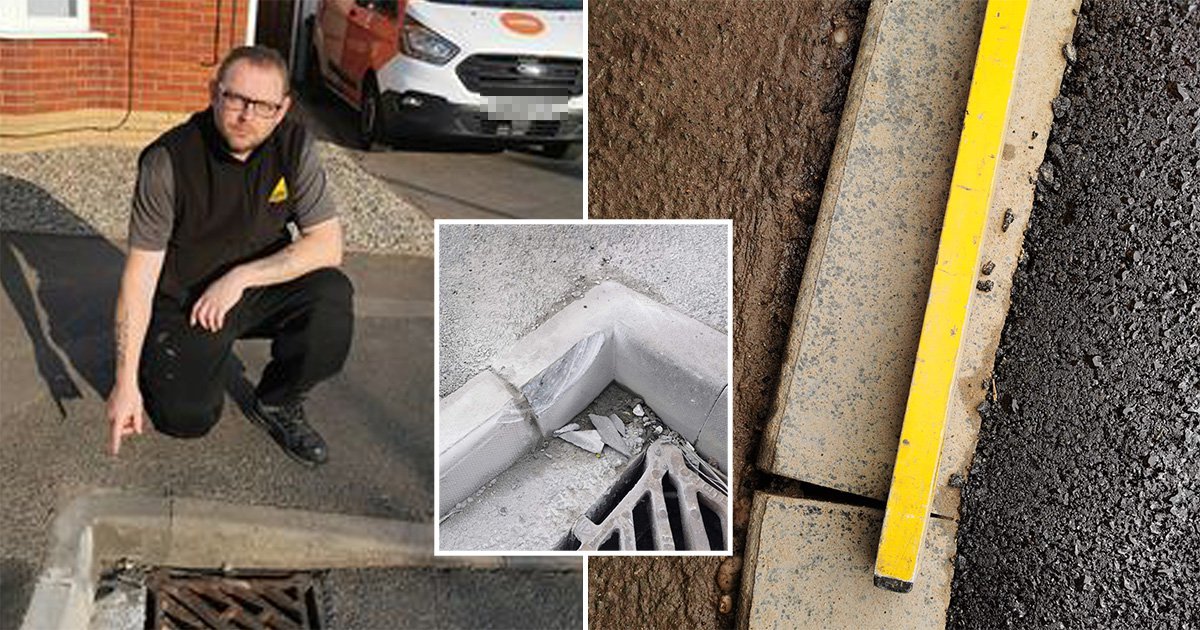 A man who paid his local council £1,850 for a dropped kerb outside his home says they ‘must be having a laugh’ due to the quality of the work.

Mr Townley, who wanted to make the change after he moved into the house, said the paperwork itself of getting a dropped kerb would come to £400 or £500, so he decided to ask the council directly.

He said: ‘I thought I’d go through the council because they can sign it off themselves and I haven’t got to worry about dodgy builders.

But he says he isn’t happy with the result.

‘I sent them photos and eventually they came out,’ he said. ‘They dropped two lads off in a van with a saw and a wheelbarrow. They had no spirit level or anything.

‘I came from work, looked at it, and immediately put my spirit level on because I knew it was wrong straight away, I could just tell.

‘The gaps between the kerb stones weren’t cut straight, because it’s on a corner. The stones are shaped a certain degree. You cut them so they fit, because you can’t have edges round a circle.’

He says he immediately complained to Stoke-on-Trent City Council about the work on his Norton Heights home, and says he was told they could not get their hands on curved stones – despite him claiming to have found the exact ones needed on the internet.

Mr Townley said: ‘They have come back out and left a big gap of tarmac; they didn’t tarmac the road.

‘They came back to fill that in and instead of levelling the other kerb stones off they just cut the top off the original kerb stones which they hadn’t touched.

‘I was given a start date of March. It has been about eight or nine weeks since they started messing it all up.’

Stoke-on-Trent City Council has not yet made a statement on the issue.