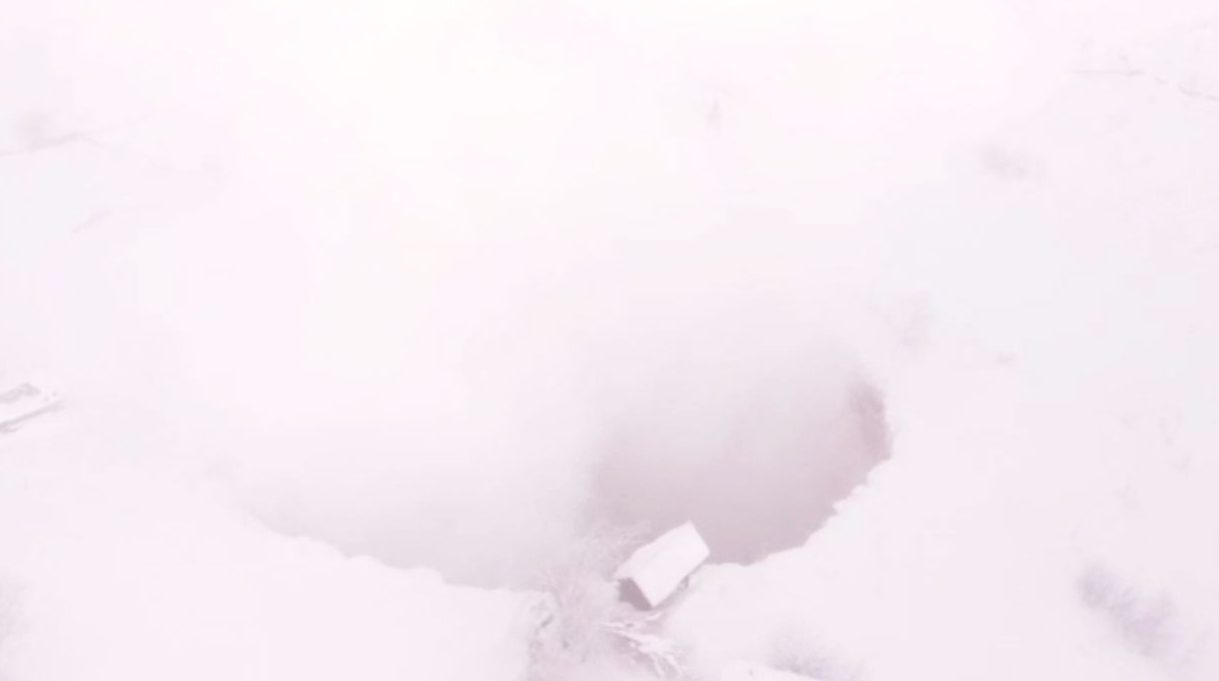 Terrifying footage shows a home hanging off the edge of an enormous sinkhole in Russia.

The ground collapsed at an iron-ore mine in Sheregesh, a ski resort in Siberia.

Four houses, including one pictured on the edge of the hole – dubbed a ‘gate to hell’ by local media – were safely evacuated before the collapse. Most of them are holiday homes.

Authorities were able to predict the natural disaster and take measures to avoid any fatalities, while work at the mine has been suspended.

The mine is owned by steelmaking giant Evraz, which was sanctioned by the UK in March over Putin’s war in Ukriane.

Evraz is a British incorporated company which ex-Chelsea owner Roman Abramovich reportedly has a 28.64% stake in.

The business recently announced its decision to make a major investment in the mine, but funds will now have to spent refilling the sinkhole.

It comes as a second shopping mall went up in flames in Moscow.

Footage showed thick black smoke rising dozens of metres above the Stroypark Mall in the suburb of Balashikha.

One man was reportedly injured in the incident this morning, which is still being tackled by firefighters.

Officials said crews observed the ‘burning of garbage in an open area covering an area of ​​200 square meters’.

On Friday, a huge blaze erupted at the Mega retail complex in northern Moscow, which is home of the original Russian Ikea store.