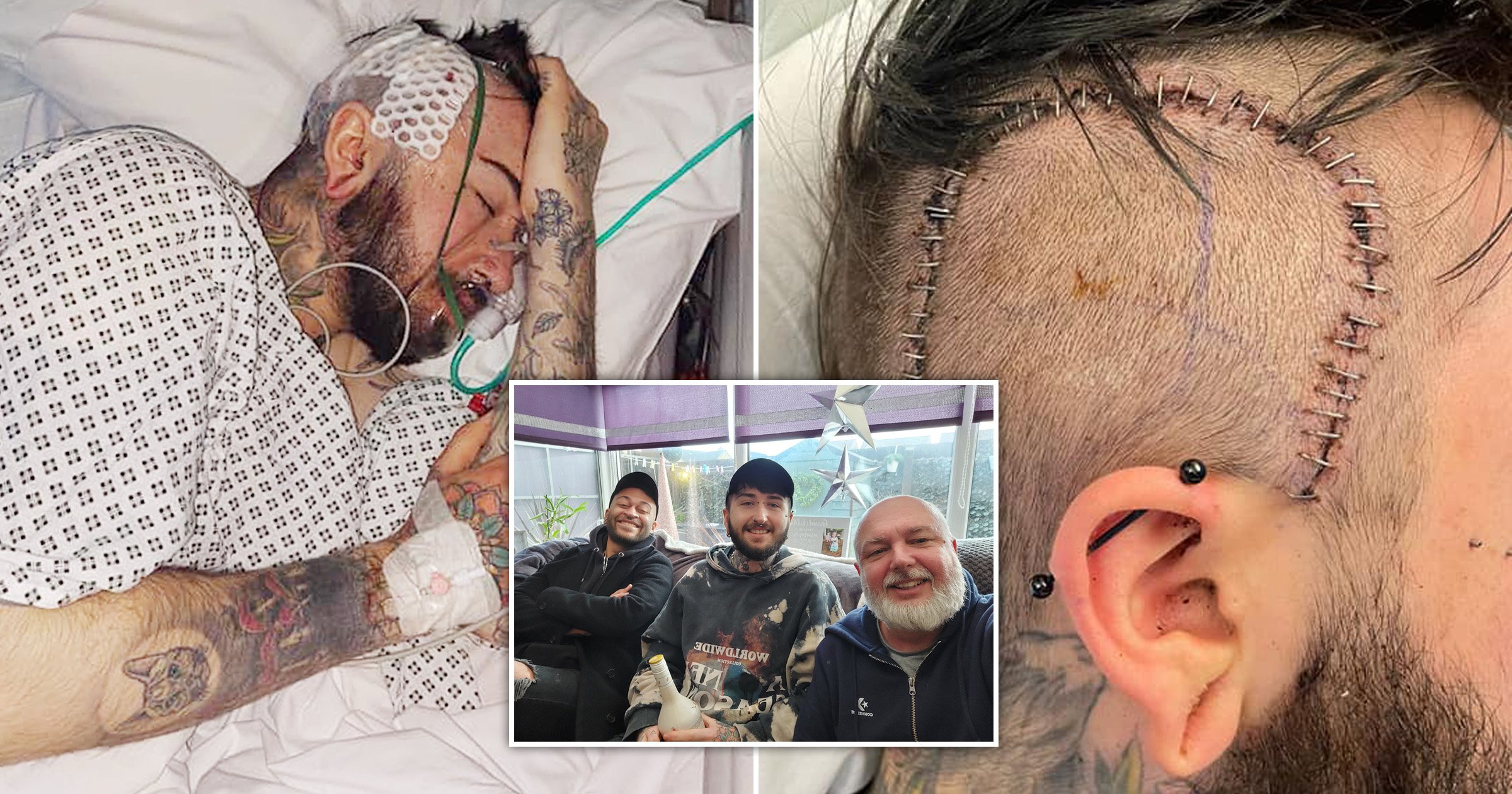 A man who moved to Manchester because it is so inclusive was almost killed in a homophobic attack.

Morgan Fevre, 22, ended up with a bleed on the brain and a severely fractured eye socket and cheekbone following the attack in the early hours of April 10.

Paul said: ‘The man said to him “Why are you wearing a girl’s jacket you f**king f*g?”

‘That’s the last that he remembers. In 2022, that people are called these names and these things happen to them – it is absolutely horrendous.’

Morgan gave his partner and family permission to release these pictures that document the extent of his injuries.

Police confirmed the incident in Chinatown at 1.35am was a ‘homophobically aggravated assault’

Paul, 53, from Retford, Nottinghamshire, said Morgan had been out in Manchester city centre with friends and believes the man first asked Morgan for a cigarette before attacking him.

Morgan – a support worker for adults with learning difficulties – moved to Manchester from the small market town of Retford, Nottinghamshire, for work more than a year ago.

Paul added: ‘Morgan has gone to Manchester thinking it’s great – you can go out and be who you are.

‘Then this happens. This has knocked him back, but we are all here for him. Without a shadow of a doubt, one of the reasons he came to Manchester was because of the city’s inclusiveness.’

Morgan, who lives with his partner Elliot Lyte in Didsbury, was taken to  Manchester Royal Infirmary by ambulance at around 2.15am.

Elliot, 30, said he was last seen walking from a pub on Deansgate up Market Street towards Piccadilly Gardens.

‘He sent his last text message to a friend at 1.30am,’ said Elliot, who believes Morgan may have been followed by the man who attacked him.

Morgan was transferred to Salford Royal Hospital for emergency surgery to save his life where he remained with a blood clot on his brain until he was discharged on Wednesday evening.

He was also left with three broken teeth and a badly broken nose, which was fractured in four places.

More than 40 staples doctors used following Morgan’s emergency craniotomy have been removed, he continues to be monitored.

Elliot added: ‘In a country of progression and in a city which has somewhere called the Gay Village, that this can happen, and these words said, is baffling and upsetting.

‘Morgan is doing well, but this will leave lasting scars both physically and mentally.’

Morgan’s family have launched an appeal on GoFundMe to help with Morgan’s expenses while he recovers.

Greater Manchester Police said in a statement: ‘It is believed the male victim was punched by another man and required hospital treatment for face and head injuries.

‘The incident is being treated as a homophobically aggravated assault and is being investigated by GMP’s City of Manchester CID.’