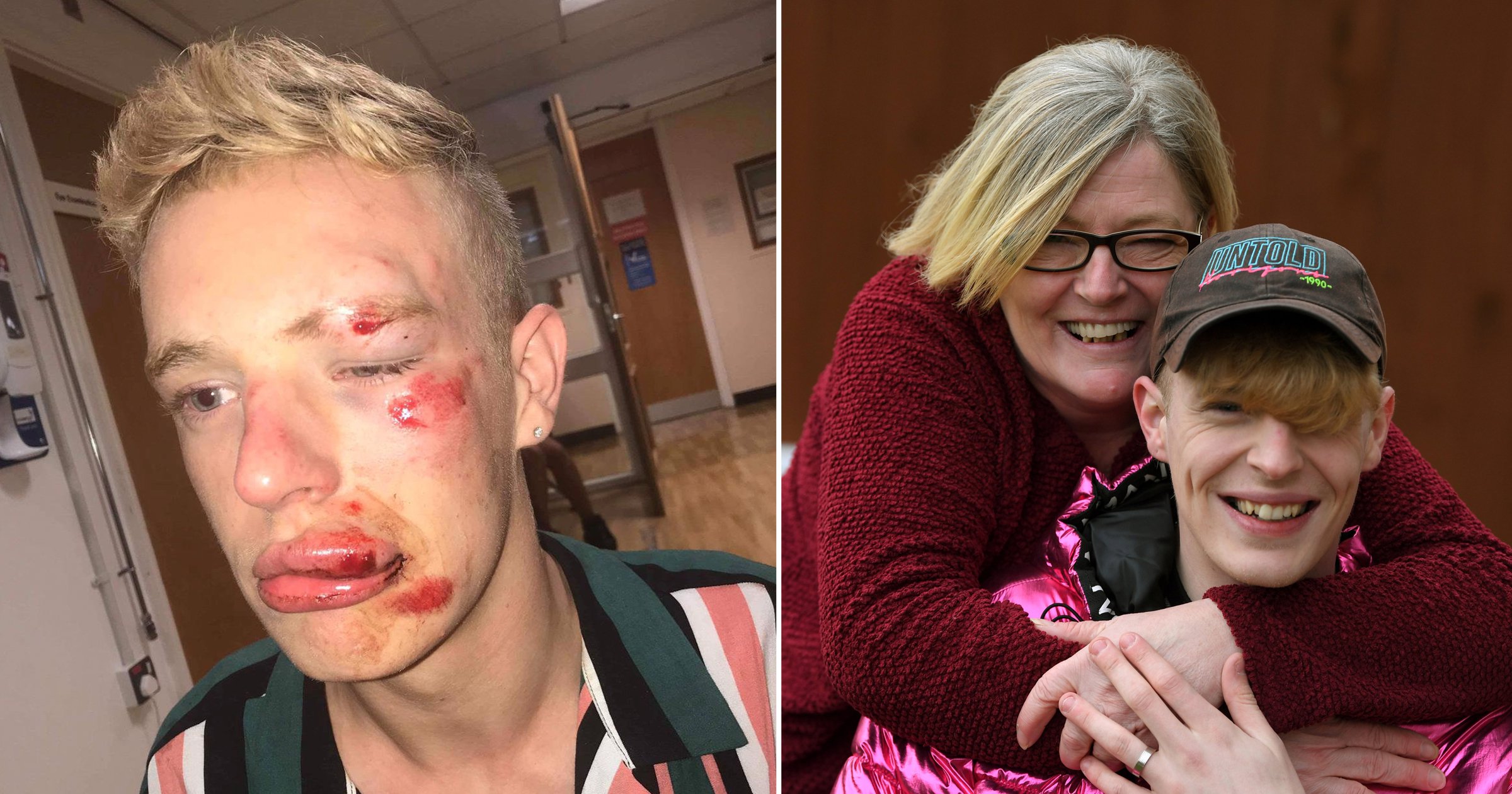 A gay man who almost died after being knocked unconscious by a homophobic thug has spoken out after his attacker was spared jail.

Ryan Williams, 24, was warned ‘gay is wrong, you all need to die’ when he was targeted by Brandon Forrester near Manchester’s Gay Village.

A female friend confronted Forrester, who was celebrating his 18th birthday, but Ryan stepped in as peacemaker and was punched in the face.

Ryan only remembers waking up in hospital to the sound of his mother’s voice. Doctors said he could have died if he had been struck just two inches higher,

He turned to drink and struggled to sleep for months following the attack on July 13, 2019.

His confidence also took a massive hit as he was left with scarring to his face, lips and eyebrows – causing him to stop modelling and drag work that he had been ‘intensely passionate’ about.

Forrester admitted causing actual bodily harm to Ryan at Preston Crown Court and was sentenced to a nine-month term in a young offender’s institution.

But Judge David Potter suspended the sentence for 18 months due to the defendant’s ‘previous good character’ and an 18-month delay in proceedings due to Covid-19.

Ryan, from Preston, Lancashire, said it felt like his attacker had gotten away with a ‘telling off’.

He walked out of court when the sentence was suspended.

‘I’ve been put through emotional and physical trauma and after 18 months it feels like nothing has come of it,’ Ryan added.

‘I’ve never been through anything like this. And he’s just been told not to do it again.’

Ryan is urging others to ‘be brave’ and speak out if they suffer homophobic abuse.

‘People think homophobia isn’t an issue anymore, but things like this are still happening to people just because of who they are,’ he warned.

‘Part of me feels like everything I have been through for the last 18 months is for nothing, but if my story helps someone else then it was worth it.’

Ryan hasn’t returned to Manchester since the summer of the attack.

‘It made me question myself a lot. I didn’t like myself. I shut myself down,’ he added.

‘I lost so much confidence. I used to be so confident and bubbly. But now I really overthink everything I do, and question myself.

‘I don’t really go out and I don’t socialise. I’ve been attacked for being me.’

‘We’re all God’s creatures in the end. I’ve been made this way just the same way a heterosexual person has been made that way.’

He told Forrester: ‘It was a heavy blow, it sent him to the floor and left him with serious facial bruising and swelling.

‘For your part you had been out celebrating your 18th birthday. What a way to spend your birthday – you clearly drunk far too much and you became involved in this horrendous attack.’