Brexit may be at threat after Johnson steps down warns O'Neill

Mr Dolan, who confessed to voting for the UK to remain in Brussels block back in 2016, claimed Brexit “will look to have been a strategic stroke of genius, not an act of self-harm” if it is “done right”. His comments came after the GB News host spoke about inflation and how the UK economy is going to be impacted by it.

Making a reference to an article by economist Mathew Lynn in the Telegraph, Mr Dolan said: “Meanwhile, Mathew Lynn expects inflation to come down by the next year even talks about interest rates.

“Let’s hope he is right about inflation. It couldn’t be more important.

“Like America and the Eurozone, we know Britain likely will enter recession at some points in months to come.

“But with the right leadership, under the right new PM, not only Britain’s fortune will take upward trend but I believe if done right, Brexit will look to have been a strategic stroke of genius, not an act of self-harm, as so many will have you believe. 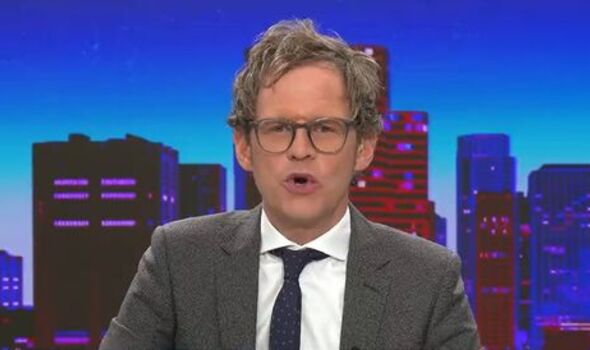 “The sun shining this weekend and the medium to long-term outlook for Britain couldn’t be sunnier too. Happy Days!”

Economist Julian Jessop expressed his views in the Telegraph and said: “The UK economy grew by 0.8 percent in the first quarter of this year, which was better than any other G7 economy, bar Canada. GDP actually fell outright in Japan, France and the United States.

“Taking a longer view, between the second quarter of 2016 (the EU referendum) and the first quarter of 2022, UK GDP has grown by a total of 6.8 percent.

“Claims that the UK economy is already 5 percent smaller as a result of Brexit therefore fail a basic sniff test.”

Mr Dolan added: “Our globally renowned financial services industry has grown even more since we voted to leave.

“With London now locked in, as a global super hub, and our currency pound has been fairly resilient given the current headwinds.

“Meanwhile, the Euro is at 20 year low against the US dollar.”

Mr Jessop went on to point out that the latest purchasing managers’ survey, published by S&P Global, has suggested that output grew more quickly in June in the UK than in any other major advanced economy.

He stated: “The real sick man of Europe was Germany.