Students graduating this year are likely to face more competition for jobs as the number of available positions falls short of pre-pandemic levels, according to the Institute of Student Employers (ISE).

The ISE survey found that 2021 has seen the highest number of applications per vacancy since the ISE began collecting data in 1999.

This year’s cohort has been forced to compete with unemployed 2020 graduates still struggling to find roles due to the pandemic and masters students entering the workforce.

“Despite employers wanting more young people than last year, there just aren’t enough roles and we’re not yet back to 2019 levels,” said Stephen Isherwood, the ISE’s chief executive. 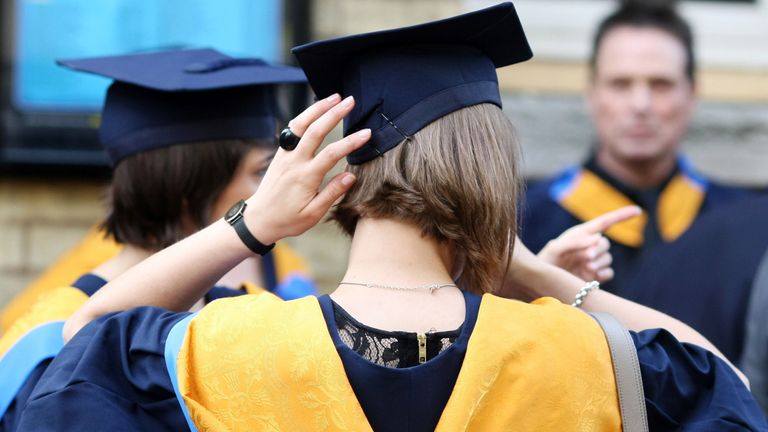 The ISE survey revealed that on average companies in the retail sector, in fast-moving consumer goods (FMCG) and the tourism industry received the most applications with 182 per position.

Competition for jobs in health and pharmaceuticals saw similarly high numbers with 155 people applying for a single role on average.

Jobs in finance followed closely behind averaging 118 graduates per role.

“Competition for jobs has been fierce,” Mr Isherwood added when reflecting on the current student jobs market.

The ISE report warned that recruitment had still failed to bounce back from the lockdown slump of 2020.

Mr Isherwood said: “This highlights the genuine struggle for young people to find work during the pandemic.

“There are more people looking for the security of a graduate programme, and this year’s cohort is competing with unemployed graduates from last year and those who did a masters degree.”

However, Mr Isherwood remained optimistic, adding: “Assuming the economy continues to recover, things should get easier over the next year when we expect a return to pre-pandemic hiring.”