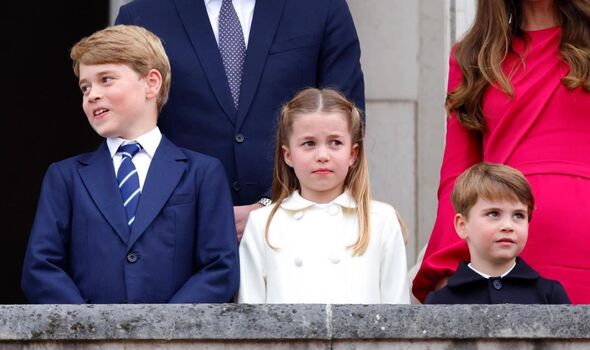 Prince George, Princess Charlotte and Prince Louis are expected to open their gifts before their cousins due to a strange Christmas tradition kept by the Royal Family. While many families across the nation will be opening their presents on the 25th, the Royal children will be opening theirs a day early. William and Kate will still lay out under the tree but most gifts for the second in line to the throne and his siblings will be exchanged around teatime on Christmas Eve.

The tradition of opening gifts a day early has its roots based in the ancestry of the Royal Family.

Former royal chef Darren McGrady explained: “The royals are of German descent so they weave in German traditions to their celebrations.

“After afternoon tea, they open gifts on Christmas Eve, as is the German tradition.”

This is to pay homage to the Windsor’s German heritage but also fits in nicely as the family have a busy schedule on Christmas Day.

The first phase of the day is the morning service, which will be attended by the King and the Queen Consort.

It’s a graceful occasion for Royal watchers, giving the public an opportunity to get a good look at the Royals in their winter get-ups. This includes the Prince and Princess of Wales and their two older children, Prince George and Princess Charlotte.

It’s unclear exactly what the rest of Christmas Day will look like, but if past years are anything to go by, it could include a festive football match between staff at Sandringham and other members of the family.

Last year it was reported the three kids woke up at 5am to see what Santa left under the tree for them and although the Prince and Princess of Wales try not to spoil their children, a source told Marie Claire “they let the rule slide at Christmas.”

“It’s actually been said and known that the children are not undergoing actual etiquette training. The Duchess of Cambridge is actually teaching them herself,” she said.

Royal author Katie Nicholl added to the Sun: “She’s [Kate Middleton] very affectionate and tactile with children – she’s apparently always hugging and kissing George, Charlotte and Louis and filling them with confidence by heaping praise on them.

“But she is also strict, particularly when it comes to limiting screen time, sugar and demonstrating good manners.”

This comes as King Charles’ Windsor Castle Christmas decorations have been revealed and fans spotted a hidden tribute to the Queen.

At a mesmerising height of 20ft, the real pine tree will be adorned with gold tinsel, and purple and red ornaments dotted around flashing lights, with purple being a nod to one of Her Majesty’s favourite colours.