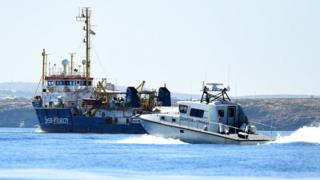 A German boat carrying migrants rescued in the Mediterranean is heading for the Italian island of Lampedusa in defiance of Italy’s warnings to stay away.

“I know this is risky, but [they] are exhausted. I will bring them to safety,” the boat’s captain said.

The vessel, the Sea-Watch 3, has spent 14 days sailing back and forth off the coast of Italy’s southernmost island.

Italy’s populist Deputy PM, Matteo Salvini, has said passengers will not be permitted to disembark.

“Immigration cannot be managed by outlaw ships,” Mr Salvini said in a post on Facebook (in Italian).

“We are ready to block any kind of lawlessness. Our patience is over.”

Italian authorities earlier warned that they would impose heavy fines or impound the ship, which has already been approached off the island of Lampedusa by an official vessel.

The head of Sea-Watch, Johannes Bayer, said the boat’s captain had had no choice but to head for Lampedusa after rescuing dozens of people from a “rubber boat” on 12 June.

“We enter Italian waters as there are no other options left to ensure the safety of our guests, whose basic rights have been violated for long enough,” he said.

The charity accuses European institutions of not fulfilling their responsibilities to safeguard people rescued at sea.

In January, the Sea-Watch 3 spent almost two weeks in limbo after rescuing migrants from the Mediterranean Sea before it was eventually allowed to dock in the southern Italian island of Sicily.

It was granted permission after six countries – France, Germany, Malta, Portugal, Romania and Luxembourg – agreed to take the migrants in.

The boat’s crew later said they felt as though they had been “held hostage”. 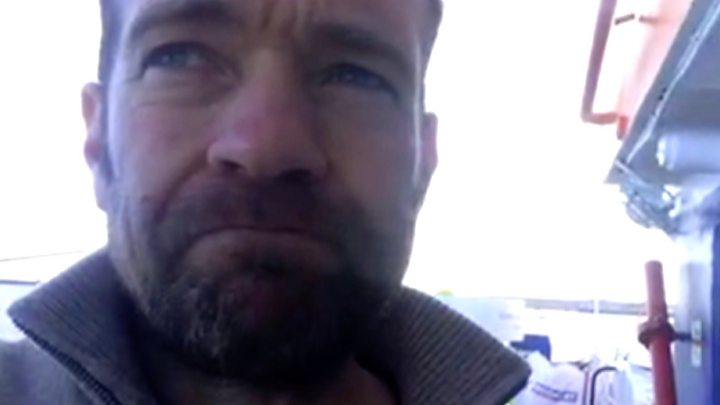