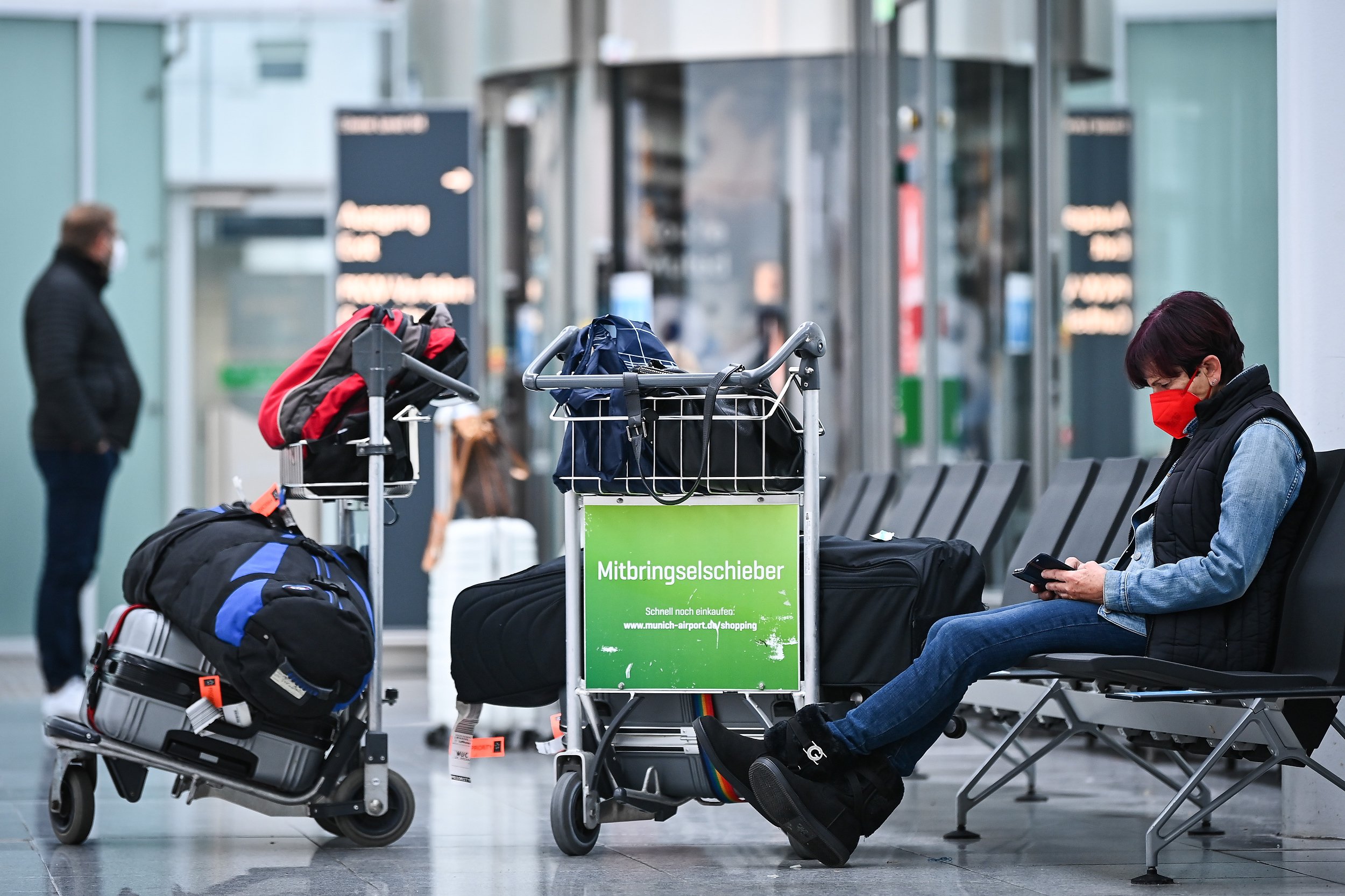 In a move that will scupper any plans for Christmas getaways, only German nationals, residents and transit passengers will be allowed to enter Germany from the UK from midnight on Sunday (11pm UK time).

Those who do qualify for entry, whether vaccinated or not, will need to show proof of a negative PCR test and quarantine for 14 days.

The country’s public health authority, the Robert-Koch-Institut, announced the new rules on Saturday evening as it classified the UK as an area of variants of concern due to Omicron.

More than 90,000 Covid cases were recorded by the British Government for the second day in a row on Saturday.

It means the UK is now in Germany’s highest category for travel restrictions, alongside South Africa, where the variant was first identified.

The new rules will be in place until at least January 3.

It comes after France announced a ban on travel to and from the UK unless there was a ‘compelling’ reason, which does not include tourism or business travel.

The UK foreign office’s advice for those wishing to travel to Germany has been updated in light of the new rules.

It states: ‘Only German citizens and residents may travel to Germany from the UK (there are limited exemptions).

‘Permitted travellers must now have proof of a negative Covid test, regardless of vaccination status.

‘All permitted travellers arriving in Germany after 23:01 on 19 December must quarantine at home for 14 days irrespective of their vaccination status.’

The UK has relaxed its own travel restrictions at the same time as countries around the world ban its citizens from entering.

This week the red list was scrapped meaning no traveller is now required to enter a quarantine hotel on arrival.

France’s announcement of a travel ban took many by surprise and prompted a rush of passengers crossing the channel before the rules came into place.

This had a knock-on effect on freight traffic, resulting in long queues of lorries at ports including Dover.

There were lengthy tailbacks on the M20 motorway in Kent and at the entrance to the Channel Tunnel on Saturday.

It followed queues at the Port of Dover a day earlier after many people brought their Christmas travel plans forward to avoid the new rules.