BERLIN — Germany will spend tens of billions of dollars to end its use of coal power within two decades, if a plan agreed to early Saturday by representatives of the power industry, environmental movement, miners and local interest groups becomes official policy.

The deal, hammered out after more than 20 hours of intense, often fractious negotiating among a 28-member commission appointed last year by Chancellor Angela Merkel, would be one of the most significant energy transformations a nation has yet attempted in the face of climate change.

Thirty countries have already set out proposals to cut their carbon emissions by eliminating coal, the dirtiest and cheapest fossil fuel, including Britain, Canada and Sweden. But none of those plans are of the scale laid out in Germany, an industrial giant that currently relies on coal for almost a third of its energy needs.

The commission’s plan now requires approval from the leaders of four states affected and the federal government.

It would come at a heavy price to taxpayers, who would provide the 40 billion euros earmarked for investment in regions hardest hit by job losses over the next two decades, along with other costs that include compensation in amounts yet to be determined for power companies taking coal plants offline early.

Solid compensation was a key demand for governors in coal-heavy eastern states, where the populist Alternative for Germany party is expected to perform strongly in regional elections next year partly on a platform of hostility to measures fighting climate change. 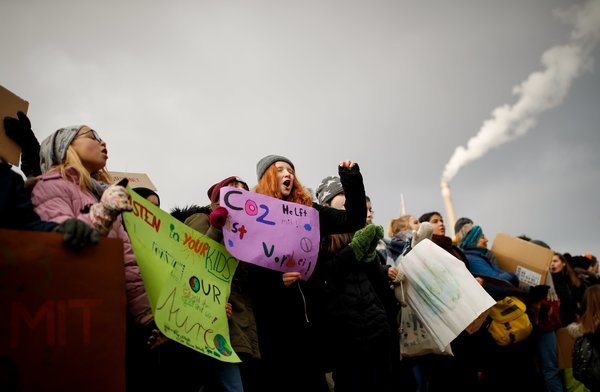 Still, a majority of Germans have said they want their country to quit coal and uphold their commitments to the Paris Climate Accord — to reduce carbon emissions by 80 percent to 95 percent by 2050.

And the negotiation process, which brought together disparate interest groups with orders to find a consensus, was designed to minimize the potential for a backlash against efforts to curb emissions, like the Yellow Vests protests in France, or a repeat of the bitter disputes over the fate of a strip of woodland in western Germany threatened by a coal mine last year.

“This is a historic effort,” Ronald Pofalla, the head of the commission, told reporters in Berlin, stressing that each of the interest groups had accepted concessions with an eye to achieving a result. “I would hope that the conflicts of recent years will now no longer be necessary, because dialogue within society contributed to reaching a consensus.”

Coal remains the single largest source of energy to generate electricity worldwide, although renewable sources like solar and wind power are rapidly becoming more affordable. But coal is incumbent — and cheap — making it the go-to energy source for rapidly growing countries or those whose industrial backbones were built on burning it.

“The whole world is watching how Germany — a nation based on industry and engineering, the fourth largest economy on our planet — is taking the historic decision of phasing out coal,” said Johan Rockström, director of the Potsdam Institute for Climate Impact Research.

“This can help end the age of finger-pointing, the age of too many governments saying: Why should we act, if others don’t? Germany is acting, even if the commission’s decision is not flawless.”

German environmentalists had hoped for a plan that would end coal use by 2030, but said a less ambitious goal could be an acceptable trade-off for a consensus that would allow the aim to be achieved.

“It is better to have bad climate protection, than no climate protection,” said Kai Niebert, president of the German environmental organization DNR and professor of sustainability at the University of Zurich, who was a member of the commission.

“This plan will make it possible to achieve climate change goals set by the German government, but it will also, and this is important, achieve affordable and secure energy supplies if the German government implements our recommendations,” said Barbara Praetorius, an environmental professor who served as one of the four leaders of the commission.

“A large majority of the population stands behind this exit from coal,” she said. “But it must be reliable, affordable and acceptable for the regions.”

Here is a summary of the deal’s key points.

A steady timetable with an ambitious start

• The plan calls for about a quarter of Germany’s coal plants — 12.5 gigawatts’ worth — to shut by 2022. The commission refrained from naming specific plants, leaving that decision to power companies.

• Reviews of those measures and other planned reductions are scheduled every three years.

• The commission refused to put a final price tag on the exit, but it foresees investing at least 40 billion euros, or $45.6 billion, in coal-dependent areas over the course of the next two decades, with a focus on job creation through innovation.

• The German government also promised to create or relocate 5,000 government jobs to the affected regions, in North Rhine-Westphalia in the west of the country, and in Brandenburg, Saxony-Anhalt and Saxony in the east.

• The commission recommended setting aside at least €2 billion a year to limit increases in German domestic power bills, which are already the most expensive in Europe. The 2022 review will set the exact amount.

• Germany already has mechanisms to compensate energy-intensive industries for the loss of cheap power; the plan would develop these further.

A cautious nod toward a symbolic struggle

As part of the agreement, the commission recommended it would be “desirable” to keep the Hambach Forest intact.

The forest, in western Germany, once stretched over nearly 10,000 acres, but over the past decade, all but 250 acres have given way to a lignite mine that feeds one of Germany’s dirtiest coal-fired plants.

For the past six years, protesters have built tree houses to defend the remaining trees, and environmental groups have filed lawsuits aimed at preventing the RWE power company from clearing the trees. Violent protests over the fate of the forest last summer made it a symbol for environmental activists around the world.