The memorial at the former Buchenwald concentration camp in central Germany stepped up security this week after some visitors went sledding on graves, the latest example of violations that have happened at former Nazi camps in recent years.

The episode at Buchenwald, where tens of thousands of prisoners died, has left historians worried, again, that the memory of the crimes committed during the Holocaust has been fading.

“Tobogganing and skiing are fun,” the Buchenwald memorial said in a statement on Facebook. “Nevertheless, we would like to ask you to show respect for the victims and especially not toboggan or ski near or even on the graves.”

The statement urged people to “behave in a manner appropriate to the dignity of the place.”

The Nazis imprisoned nearly 280,000 people at the Buchenwald camp and its satellites between 1937 and 1945. Over 56,000 died from torture, medical experimentation and starvation. Even after the camp was liberated by U.S. troops in April 1945, hundreds of inmates died as a result of the conditions endured during their imprisonment.

The site, near the city of Weimar, now hosts a memorial and a museum. The remains of thousands of victims rest in a grave complex at the end of a slope, with a bell tower at its top.

Jens-Christian Wagner, the director of the Buchenwald foundation, told the German magazine Der Spiegel that parking lots had been filled on the weekend not by visitors to the memorial, but by winter sports enthusiasts.

The tracks of some of their sleds ended at the graves, Mr. Wagner said, adding that while he understood that families needed time out with their children, they should go sledding elsewhere.

As the number of those who can testify to the atrocities committed by the Nazis during the Holocaust dwindles, historians and experts have worried that some may try to lessen the magnitude of the crimes, or that the memory of them may fade across generations.

Holocaust memorial sites have also been the targets of desecration by an increasingly assertive neo-Nazi and white nationalists. Buchenwald has increasingly faced unwanted visits from neo-Nazis, Volkhard Knigge, the previous head of the foundation that runs the memorial, said as he was preparing last year for the 75th anniversary of the camp’s liberation.

“We increasingly find messages in the guest book claiming that Nazism and the concentration camps were sensible and good for the Germans,” Mr. Knigge told German media. 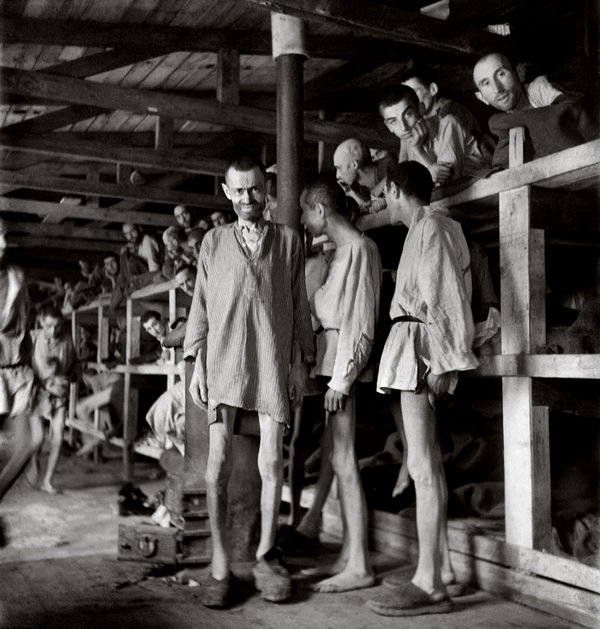 Rikola-Gunnar Lüttgenau, the head of public relations at the Buchenwald Foundation, said more people had been showing disrespect to the site by riding horses or all-terrain vehicles in the woods near the memorial, among other things.

“Unfortunately, the misuse of such a place has been a recurring theme in the history of concentration camp memorials in Germany since 1945,” Mr. Lüttgenau said in an email.

Earlier this week, swastikas and other Nazi symbols were also found on the wall of a Jewish cemetery near the Auschwitz concentration camp in Poland, according to the Auschwitz memorial.

Last month, Mr. Wagner of the Buchenwald foundation urged looters to stay away from the site after a documentary aired on German television claimed that the Nazis had hidden treasures beneath it.

But for some historians of the Holocaust, there is another possible explanation for the anti-Semitic activity and desecrations.

“More and more we seem to be having trouble connecting our historical knowledge with our moral choices today,” Piotr Cywinski, the director of the Auschwitz-Birkenau State Museum in Poland, told The New York Times last year.

“I can imagine a society that understands history very well but does not draw any conclusion from this knowledge,” Mr. Cywinski said.