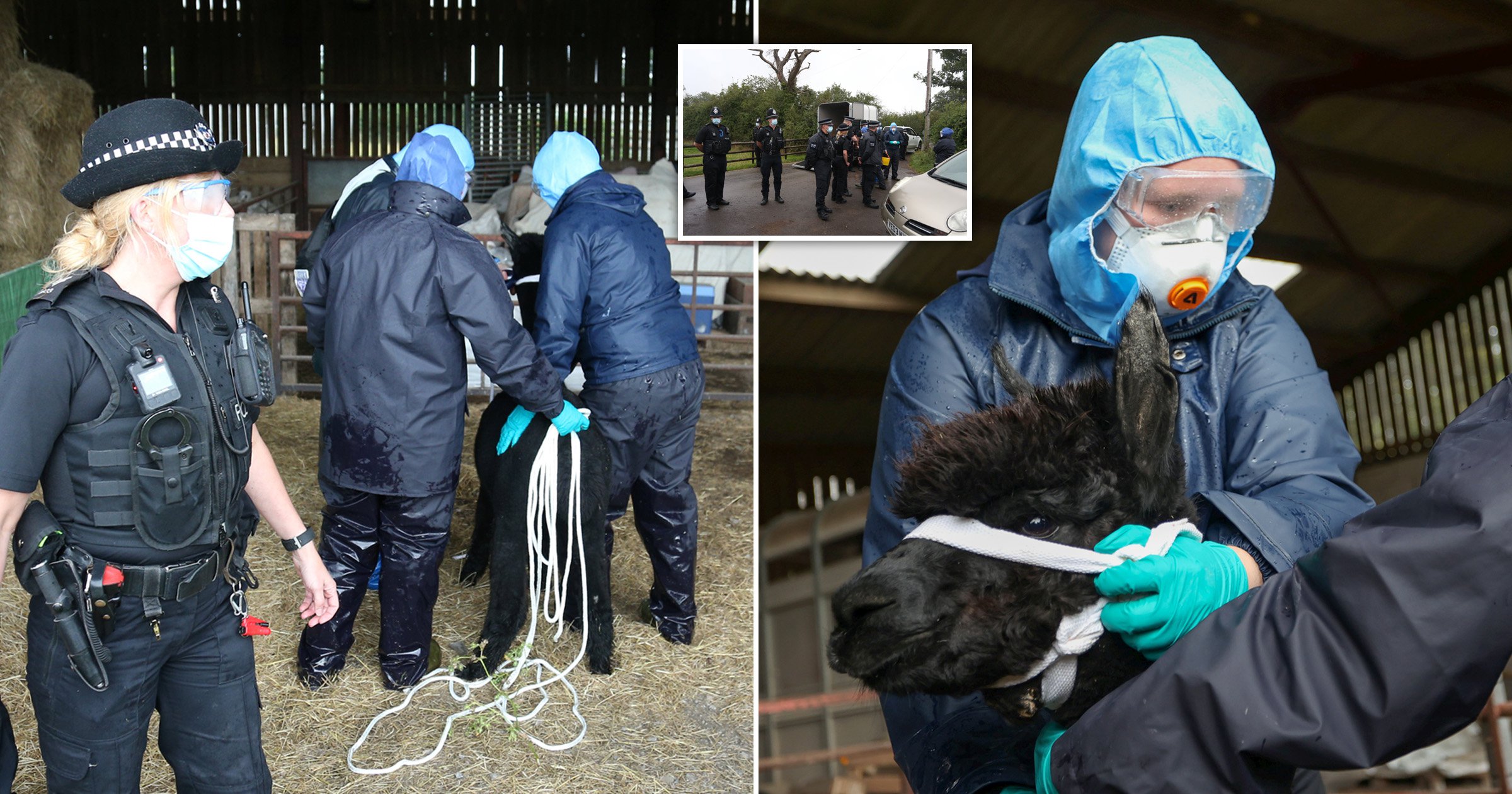 Police were seen leading Geronimo the alpaca away from his farm this morning after arriving with an animal carrier.

Several officers arrived and an official wearing blue overalls tied a rope around the condemned animal in his pen in Wickwar, Gloucestershire.

The events were broadcast on an online live feed of the alpaca enclosure.

Other alpacas on the farm, which are housed in separate pens, gathered to watch what was happening before running away.

Geronimo has tested positive for bovine tuberculosis twice and his destruction has been ordered by the Government.

But owner Helen Macdonald believes they are false results and has been fighting against the odds to stop Geronimo from being killed.

The heartbreaking scenes come just days before the animal’s death warrant is set to end on September 4, when the Government would have to go back to court and apply for another order.

Several journalists are at the farm, alongside campaigners holding a ‘We Are Geronimo’ banner opposing his destruction.