Wetherspoons: Bar staff discusses the use of word ‘double’

In an exclusive interview with The Times, Mr Martin feels let down with how the Government has handled Brexit. Part of his criticism is that the UK has not made use of the benefits of being apart from the Bloc and is instead just as ‘protectionist’ as the EU.

He told the publication: “ “One of the big advantages of Brexit is to get rid of the f***ing tariffs”

“They haven’t done it!

“If you criticise the EU for its protectionism, there’s an implicit promise you’re going to do something different.”

The 67-year-old businessman has been vocal about his views on the economy and politics. 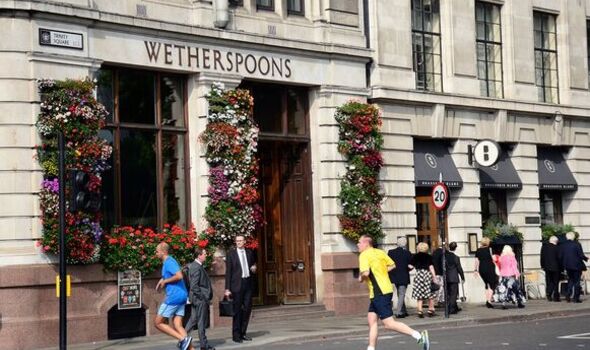 Speaking to The Times, Mr Martin said: “Tony Blair hit the nail on the head when he said Boris doesn’t have a plan.”

Around 40 years ago, he started his first Wetherspoons pub in Muswell Hill and his empire has continued to grow.

According to the news report, despite Martin’s campaign for Brexit, he is quick to reject suggestions he is against immigration.

Even though the catering industry is going through a massive staff crunch, he claimed that Wetherspoons has enough workers.

He said: “A reasonable level of legal immigration based on a points system is a plus.”

Meanwhile, he is also furious about how fear of Covid has been “stoked to an unreasonable level”, leaving older customers more reluctant to come out.

He was “relieved to see that Rishi said the approach to Covid was wrong” after Sunak criticised lockdown last month.

Mr Matin added: “Rishi has to carry a considerable amount of the can for what’s gone on so far, and that’s my worry about Rishi.”

On Truss, who is married to the accountant Hugh O’Leary, he’s “encouraged by the fact that she qualified as an accountant”.

He said: “I’m hoping that from two accountants there will be some financial gravitas to introduce common-sense policies for the economy.

“If we pay the same VAT rates on food and drink I will personally deliver a bottle of champagne to 11 Downing Street — I may get turned away at the door.”