Princess Eugenie is thought to have been heavily involved in plans to control possible disruption to the Queen’s Platinum Jubilee celebrations with the arrival of Prince Harry and Meghan Markle.

The Duke and Duchess of Sussex made their first public royal appearance in the UK in over two years as part of the bank holiday services to commemorate the monarch’s 70 years on the throne.

Sharing a close relationship with the couple, Princess Eugenie, a granddaughter of the Queen, is suggested to have been a core part of the plan to minimise the risk of attention being diverted from the monarch to the presence of Prince Harry and Meghan.

Esteemed royal commentator Richard Fitzwilliams said: “A tremendous amount of work went on behind the scenes that we don’t know about.”

Mr Fitzwilliams continued: “Princess Eugenie, who gets on with them, very likely was involved in that.”

The Princess was likely able to use her close bond with the couple, in particular the Duchess of Sussex, to manage tensions surrounding their return to the UK.

Mr Fitzwilliams added: “The facts are, they came over, it went well, they’re now back in the United States.

“It was a massive celebration, the whole thing was superbly handled.” 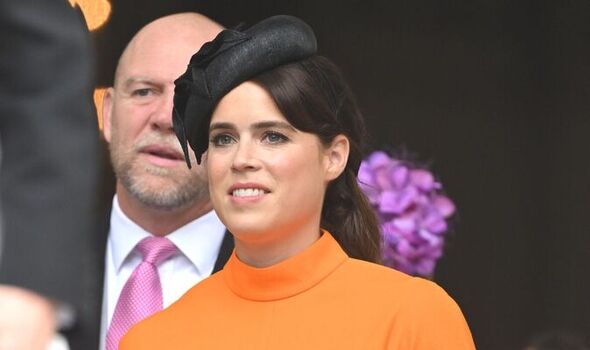 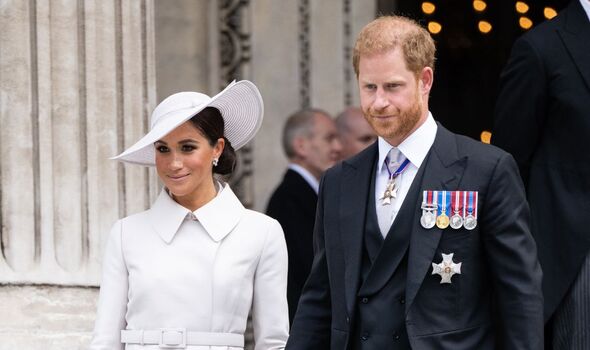 He continued: “We saw very little of them but it was a significant fact that they came.”

Despite the couple’s attendance of Jubilee celebrations, there is still a significant way to go in re-establishing their bonds with the wider Royal Family.

Mr Fitzwilliams said:  “Apart from Princess Eugenie, the relations with the Royal Family are pretty icy at the moment, as far as we know.

“That isn’t to [Harry and Meghan’s’] advantage, the jobs they get are jobs because they’re royal and that’s a fact.

“A form of reconciliation would make sense, to get one is another matter.” 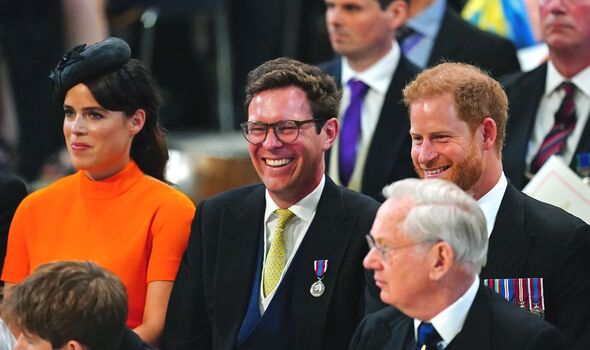 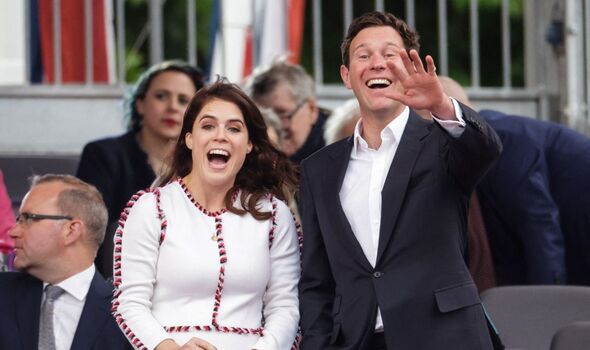 The royal commentator suggested improved bonds with the Royal Family would benefit the Duke and Duchess as they would be able to better the charitable work they are involved in through their royal position.

Mr Fitzwilliams suggested the Palace has been hesitant to welcome Prince Harry and Meghan back into royal circles as the threat of Harry’s memoir looms.

The Prince is said to be working on a book to be published later in the year which could contain “revelations” considered damaging to the Royal Family image.

In addition, royal relations have been strained by the series of interviews given by the Duke and Duchess, most notably a tell-all interview with Oprah Winfrey which Mr Fitzwilliams described as “desperately destructive.” 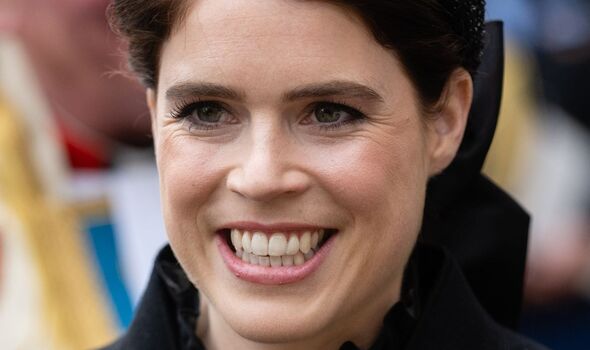 Princess Eugenie is thought to hold considerable influence over the Duke and Duchess of Sussex as it was revealed in the Oprah interview that she shared a relationship with Meghan prior to the couple’s meeting.

In the interview, Meghan said: “Eugenie and I had known each other before I had known Harry, so that was comfortable.”

Princess Eugenie and her husband Jack Brooksbank are thought to be the closest of royal family members to Prince Harry and Meghan.

The two couples were seen together chatting and smiling in a joyful reunion during the Thanksgiving Service of the bank holiday.

Prior to the Platinum Jubilee weekend, Princess Eugenie and Mr Brooksbank were thought to have been the only royals to have met the couple’s youngest child, Lilibet as they visited the family during a holiday to California.