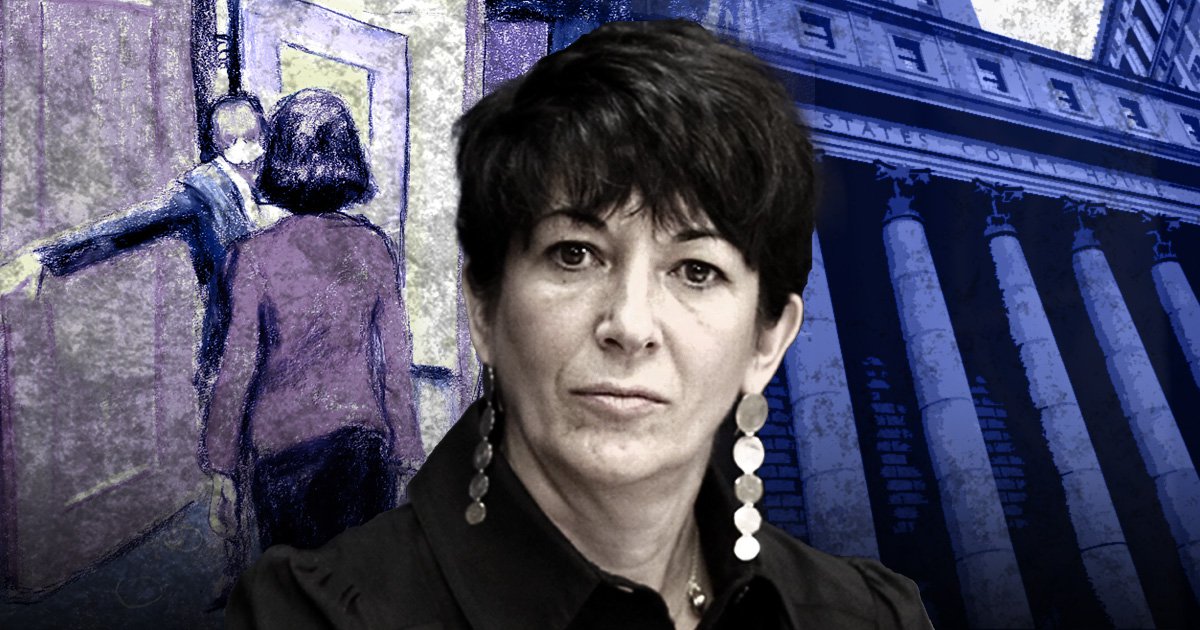 Convicted of five of six federal sex trafficking charges, Ghislaine Maxwell could say she was used by ‘master manipulator’ Jeffrey Epstein to try to lessen what’s expected to be a ‘significant sentence’, two US lawyers said.

A jury on Wednesday found Maxwell, the longtime associate of sex offender Epstein, guilty of recruiting and grooming teenage girls for sexual encounters with the late American financier between 1994 and 2004.

Maxwell, 60, was found guilty of three conspiracy charges, sex trafficking a minor and transporting a minor with intent to engage in illegal sexual activity. She could face 65 years behind bars.

With her conviction, Maxwell has few paths forward, including whether she will flip and cooperate with prosecutors.

Zachary Margulis-Ohnuma, a New York City criminal defense lawyer, told metro.co.uk on Thursday that while it’s unlikely that an appeal would be successful, there are other ways Maxwell could try to lessen her jail time.

‘She could fight hard at sentencing,’ Margulis-Ohnuma said, adding that if she pushed to lower the sentencing down some four or five years, she could apply for compassionate release down the line.

Maxwell could also aim for a reduced sentence by giving names of other powerful individuals who may have been involved in Epstein’s crimes, the lawyer said. But the question remains whether she has any information the government does not already have.

‘In theory she could cooperate, but the guy she would cooperate against is dead,’ Margulis-Ohnuma said, referring to Epstein, who killed himself in August 2019 while awaiting trial on sex trafficking charges.

Maxwell could also potentially lower her jail time by acknowledging her role in the abuse, according to Margulis-Ohnuma.

‘I think if she presents herself as a willing participant who was manipulated by a master manipulator, that could be presented more sympathetically than if she just says, “No it didn’t happen these girls are lying,”‘ Margulis-Ohnuma said. ‘Then it’s going to kill her, she’ll be locked up for a really long time.’

None of Maxwell’s options will keep her from spending significant time behind bars, according to Sarah Kristoff, a former federal prosecutor with the Southern District of New York.

‘Given the conduct and the evidence presented at trial, and the judge presiding over the case, I expect that it will be a very significant sentence,’ Kristoff told metro.co.uk on Thursday.

Still, Maxwell’s defense team is firm in their plans to appeal.

In a statement on Wednesday night, the British socialite’s family said they would support her efforts to appeal her conviction.

‘We believe firmly in our sister’s innocence. We are very disappointed with the verdict,’ their statement read.

In appealing her conviction, Maxwell’s attorneys will have to prove that the judge violated federal rules of evidence or abused her discretion, and that her error impacted the verdict.

‘If the appeal itself is successful, it would have to be successful for all counts. She would have to undo the jury’s verdict on each of those counts,’ Kristoff said. ‘Sometimes the appeal can be considered successful if the circuit undoes one count and then the defendant has to be resentenced.’

Certain ‘victories’, however, don’t lead to an individual being freed, Kristoff said.

One common ground for appeal is based on the performance of the defense lawyers, Kristoff said.

‘In this particular instance, Ms Maxwell had a really stellar group of defense attorneys who really, from what I saw, did a good job representing her,’ Kristoff said. ‘I can’t see any grounds for that appeal whatsoever.’

Even if Maxwell has some success in the appeals process, prosecutors are still likely to get a conviction based on the strength of their case and testimonies provided by the accusers.

US District Judge Alison Nathan has yet to schedule a sentencing hearing. Maxwell also separately faces two perjury counts that will be tried at a later date.

The two perjury counts relate to allegations that Maxwell lied under oath about her role in Epstein’s abuse during a deposition for a separate civil suit in 2016. Each perjury count carries a maximum prison sentence of five years.