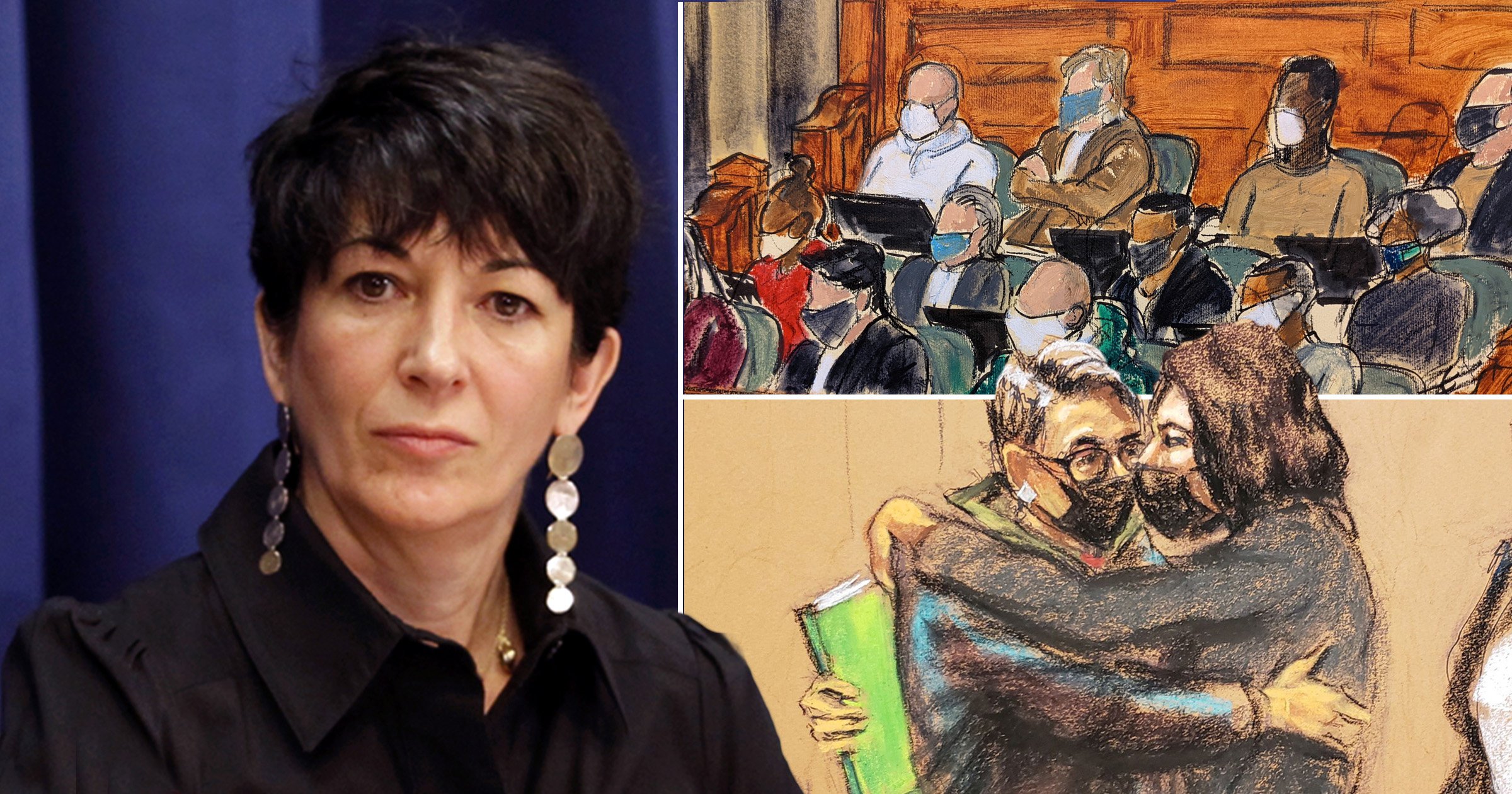 The jurors in Ghislaine Maxwell’s child sex-trafficking trial opted for a long Christmas break Wednesday, wrapping up without a verdict and without plans to return to court until Monday, leaving Maxwell to turn 60 behind bars.

The Manhattan federal court jury requested Thursday off, telling US District Judge Alison Nathan ‘they have made plans.’

Nathan urged the twelve jurors to stay safe during the holidays amid a Covid-19 surge in New York City.

After six hours of powerful closing arguments on Monday, and less than an hour of deliberating, the jury spent two full days discussing Maxwell’s fate.

On Tuesday the jury asked to review the testimony of three of the four women who said Maxwell helped Jeffrey Epstein sexually abuse them when they were teenagers. On Wednesday they asked for transcript of the testimony from the fourth woman.

Later they asked for more details related to Carolyn, who said she was 14 in 2002 when Epstein first abused her and testified that Maxwell once touched her naked body while she prepared to give Epstein a sexualized massage.

The jury must decide whether Maxwell helped her former financier boyfriend sexually abuse teenage girls from 1994 to 2004. During closing arguments prosecutors argued that she recruited and groomed the young girls, and normalized the sexual massages Epstein requested.

Prosecutor Alison Moe called Maxwell a ‘sophisticated predator who knew exactly what she was doing.’

Maxwell’s defense then called her an ‘innocent woman,’ and tried to distance her from Epstein, who died by suicide in a Manhattan jail cell in 2019 while awaiting his own child-sex trafficking trial.

‘We are not here to defense Jeffrey Epstein,’ Menninger said. ‘The government in this case has now pivoted because Epstein’s not here.’

The defense also argued that the four accusers’ accounts are not credible because their memories diminished over time. They claim they are motivated by money to cooperate with prosecutors; all four women received million-dollar payouts from a victims’ compensation fund run by Epstein’s estate.

Maxwell will celebrate her birthday in jail, and without a criminal record. She faces up to 70 years in prison if convicted on all six charges against her.

She has pleaded not guilty to all charges.

When asked by Judge Nathan on Friday if she would be testifying, Maxwell declined.

‘Your Honor, the government has not proven its case beyond a reasonable doubt, and so there is no reason for me to testify,’ Maxwell said as she stood in the courtroom.

Four of Maxwell’s siblings have attended her trial, including twins Christine and Isabel and brothers Kevin and Ian.

The four arrived with their arms linked Monday morning ahead of closing arguments.

Kevin and Isabel have been in court most days of the trial, often chatting with their sister during breaks in the proceedings. On the third day of the trial, Kevin, 62, spoke with reporters with his sister.

‘It gave me a tremendous sense of relief to be close to her, to be able to see her in the flesh, even to be able to speak with her, courtesy of the US Marshalls who have allowed us to talk to her,’ he said.

‘That’s the first time I’ve spoken to her personally in over 500 days since her pre-trial detention started,’ he said adding that he thought she was ‘looking pretty well’ despite the conditions.

Maxwell has been in jail since she was arrested in July after Judge Nathan repeatedly denied her bail applications.