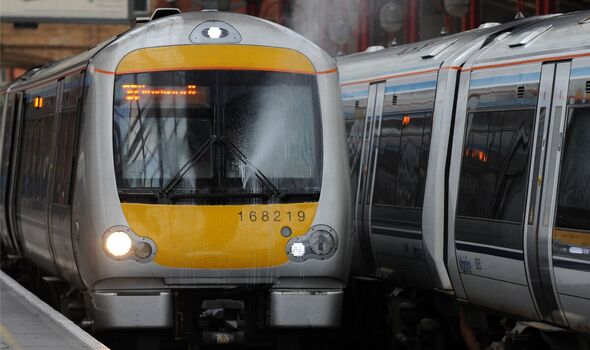 Passengers rarely use the line and Chiltern Railways wants to close it but it cannot be killed off easily.

So in an attempt to cut operating costs, the route between West Ealing and West Ruislip is being covered by a once-a-week ghost “replacement bus”.

The reason for the route’s continued survival lies in mind-boggling bureaucracy.

Legally, the company has to apply for parliamentary approval to close a line, a costly and lengthy procedure.

Now, every Wednesday at 11.17am, the bus departs and trundles through west London, arriving at West Ruislip 25 minutes later, taking six minutes longer than the train would.

In another twist, a regular bus route between the stations already exists, running every 12 minutes.

Former transport minister Norman Baker said: “The only thing more ludicrous than a ghost train is a ghost replacement bus. At a time when we are trying to get people back the trains and buses, running ghost trains and buses is not the answer.”

Chiltern Railways said: “Closing railway tracks for services no longer in use is often a costly and protracted statutory process and, as such, infrequent ‘parliamentary trains’ can be seen across the country and provide an interesting quirk for those interested in transport and infrastructure.”