Three members of a gang who stole £26m of valuables from socialite Tamara Ecclestone and other celebrities have been jailed after admitting the UK’s biggest-ever house burglary.

Most of the loot, including diamonds, jewellery and cash, is still missing – and so is a fourth suspect who is the subject of an international manhunt.

The thieves also raided the luxury homes of retired England and Chelsea footballer Frank Lampard and the late Leicester City club owner Vichai Srivaddhanaprabha in the weeks before Christmas 2019. Lampard and his wife Christine lost £60,000 of watches and jewellery, while the family of tycoon Mr Srivaddhanaprabha, who died a year earlier in a helicopter cash, had around £1m of valuables stolen, including 400,000 euros.

Ms Ecclestone, 37, daughter of former F1 boss Bernie Ecclestone, and her husband Jay Rutland were on holiday with their daughter in Lapland when their mansion home on ’embassy row’, beside Kensington Palace, was raided.

Two suspects who were said to be part of a “supporting cast” were later arrested at UK airports, allegedly with some of the stolen property on them, but were acquitted with two others after a trial.

Maria Mester, 48, who worked as an escort, was said to be wearing a necklace that belonged to Ms Ecclestone, while her son Emil Bogdan Savastru, 30, was allegedly wearing one of Mr Srivaddhanaprabha’s watches.

In each raid the gang managed to bypass alarms, cameras and even security guards and left few clues before disappearing into central London and Kent.

They celebrated their success by spending wads of cash at Harrods and in fancy restaurants then fled to Europe with their loot when media reports grew.

But they were tracked down by specialist crime detectives from the Metropolitan Police and their Italian counterparts and the three were extradited. 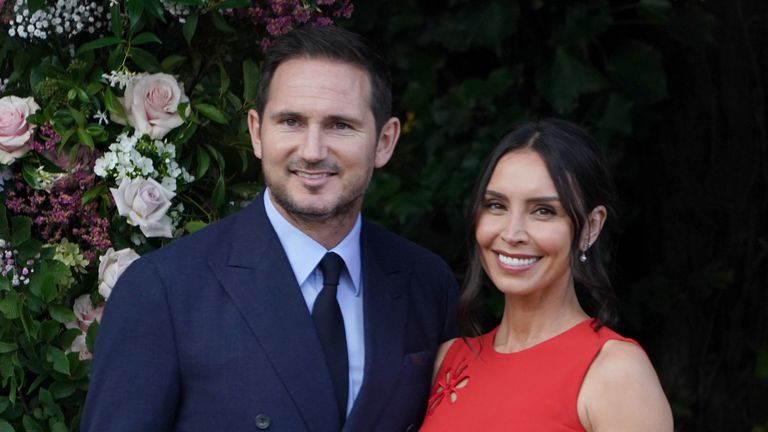 Jovanovic was jailed for 11 years, while Maltese and Donati were handed sentences of eight years and nine months.

Police believe the trio got to know each other in Milan, where they began plotting the UK raids.

Sentencing at Isleworth Crown Court on Monday, Judge Martin Edmunds QC said the victims had suffered “life-changing effects” on their sense of safety.

“The distress caused by the burglary of a home of householders who may be well-known or wealthy is no less than that caused to those in different circumstances.

“The acute distress caused to children, or the fear for the safety of children, is a particular feature.”

Judge Edmunds added: “The fact that each burglary was accomplished despite the precautions of the householders, that so much was stolen and then, it is to be inferred, removed from the country and not recovered speaks to the overall organisation, planning and criminal determination, together with a willingness to take chances. “You did so in the hope of substantial gain for yourselves but regardless of the loss to those people – not only of objects of financial value but of objects of deep personal significance and of the sense of safety and security that anyone is entitled to feel in their own home.”

Detective Constable Andy Payne, of the Metropolitan Police, said the specialist crime unit linked the three raids after ruling out the possibility that the Ecclestone burglary was ‘an inside job.’

All they had to go on was 15 seconds of grainy CCTV which showed three figures going across the Ecclestone back garden, two disposable, unregistered mobile phones, and screwdrivers the raiders left behind. There was no DNA or fingerprints.

Police knew the gang had flagged down a black cab near the scene of one raid, but they had no registration number.

After trawling through more than a thousand cabs they worked out had been in the area, a driver finally told them he thought he had picked up the suspects and dropped them off near a hotel in Park Lane.

A second cab took them to Victoria Station and from there police picked up a trail of CCTV images that eventually identified the burglars.

“It was an incredibly challenging investigation because they left hardly any trail, they had no criminal past to speak of and there was little CCTV. They recced their targets, did dry runs and employed lookouts,” said Mr Payne. “As they moved around London they made ghosts of themselves, walking in shadows, wearing hats and looking down if they passed a camera, keeping apart from each other, using unregistered ‘burner’ mobile phones and paying for everything in cash.

“They thought they were untouchable and all three of them told me when they were extradited that they were amazed they had been caught and praised us for tracking them down.”

Police said the gang were plotting to raid the homes of other high-profile figures and are thought to have carried out lucrative burglaries in other European countries.

Detectives believe a fourth main gang member was Serbian national Ljubomir Romanov, 40, who is thought to be in Belgrade, where the authorities refused to extradite him to the UK in August.

The investigation is far from over, as detectives search for the loot and pursue other potential suspects who they think helped the ringleaders.