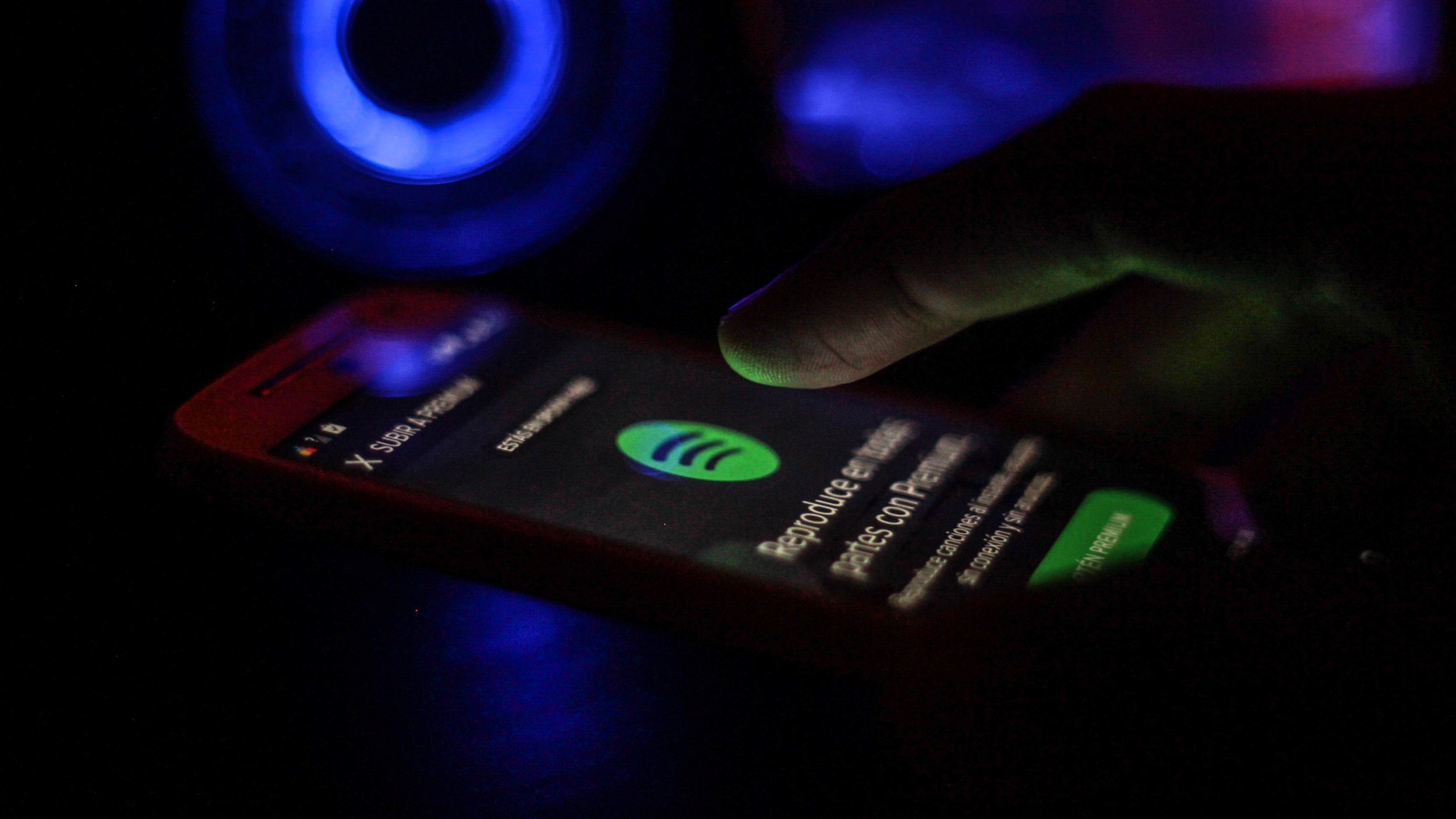 A mum has warned other parents to watch what their children are doing online after her daughter was groomed on Spotify.

Rachel, whose name has been changed to hide her family’s identity, said it was the only app she allowed her 11-year-old to use without controls because she thought it was safe and was only listening to podcasts before bed.

But the teacher from Stockport, Greater Manchester, was shocked when she checked her daughter’s email account after Christmas when her music streaming account became locked and was notified of breaching terms and conditions.

Rachel said: ‘I saw another email in her inbox, this time from a man’s name I didn’t recognise.

‘I asked her who he was and she said, “he is one of my friends on Spotify”. She said she had given him her email address so they could play Minecraft together. She said he was only 12.

‘I asked her how because you can’t message people on Spotify. She told me you make a new playlist and you put your message in the title and they check the playlist and reply.’

When she further questioned her daughter about what she was doing on the platform, the mum eventually found her 11-year-old had been uploading inappropriate images of herself.

She had been asked to post a video of her pleasuring herself, and another user called ‘I have nudes’ requested she ‘show a good view’ of her genitals.

Rachel added: ‘We found another email from the man who had asked her to pleasure herself. She didn’t understand and was getting very upset.

‘I felt physically sick. When I searched her name on Spotify I could see her playlist.

‘We could see pictures she’d uploaded on there. They were very explicit.’

She put her daughter to bed and called the police on 101, and was immediately told to call 999.

Rachel also contacted Spotify through the website’s live chat feature and requested the images be removed.

She claimed it took multiple reports of the account and the playlists before the explicit pictures were finally taken down.

‘The police officer who came to our house said she had not heard of Spotify being used like this so she was quite shocked,’ she added.

‘They said they would try and track down the email address of the man who asked her for a video but if he lives in another country there isn’t much they can do.

‘That’s why I am so determined to spread awareness of this to make other parents aware as we had no idea this could happen. I think in my daughter’s eyes the people she was messaging were not real people.

‘Because she is so young we hadn’t had a proper chat about explicit photographs or anything like that. But I have taught kids under the age of 10 [who are] Googling how sex works. I don’t think education is keeping up with the online world.’

A Spotify spokesperson said: ‘Spotify takes the safety of minors on our platform extremely seriously, and we do not allow content that promotes, solicits, or facilitates child sexual abuse or exploitation.

‘We have processes and technology in place that allow us to detect and remove any such exploitative material. In this case, we found the imagery in question, terminated the user, and removed the content.’

The website’s rule page says sexually explicit content is not allowed and may result in the account being terminated.

It is understood the NSPCC has never seen this kind of grooming before.

Richard Collard, online safety regulatory manager at the NSPCC, said: ‘Child sexual abuse is an evolving threat and taking place at a record scale online, and this incident shows how offenders will exploit any app children use if it is possible to do so.

‘We must ensure tech firms do all they can to disrupt online child abuse. The Government’s Online Safety Bill will introduce legislation that will hold platforms responsible for finding and disrupting this activity.

‘A strengthened Bill that holds senior managers accountable for safety would make the UK the global authority for children’s safety online.’

The government’s delayed Online Safety Bill is due to be put in place this year and aims to improve protection for children from harmful content on the internet.