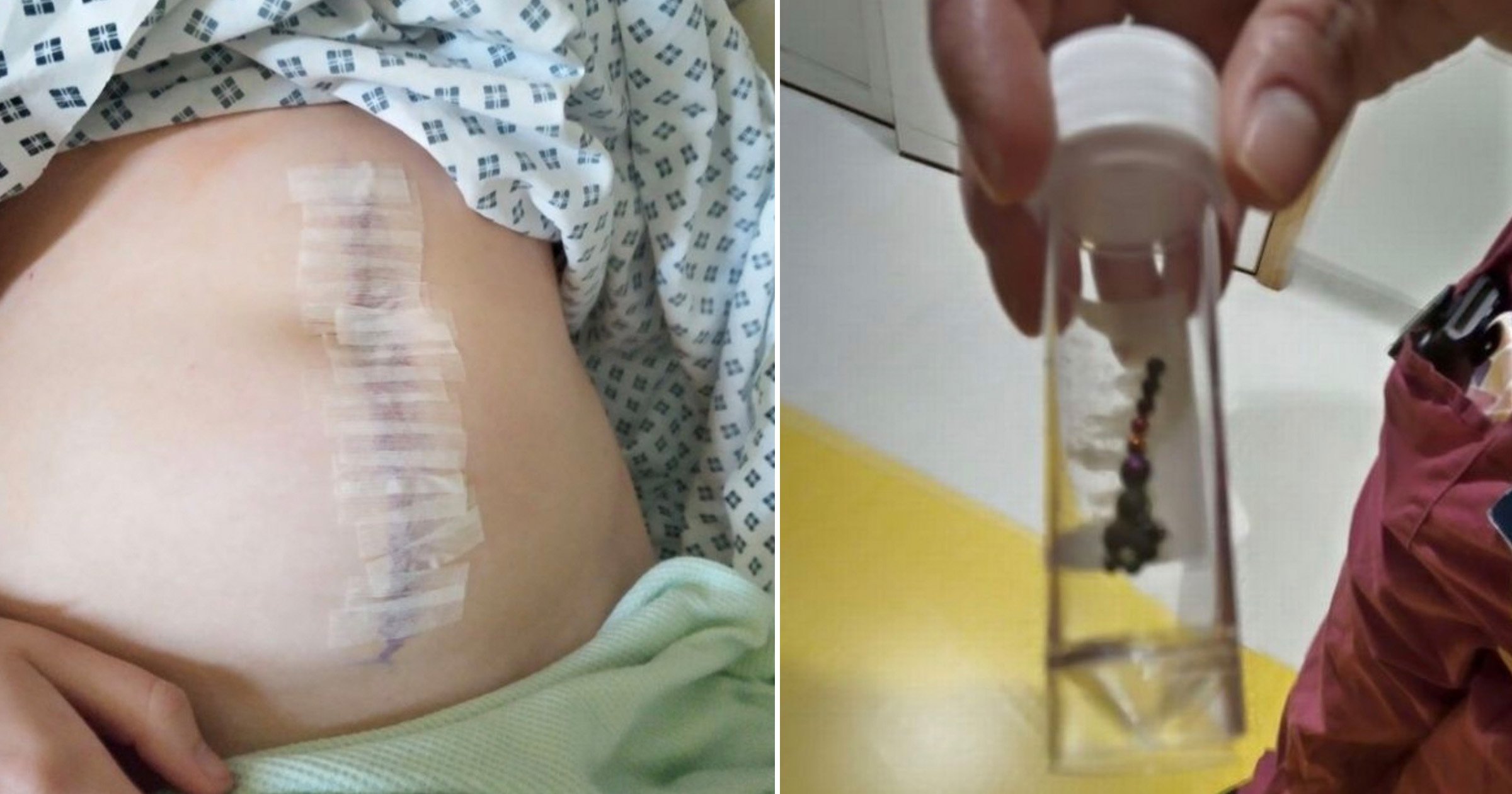 A mum has issued a warning after her daughter, 13, had to have her appendix and part of her bowel removed because of a video she copied on TikTok.

Faye Elizabeth said her daughter, who she has not named, had placed magnetic ball bearings on either side of her tongue and cheeks to create the appearance of piercings.

The girl then began vomiting and complaining of stomach pains, with doctors later spotting 10 of the ball bearings inside her on a scan. The balls had lodged themselves in her bowel and appendix.

She was rushed to Alder Hey Children’s Hospital in Liverpool, where she underwent emergency surgery. Altogether, medics removed 15 magnetic beads from her body.

Faye said: ‘They had to take part of her bowel away and re-stitch it. There was one stuck in her appendix so they had to remove that.’

Her daughter has now been left with a six-inch scar from the operation, and is continuing to recover in hospital.

Her mum told the Liverpool Echo: ‘I don’t know when she swallowed them because she didn’t admit at first to doing it. I think she was a bit scared of admitting what she’d done.

‘Apparently she watched a TikTok video where there’s a trend that all the kids are doing at the minute. I haven’t actually seen it but she told me about it and a lot of
other children her age have seen it.

‘They put one of the beads on top of their tongue and one underneath and it makes it look like their tongue is pierced.

‘They’re magnets but because they’re so small they’re easy to swallow.’

Besides being a choking hazard, swallowing magnets can be particularly dangerous as they will attract each other through intestinal walls. This can trap the magnets in place and cause holes or blockages to form.

Faye’s daughter will remain in hospital for another week before she is allowed to go home. She is currently being fed through tubes and is in a lot of pain, her mum said.

‘I think parents need to be made aware of these magnetic beads as they’re very dangerous,’ Faye added.