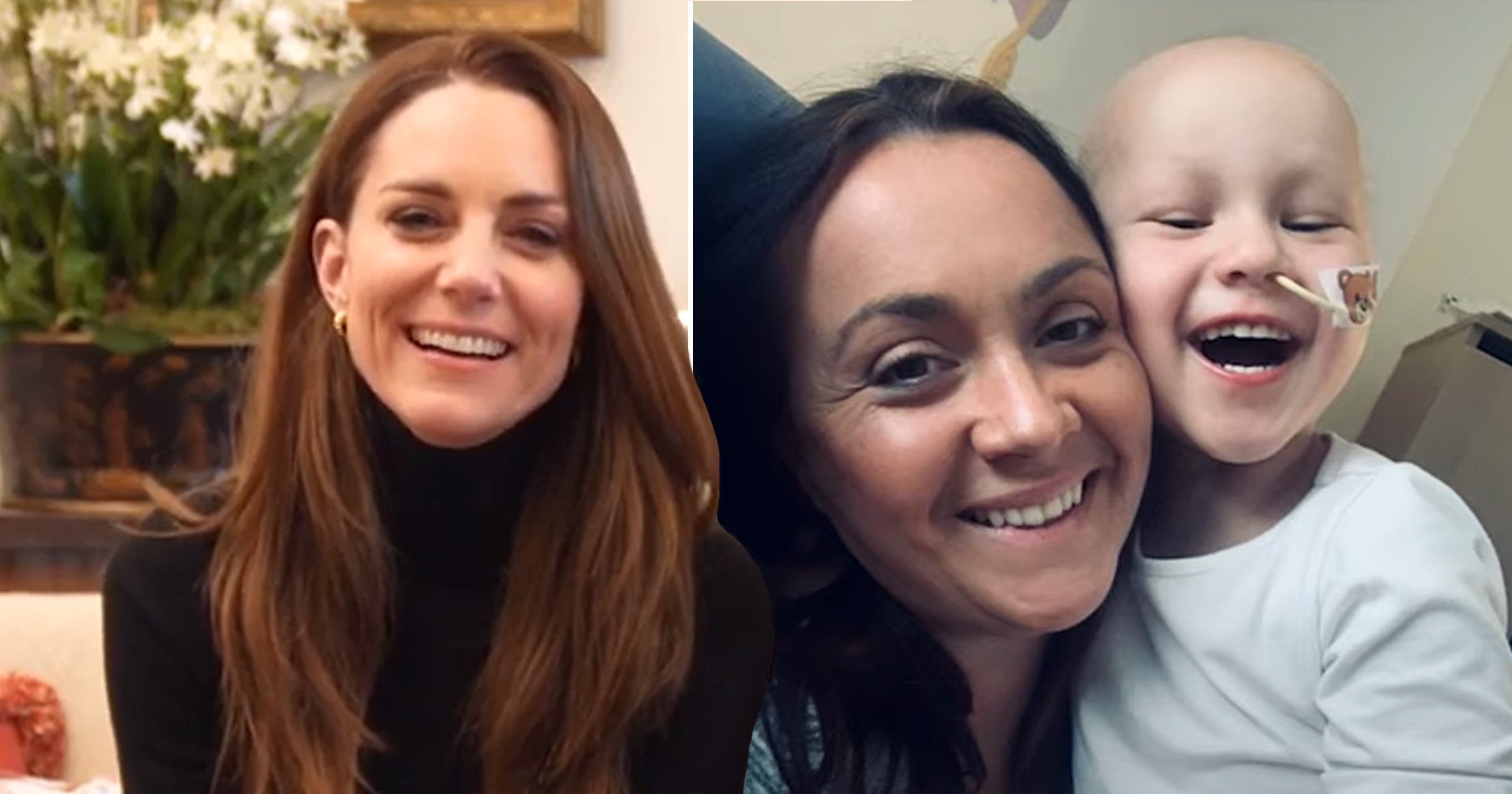 A four-year-old girl with cancer was thrilled to receive attention from a ‘real life princess’ during a call from the Duchess of Cambridge.

The first instalment on the Duke and Duchess’s new YouTube channel shows her in conversation with Mila Sneddon and her mum, Lynda.

In unused segments from the 20-minute chat last year, Kate sympathises with her young fan, who is undergoing chemotherapy, about the death of her goldfish and shows her ‘passion’ for mental health issues.

A picture of Mila, now aged five, features in Kate’s ‘Hold Still’ project, which forms a book of 100 photographs capturing the ‘portrait of the nation’ during the pandemic.

Lynda and husband Scott made the wrenching decision to isolate in different households at the start of the first lockdown to protect their daughter, who has her hair and has a lowered immune system as she fights acute lymphoblastic leukaemia.

Lynda, a social worker, captured an absorbing image showing the divide through a window as Scott remained outside on a visit.

In the video, Kate says that she will wear the schoolgirl’s favourite colour, pink, if they meet in person.

The highlights uploaded on Friday were taken from a longer conversation which the family has kept under wraps after it took place six months ago.

Lynda, from Falkirk, told Metro.co.uk: ‘We were obviously honoured just to be chosen to be among the finalists let alone an unexpected phone call, if you like, from the Duchess.

‘We had to keep it a secret for six months so we’re glad the cat’s out the bag. We were told Kate would spent a few minutes on the phone but in the end it was about twenty.

‘She spoke to Mila about her own kids as well and she was really in tune, it was like sitting and having a chat over coffee with one of your friends.

‘We chatted a bit about mental health and the challenges for Scott as well and she just had such an amazing way about her.

‘She’s a remarkable lady, we were really taken aback.’

‘For any wee girl it’s huge to receive a call from a real-life princess.

‘She went into school and told them how she’d been speaking to a princess, I think they wondered what film she’d been watching, but otherwise we’ve managed to keep it a secret until now.’

Launched on Friday, the book contains 100 final images including the picture of Mila kissing her dad through a window as she was shielded during her treatment last year.

Lynda said: ‘Kate had such a natural way about her and we chatted to her about pets and Mila said she has two goldfish in a tank and had a previous fish which died. Kate said she was very sorry to hear that, that it had been a very old fish and asked what kind of fish they were.

‘It was just like the response you would get from a very old friend.

‘She also spoke about mental health which you could tell is something she’s very passionate about. We spoke about community support and she asked if I was doing ok, not just with Covid but with Mila’s treatment.

‘She said how important it is for communities to support one another with all the challenges they are facing.

‘She said she had close friends who she wanted to meet, it was just like speaking with someone you’ve known forever.’

The phone call has given her family a lift as she faces another 10 months of chemotherapy, which includes nightly sessions at their home. At the end of her treatment she will undergo tests to see if she is in remission. 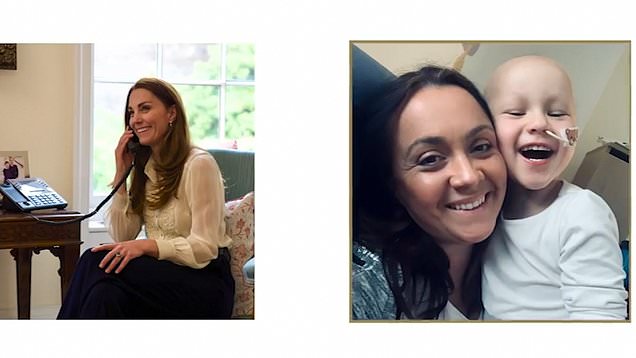 In the video, Kate is asked by Mila if she was wearing a costume, to which the Duchess replies: ‘I’m not wearing a princess costume right now, I’m afraid Mila. Do you have lots of dressing-up outfits yourself?’

Mila said ‘yeah’ and told Kate her favourite colour was pink, with the Duchess saying: ‘OK, well I have to make sure I go and try and find myself a pink dress so that hopefully, when one day hopefully, Mila we’ll get to meet, and then I’ll remember to wear my pink dress for you. Would that be nice?’

The family’s photograph, entitled Shielding Mila, was taken on their first day of the seven-week separation and went viral after Lynda shared it online.

Scott, a service engineer, had to go to work and didn’t want to risk bringing coronavirus into their home.

He went to stay at Lynda’s parents with Mila’s 16-year-old sister, Jodi.

Mila told Kate how she was ‘so surprised’ when he finally was able to come back into the house. 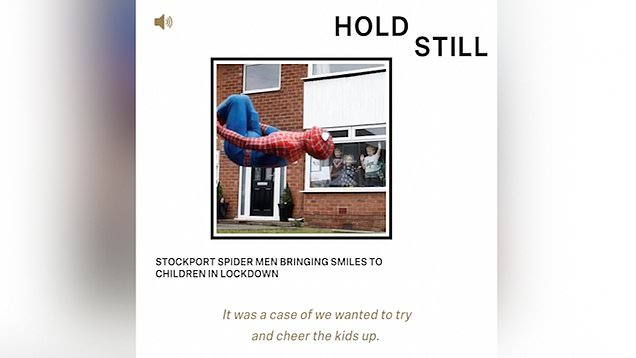 The Duchess and the National Portrait Gallery launched the Hold Still project last year and invited people of all ages from across the UK to submit a photographic portrait taken during the first lockdown.

Out of the 31,000 images submitted, 100 were chosen for a digital exhibition, before being displayed across the country as part of a community exhibition.

They are also featured in Kate’s new book — Hold Still: A Portrait of Our Nation in 2020.

Net proceeds from sales will be split between mental health charity Mind, and the National Portrait Gallery, helping both of them with their community projects.