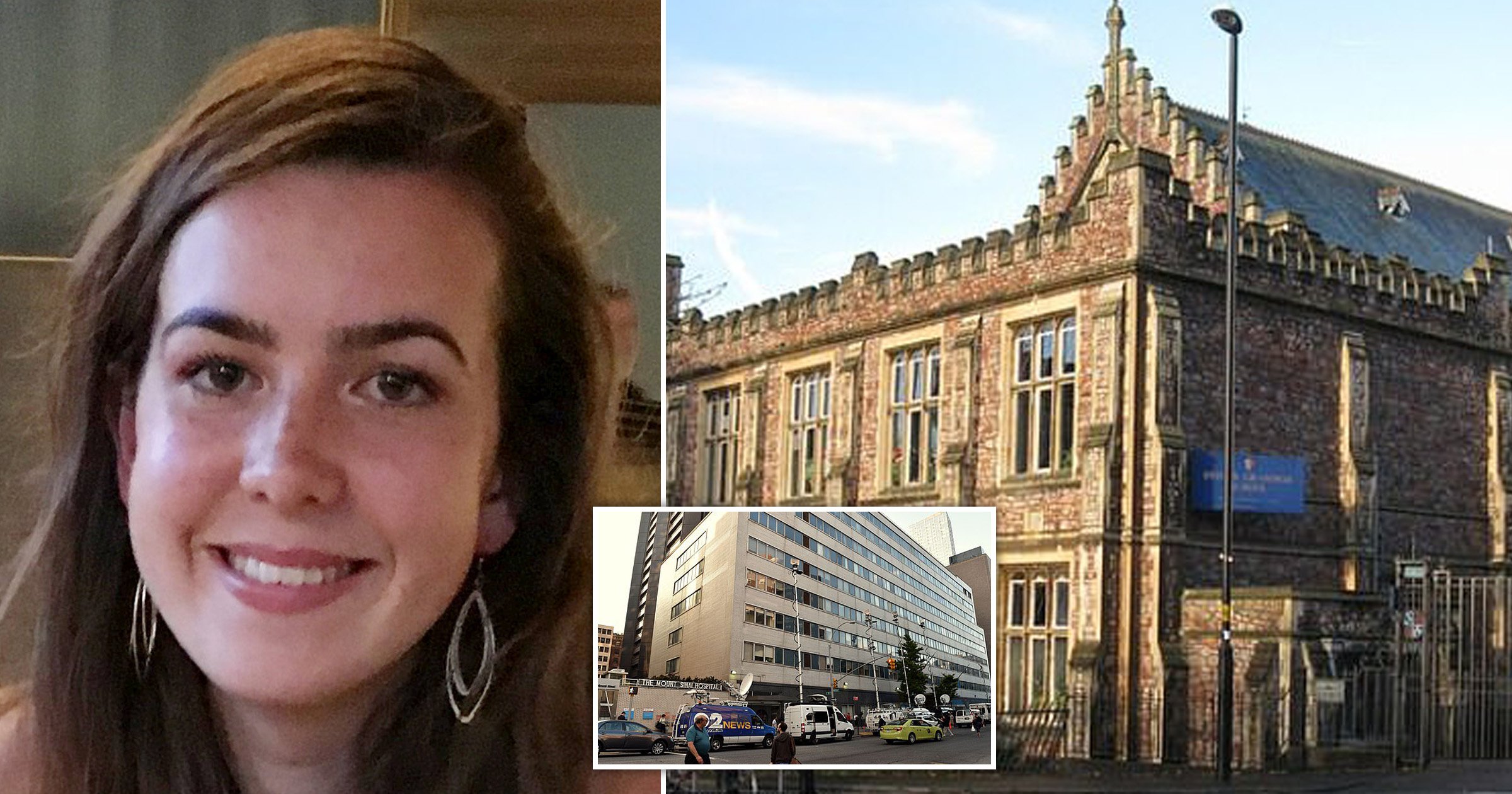 A schoolgirl died from sepsis on a trip to New York after teachers ‘refused’ to let her see a doctor, an inquest heard.

Her parents said Ana told teachers she thought she had a chest infection and asked to see a doctor two days before her death, but this was ‘refused’.

However, a teacher told the inquest Ana had only complained of feeling tired and having a blocked nose, and did not directly ask to see a doctor.

Avon Coroner’s Court heard Ana collapsed in her hotel room on the morning of December 19 and was pronounced dead after arriving at the hospital.

A report by New York’s chief medical examiner concluded that Ana, of Redland, Bristol, had died from Bronchopneumonia and sepsis complicating an influenza upper respiratory infection.

In a statement read to the inquest, Ana’s mother Natalia Uglow described how she was a ‘conscientious’ student who was very active in the school and was a senior prefect.

Ana had been off school with a cold-like symptoms for two days before the big trip to Washington, Philadelphia and New York, but felt better and set off to Washington from Bristol early on December 14.

The following day, Ana told her mother that she was ‘exhausted’ and had done a walking tour of Washington with fellow students and teachers Rory Hambly and Ellice Clare.

On December 16, Ana ‘described that she had no energy to walk’ and had asked to stay at the hotel while the group went to the National Museum of African American History and Culture.

They travelled by train from Washington to Philadelphia on December 17 and Ana called her mother several times during the journey.

‘Ana said that she was worried she had a chest infection, that she felt much worse and had a fever and a cough,’ Mrs Uglow said.

‘She said that the teachers had really annoyed her as she was out of breath and exhausted and could not keep up with their walking but that they just ignored her and carried on.

‘She said that they were ‘real history fanatics and all they cared about is chasing those sites and were very excited about them’.

‘I was concerned about her and said to Ana to speak to the teachers and ask them to see a doctor and phone me back. I told her to exaggerate her symptoms if necessary to get the result and say that her parents were concerned.

‘I also offered to speak to them myself. I believe Ana spoke to Mr Hambly as she reported back that Mr Hambly had told her that she would have had a higher temperature if she had a chest infection and advised her to take paracetamol.

‘I was also told he had also suggested that they go to a pharmacist in Philadelphia to get some stronger drugs and that if she felt worse in New York they would take her to a doctor.’

Later that day, Ana sent her mother a text message to say she was feeling ‘a bit better’.

Mrs Uglow told the inquest: ‘She was concerned, she was worried and to my dying day I will never forgive myself for not following through my request for her to see a doctor and not phoning the teachers myself and putting pressure on them.’

She said her daughter ‘respected’ both Mr Hambly and Ms Clare and would not have wanted to ‘nag’ them.

On December 18, Ana told her mother she had not slept as she was sick and had asked the teachers if she could stay in her hotel room that day but they had ‘forced her to go on a walking tour as they could not leave her alone’.

The following day, Dr Uglow received a phone call from the school’s headteacher stating that Ana was in a critical condition in hospital.

Mrs Uglow said she rang the trip’s emergency phone number before texting it: ‘Why did you not take Ana to the doctor when she asked???’

She told the inquest: ‘I was very furious with those teachers who neglected Ana’s request to see a doctor on Tuesday morning and after she had been sick overnight, nothing was done to save her life’.

Dr Uglow described receiving a phone call from the headteacher informing him that Ana was in hospital.

‘I told the headmaster that the teachers had been treating Ana terribly,’ Dr Uglow said.

Giving evidence, Mr Hambly said Ana complained of feeling tired and having a blocked nose in the days before her death.

On the train journey, she asked ‘about if she was feeling worse in New York what would the situation be about getting to a doctor’ but did not directly ask to see one, said.

Mr Hambly insisted he had told Ana they could see a doctor if she that was the case and suggested she take paracetamol, after which she appeared ‘much brighter’.

He later advised her to buy decongestant and cough syrup from a pharmacy in New York.

On December 18, Ana came on the walking tour before shopping with a friend but that evening she had a ‘coughing fit’ and ‘lent over a bin and retched’ during a tour of the Empire State Building, he said.

Mr Hambly was awoken by Ana knocking on his door complaining of feeling unwell, her heart racing and a sore back at about 6.30am on December 19.

He said Ana was walking and talking ‘normally’ and returned to her hotel room but about an hour later, her friend came and said she was unwell.

‘Not even in my wildest dreams could I have imagined what the next few minutes were going to bring,’ Mr Hambly said.

Ana collapsed in the room shortly after Mr Hambly arrived. He called the emergency services and she was taken to hospital, where she was pronounced dead at 10am.