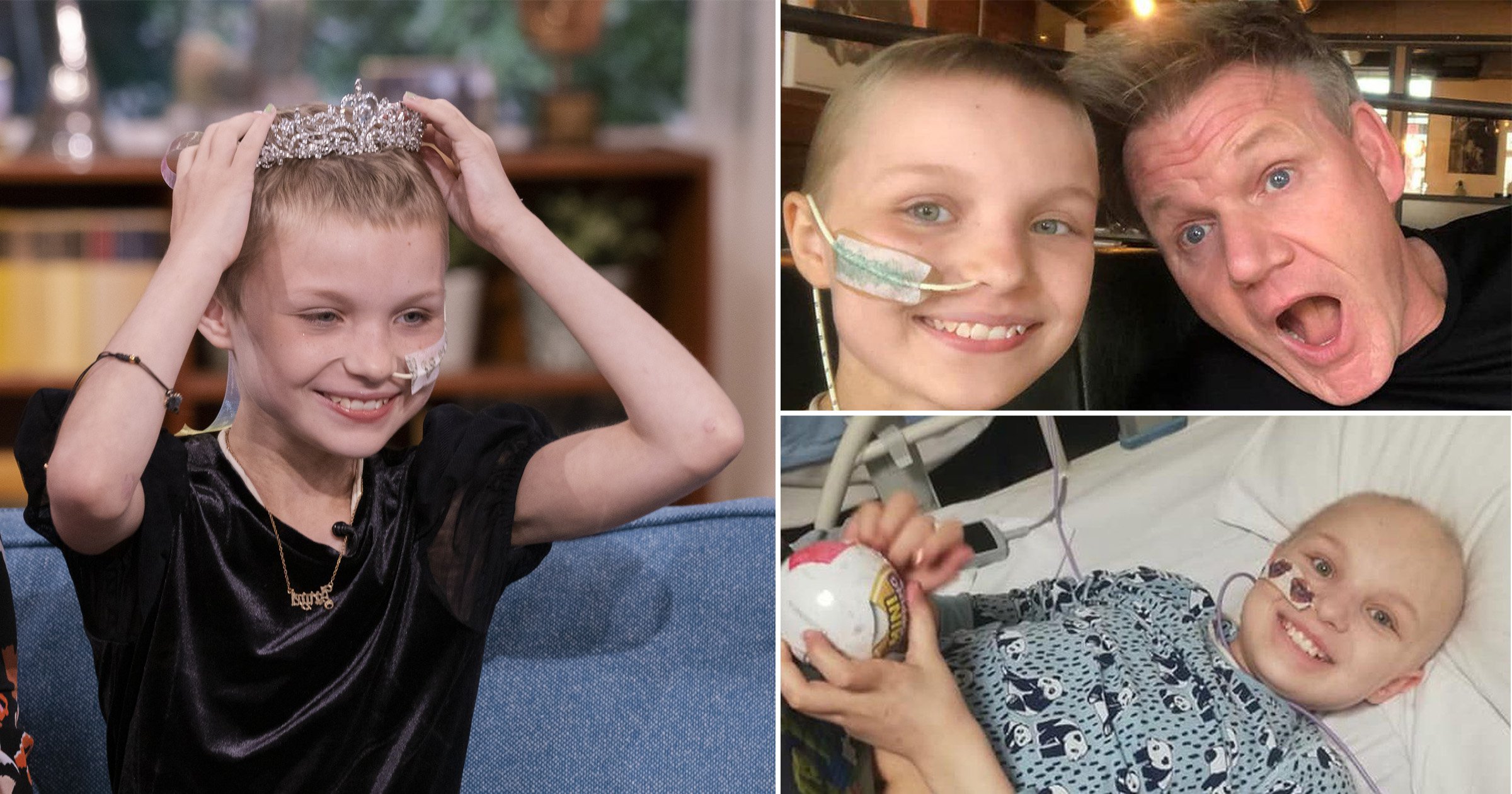 A 10-year-old cancer patient who cooked with TV chef Gordon Ramsay as part of her bucket list has died.

Sophie Fairall, from Stubbington, Hampshire, was diagnosed with a rare form of tissue cancer last September.

She bravely underwent a number of surgeries, chemotherapy and radio therapy, but the ‘aggressive’ rhabdomyosarcoma returned in June.

Sophie decided not to have further chemotherapy and drew up a wish list of things to achieve.

It included campaigns for hospitals to have play assistants and to improve their ‘disgusting’ food.

The bucket list caught the attention of many celebrities, with TV stars Ant and Dec and footballers Jack Grealish and Mason Mount among those who sent messages of love during her cancer battle.

Sophie’s mother Charlotte thanked well-wishers for their ‘incredible support’ as she confirmed her ‘beautiful’ little girl passed away on Saturday.

Paying tribute to her daughter, Charlotte wrote: ‘Who would’ve thought a 10-year-old could have such a huge impact on so many people.

‘It feels so surreal and although I knew she was dying I still can’t believe she’s gone.’

The mum added: ‘Sophie had so much more to give and it shouldn’t have been this way.

‘She was the most beautiful, funny, caring, strongest girl ever.

‘She would light up a room wherever she went.’

Charlotte said although her daughter’s cancer battle has been ‘painful, grueling and relentless,’ Sophie ‘faced every part with a smile and positivity’.

Sophie captured the hearts of the nation earlier this year when she appeared on This Morning with her mum and dad, who said doctors had given her only six months to live.

Sophie’s parents explained on the show that they decided to stop treatment after she had a 12-inch tumor removed, but the cancer returned.

‘We know what the consequences are of stopping treatment, I think for us, quality of life was definitely more important,’ Charlotte said.

Despite knowing she was dying, Sophie remained positive and drew up a wish list of things she wanted to do.

A visit to the This Morning studios was one of them.

Another wish was to cook with Gordon Ramsay, which Sophie also managed to achieve.

The brave youngster also raised £6,000 during her treatment by painting and selling ceramics, to buy toys for children in hospital.

Charlotte said her daughter made sure she achieved everything she wanted to before she died, adding: ‘These memories will be so important for us to look back on with happy times with friends and family’.

But she said losing her little girl was ‘the most painful thing I’ve ever experienced’.

‘Part of me died today and I will never be the same again,’ she wrote.

An online fundraising page for children’s cancer charity Alice’s Arc has been set up in Sophie’s name on JustGiving, and has attracted more than £50,000 in donations so far.

Meanwhile, tributes have continued to flood in.

Portsmouth FC have said they will hold a minute’s applause for Sophie to help raise funds for the charity she supported.

It will be held 10 minutes into the match, to mark every year of her life.

It comes after local team Fareham Football Club held a minute-long applause before their match on Saturday, hours after Sophie passed.

Sophie’s family have said they want her legacy to be a change in the the treatment of children with cancer.

They were shocked to find that only one in five children will survive a relapse of rhabdomyosarcoma and said that no new research had been done into the disease for more than 50 years.