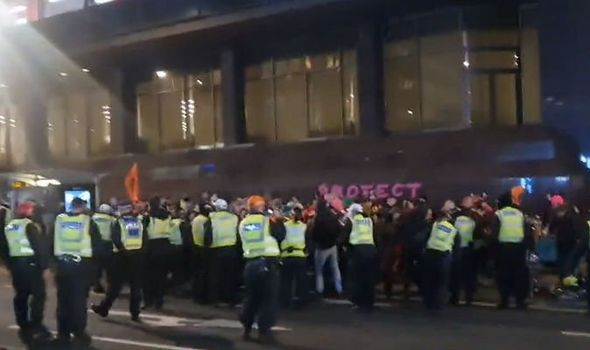 A large police presence has arrived at the scene to stop the chaos.

“Two activists have locked on to a device outside Santander and the Protest Removal Team have moved in.

An update was later provided by Radio Clyde News.

They tweeted: “UPDATE: A large police presence on St Vincent Street as officers try to remove two protestors who have ‘locked on to a device'”

Almost 100,000 protestors marched upon Glasgow on Saturday, according to organisors.

Although Greta Thunberg was in attendance on the walk, the famous activist did not speak to her fellow protestors.