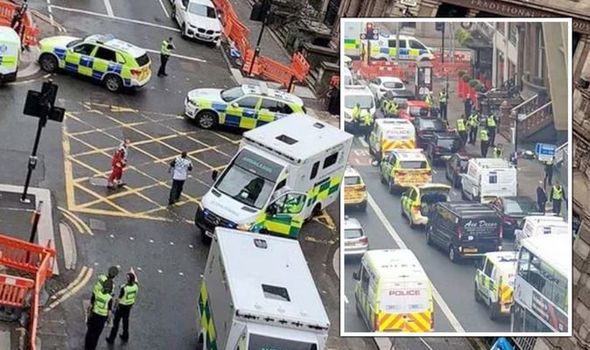 According to local reports, around 20 police vehicles have descended on West George Street in the city.

LBC journalist, Fraser Knight said: “Huge police and ambulance response to an incident on West George Street in Glasgow – reports of a police officer being stabbed.”

There have been further reports of multiple stabbings in the city.

As of yet, there has been no confirmation of casualties or who is behind the attack.

“The street is currently closed off and the public are asked to avoid the area at present.

“The situation is contained at this time and there is no danger to the general public.”