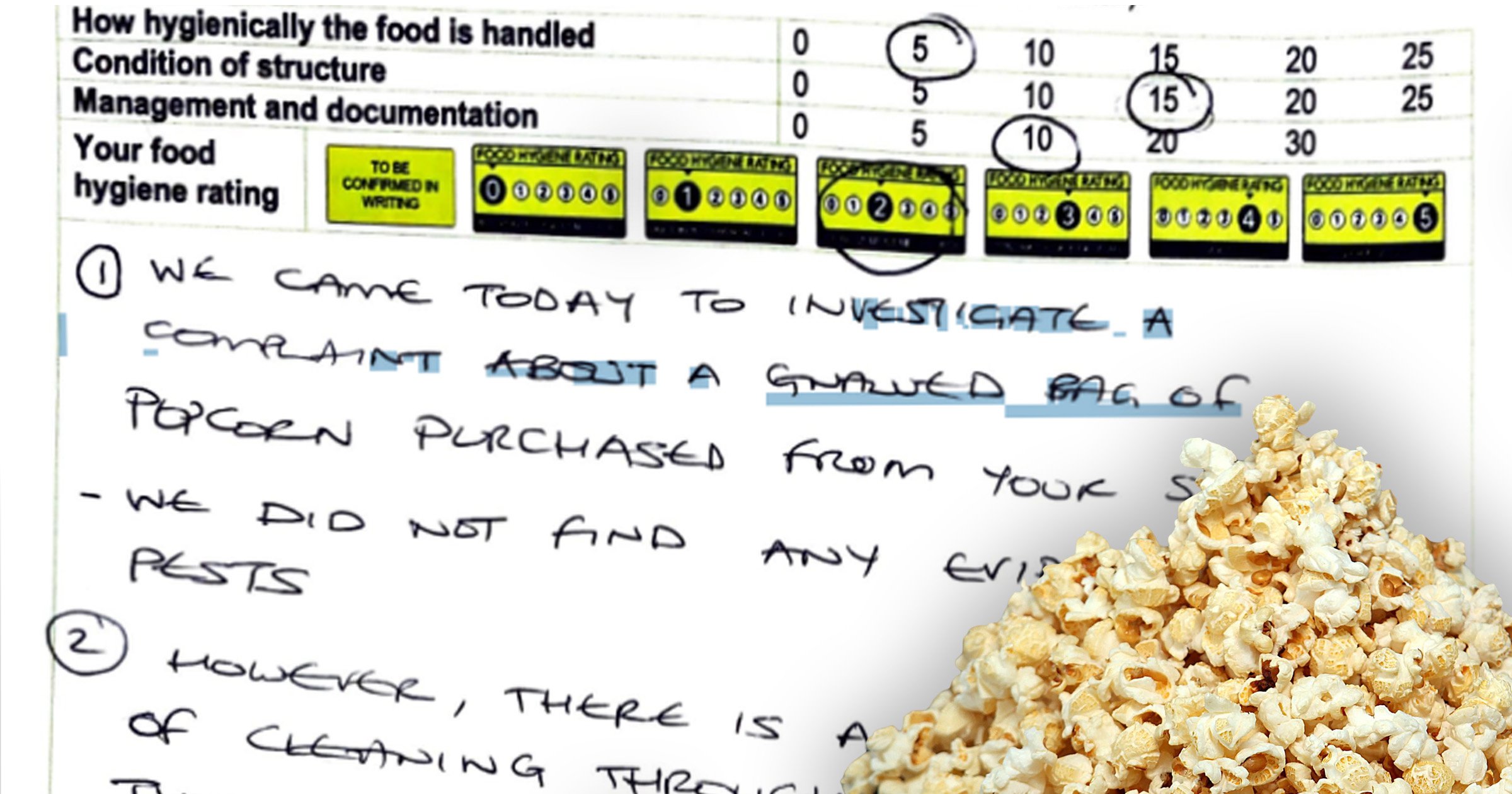 A Tesco store was ordered to carry out a thorough clean after inspectors responded to a report of a ‘gnawed bag of popcorn’.

The complaint triggered an inspection at the Express outlet in Walthamstow, east London, after a shopper claimed about the treat had been nibbled.

Environmental health inspectors from Waltham Forest Council visited and discovered a ‘very poor standard of cleaning throughout the store’.

They acted after the report was made about the store at 453 Lea Bridge Road in October last year, a document released under the Freedom of Information Act shows.

Inspectors found: ‘We came today to investigate a complaint about a gnawed bag of popcorn purchased from your store.

‘We did not find any evidence of pests, however, there is a very poor standard of cleaning throughout the store and this is reflected in your new hygiene rating.

‘Thoroughly clean the premises and maintain it in a clean condition.’

The inspection on October 26 resulted in the store receiving a two-star rating for health and hygiene out of a maximum of five, according to the report released to Metro.co.uk by the council’s information officer.

The visit to check compliance with food hygiene and safety laws was the most recent listing for the outlet on the Food Standards Agency’s website as of January 14.

In October, Metro.co.uk told how rats were filmed crawling over a fresh pastry box at a Sainsbury’s store.

The rodents were spotted running over the last croissant in an open stand at the bakery section of the supermarket in Islington, north London.

It subsequently emerged that the local council had carried out an investigation and is currently reviewing the findings.

Sainsbury’s said it has ‘strict hygiene measures’ to deter pests and reopened the store in Essex Road after a deep clean.

A Tesco spokesperson said: ‘We take hygiene extremely seriously and we have robust daily cleaning processes in place at our stores to make sure they are clean and tidy.

‘We immediately arranged for an additional clean of our Lea Bridge Road Express store and our colleagues have received refresher training to ensure they are aware of the processes.