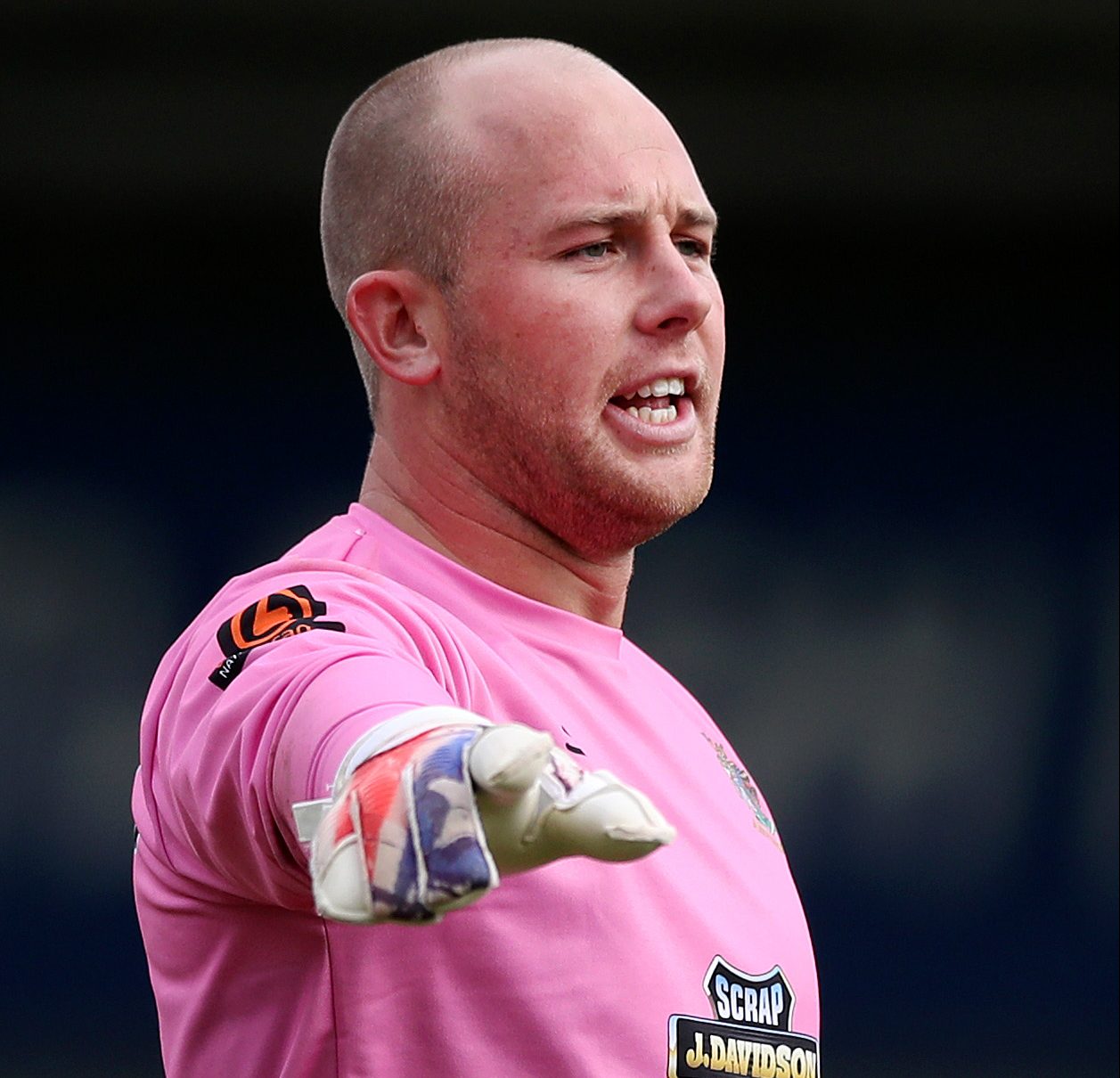 A football match turned to chaos after a rival fan urinated in a goalkeeper’s water bottle before the pair got into a scrap.

Video footage online shows the unknown Guiseley fan climbing onto the pitch and swapping the distracted goalkeeper’s bottle for another, similar bottle – with the caption ‘p***** in keepers juice’.

After realising what had happened, Warrington Town goalkeeper Tony Thompson is alleged to have picked up the bottle and squirted it back at the fan.

This led to a heated confrontation that ended with the keeper being sent off.

Thompson said later that day: ‘Today I fell out of love with the GAME! I’ve been called many names but for someone to [urinate] in my bottle, for me to drink it and then to be told I wasn’t allowed to react because I’m a player is outrageous.

‘That person has put me my family’s health at risk and knocked me sick.’

Warrington boss Mark Beesley said after the game: ‘I don’t think I’ll ever be involved in anything like that again.