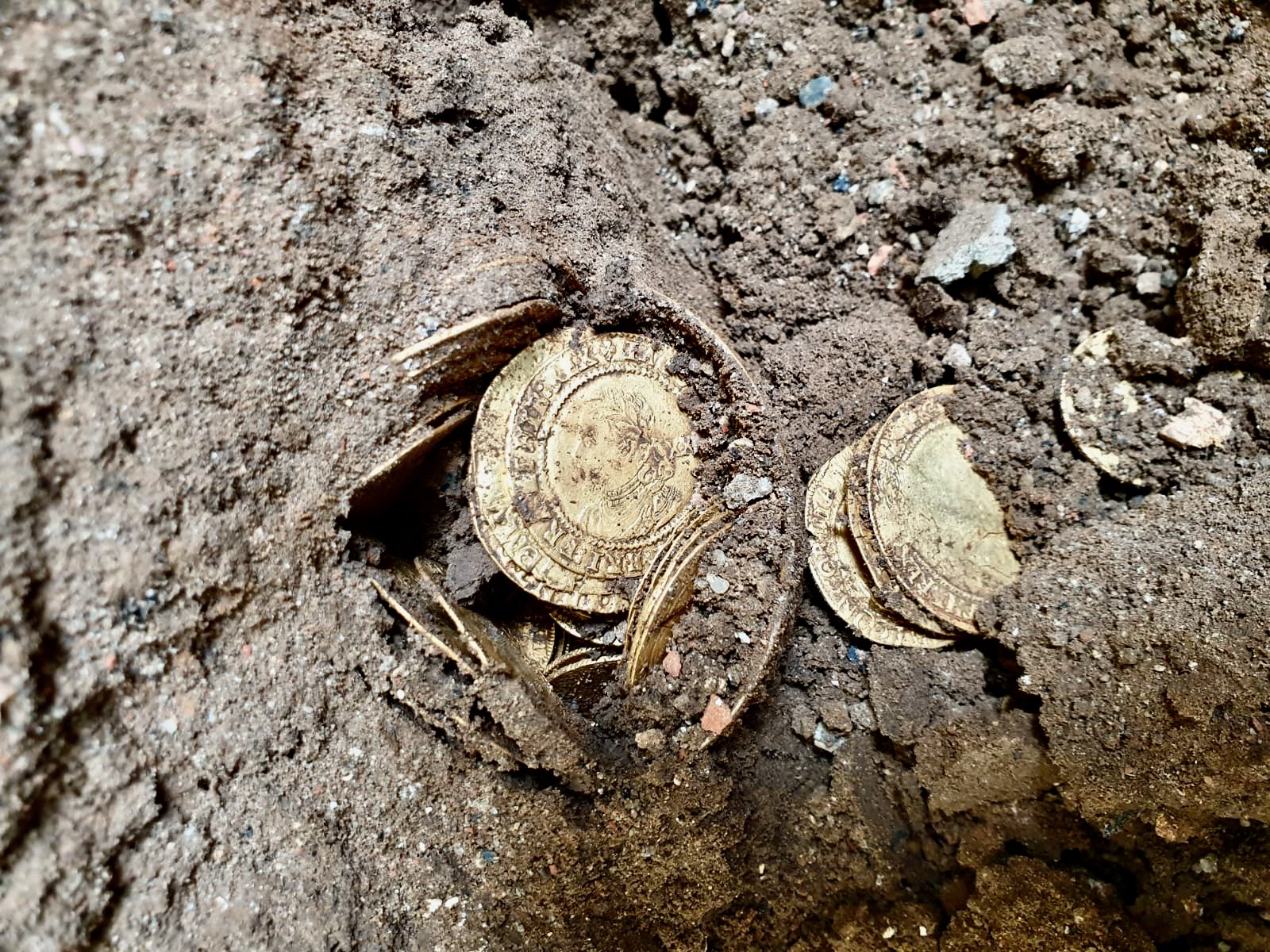 A very lucky couple who found a hoard of 264 gold coins buried under their kitchen have sold them at auction for £754,320.

Metal detectorists can spend a lifetime searching for such a trove, but the couple were relaying floorboards when they stumbled across a cup filled to the brim with treasure.

Some of the artefacts are up to 400-years-old and lay just six inches under concrete at the 18th century property in Ellerby, North Yorkshire.

The astounded owners, who wish to remain anonymous, initially thought the hoard was an electrical cable.

But when they lifted it up they found the stash within a salt-glazed earthenware cup about the size as a Coke can.

The coins date from 1610 to 1727, covering the reigns of James I and Charles I through to George I.

An expert managed to trace the coins back to a wealthy and influential merchant family from Hull, the Fernley-Maisters.

The Maisters were importers and exporters of iron ore, timber and coal and went on to serve as MPs in the early 1700s.

A highlight of the sale was a George I guinea from 1720, which has a mint error.

The coin has no King’s head on it, instead having two ‘tail’ sides, and fetched £62,400, a world record for a British error coin.

A Charles II guinea from 1675, which has a spelling error, with the King’s Latin name spelt incorrectly as Craolvs instead of Carolvs, sold for £9,600.

Gregory Edmund, from London auctioneers Spink & Son, said: ‘The sale was unique in so many ways. The story of the coins, the method of discovery and the rare opportunity to buy them at auction.

‘All that combined in a buoyant and energised market to create incredible new prices as the 264 coins of the Ellerby hoard found new homes.

‘Buyers flocked from around the world to share in the story of Sarah and Joseph Fernley and the privilege of owning a part of their 292-year old treasure.

‘I have never seen a response to an auction like that before, and the results testify it, my provisional estimate was demolished three times over.

‘The finders who wish to remain anonymous were absolutely staggered by the result. It dwarfed any pre-conceived expectations. I am not sure it will ever sink in.’