Being a goldfish can’t always be the most interesting of lives – swimming round and round a bowl all day.

But imagine how terrible it would be if you were a goldfish and couldn’t actually swim.

Well, this goldfish was sadly diagnosed with an incurable illness called swim bladder disorder, which affects his buoyancy.

Symptoms include swimming upside down, floating or sinking.

Sometimes swim bladder disorder can correct itself after a few days – for example, if the disease is caused by digestive problems – but for this fish it was incurable.

And it has now become a sensation after his owners looked for a creative solution to solve his tricky issue of living upside down at the bottom of his tank.

Unprepared to see him suffer, his family sought help from a nearby animal sanctuary.

Stacey O’Shea, who runs The Garden Sanctuary from her home in Wolverhampton, set about making the goldfish a special lifejacket using tiny plastic tubing and t-junctions, normally used for air conditioning filters. 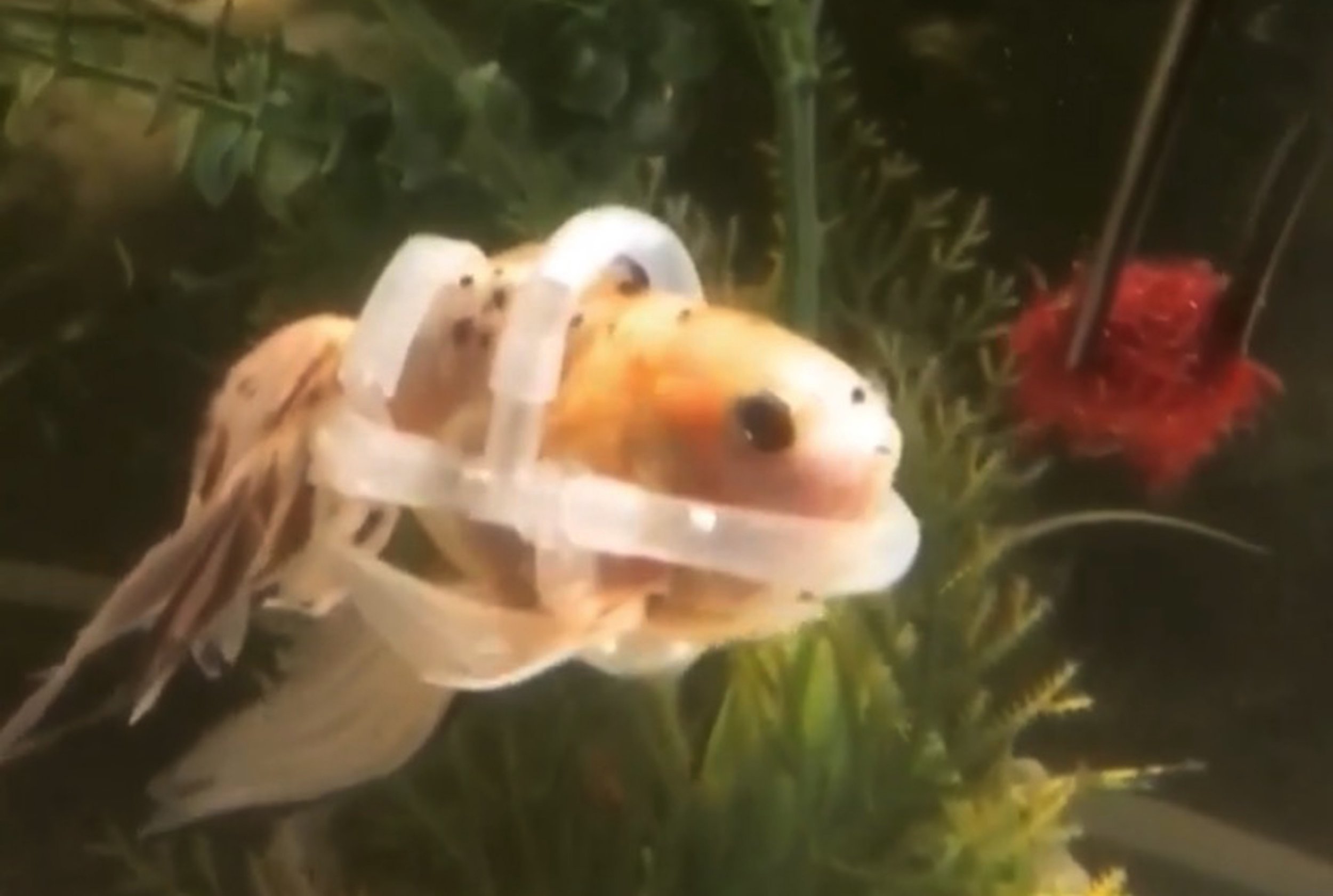 She then added polystyrene to help weigh him down.

Stacey, 41, said: ‘He had been living on the bottom of his tank upside down for sometime and his lovely family were desperate to get him help so he came to us.’

She even changes the polystyrene periodically – cutting it to different sizes – so the fish can swim at other levels and see various parts of the tank.

A video of the fish swimming happily in the lifejacket has now been posted online.