Frail older people queueing to pay their respects to the Queen lying in state at Westminster Hall are suffering from dehydration and falling over after waiting in line for hours.

As of Thursday night the queue was almost five miles long and the waiting time was approximately nine hours.

Volunteers with St John Ambulance told The Telegraph they had attended 232 incidents across one day this week, with dehydrating, fainting, falls and blisters the most common issues.

There is an “accessible” queue available for those unable to stand for long periods of time, for instance the disabled and elderly.

However charities have slammed the Government for not making enough effort to publicise this option as far fewer people are using it.

Kamran Mallick, chief executive of Disability Rights UK, said: “It’s really important that when the Government puts out guidance, the accessible arrangements are front and centre so that people genuinely see it and don’t have to go hunting for that information. 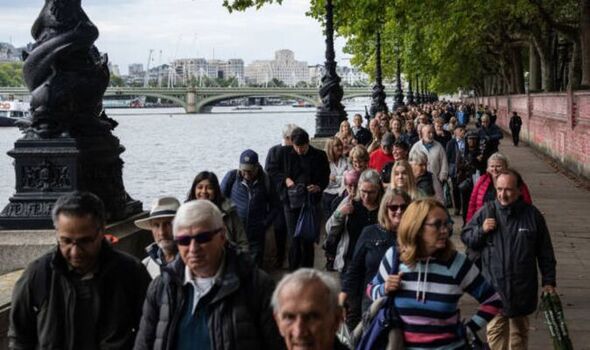 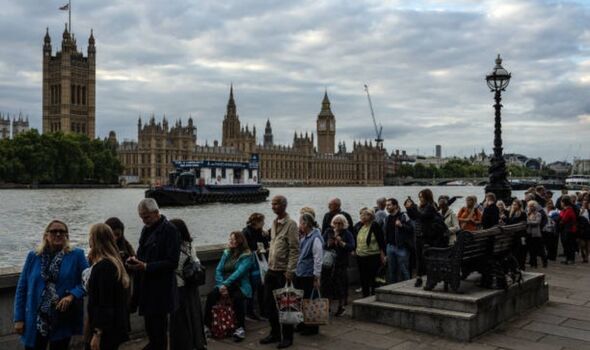 “For older people, but also for a lot of disabled people, there is a whole digital divide for those who don’t have access to broadband or internet who would not be looking at the government website or know that’s where they should be going.

“Also there is not an easy read version of the accessible queue information.”

Mr Mallick added that some people may have been deterred from coming altogether due to a lack of facilities while others were putting themselves at risk in the standard queue. 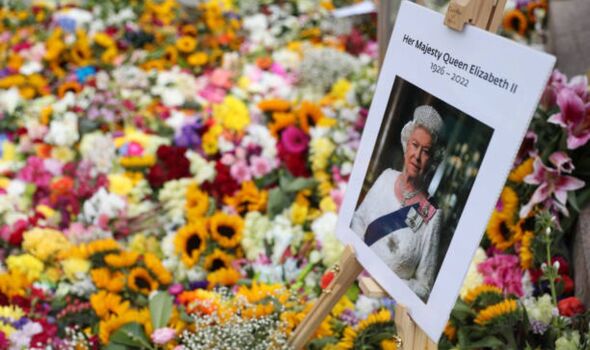 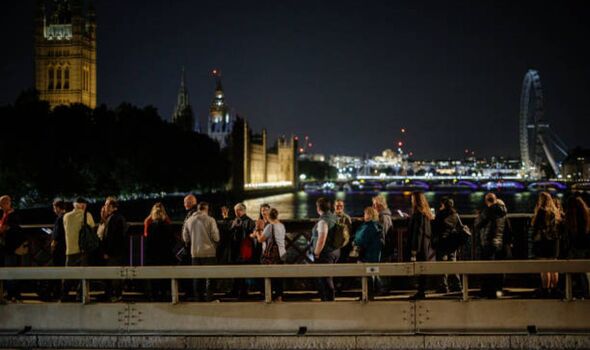 He continued: “They might be in additional pain by the end, they might have problems during the queue and need to have assistance.”

Along the route there are a number of issues for disabled people, such as a lack of adequate toilet facilities and the potential confiscation of food and water.

This can cause difficulties for those who need to take medication.

George Woods, chief business officer at St John Ambulance, said: “Folk have been dehydrating in the sun, and we’ve had more serious cases as well like cardiac arrests.

“Dehydrating and fainting are the most common, also blisters from people standing for hours.

“We have had a number of people falling, elderly people predominantly.

“People need to wear comfortable shoes and make sure you have clothing for all weathers. Bring food and plenty of water and keep hydrated, that was the main problem.” 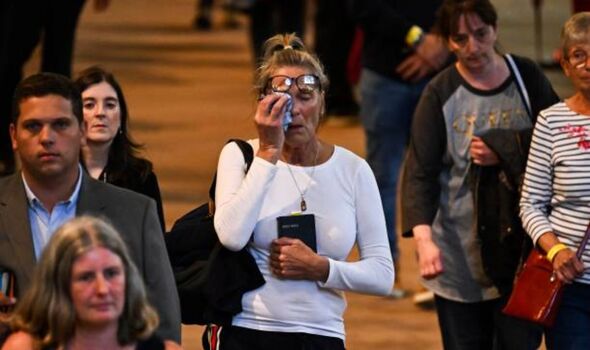