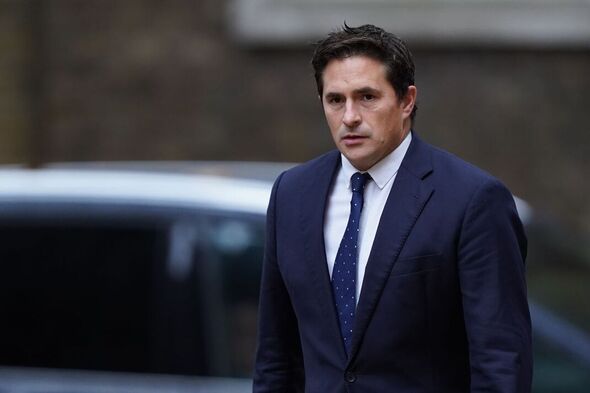 In a major victory for the Daily Express, all rough sleeping veterans will be given safe and warm accommodation this Christmas. And next year no homeless former soldiers will be on the streets.

The pledge was made yesterday by veterans’ minister Johnny Mercer – himself a former soldier.

Some £8.5million of taxpayers’ cash will help heroes who have fallen on hard times get back on their feet.

It signals the first step towards Mr Mercer’s promise of making Britain the world’s best place to be a veteran.

The ex-commando said: “No one, not least those who have served this country, should be homeless. We remain steadfastly committed to ending veteran homelessness in 2023.”

The news comes a month after the Express told how ex-soldier Ger Fowler, 52, used his harrowing experience of attempted suicide and homelessness to aid veterans in Sunderland.

Ger, 52, was just 16 when he joined The Light Infantry. Within two years he had lost close friends in the 1988 Ballygawley bus bombing, one of the bloodiest atrocities of The Troubles.

He left the Army at 21 and quickly fell into a spiral of drink, drugs and crime. He was diagnosed with post-traumatic stress disorder in 1994.

Ger set up Veterans In Crisis in 2018 with the charity committed to helping any ex-forces members, even if they have only served for one day.

The £8.5million will help charities deliver services in more than 900 housing units in England, where specialist help for veterans is provided.

Yesterday, PM Rishi Sunak hosted a Downing Street reception attended by charities Riverside and Stoll, and former homeless veterans. PTSD is twice as common in ex-servicemen and women. In those who saw action, it is more than four times as high.

Ex-soldier Lee Buss-Blair, veterans’ lead at Riverside, praised Mr Mercer and MP Tom Tugendhat, who also served in Afghanistan, as men with a “deep understanding of the issues vets face after they’ve served”.

He said the funds would make a “significant difference” to veterans.

A temporary referral scheme in England and Scotland will ensure no ex-soldiers sleep rough this Christmas.