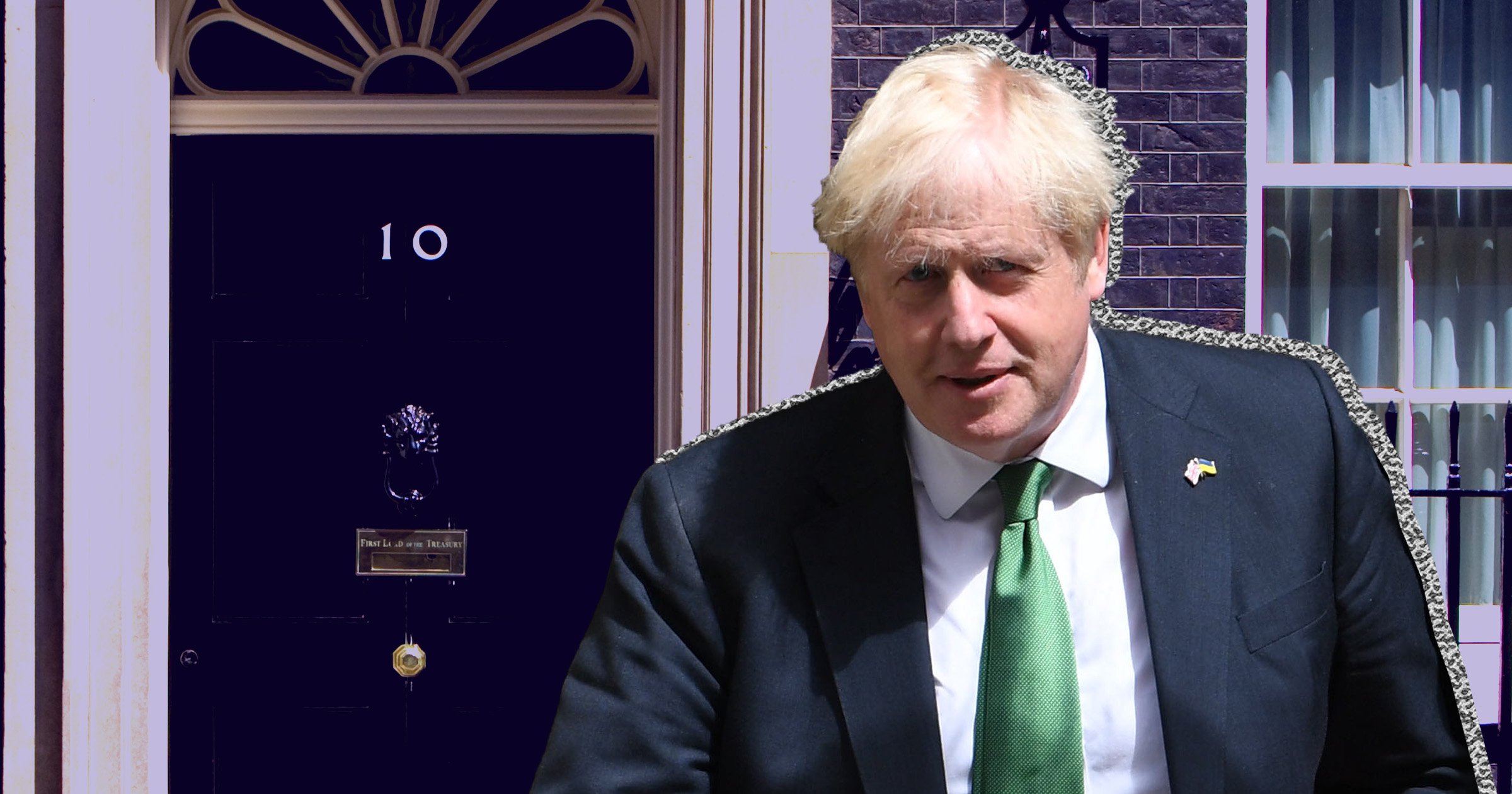 The country has avoided a general election after the government won a vote of confidence.

MPs voted in favour of the government by 349 votes to 238 in the House of Commons tonight.

Boris Johnson batted off calls for him to resign immediately tonight after declaring his ‘rock-solid confidence’ in the next government’s ambitions.

In a speech defending his record before votes were cast, the outgoing prime minister ran through what he perceived to be his greatest hits in office amid angry heckling from the Opposition benches.

But his comments sparked a heated debate, with Labour leader Keir Starmer telling him: ‘The delusion is never-ending. What a relief for the country that they finally got round to sacking him.’

MPs pointed across the chamber and shouted at each other, with some Labour politicians telling the Tories they should be ashamed for voting to defend Mr Johnson’s administration.

Labour MP Chi Onwurah described the Government as a ‘vampire government’, effectively dead but ‘still continuing to suck the lifeblood for my constituents’.

Meanwhile, Labour former minister Kevin Brennan earlier said it was ‘highly unconventional’ for Mr Johnson to put down a confidence motion in his own Government, adding: ‘Though I suppose he is an unconventional person, since only an unconventional man would want the opportunity to speak at his own funeral.’

Conservative MP Sir Bill Cash shouted ‘don’t you dare speak like that’ after a heckle from the opposition as he spoke about the Prime Minister’s experience of Covid.

Some Conservative MPs warned colleagues it was a ‘mistake’ to remove Mr Johnson with Conservative former minister Sir Edward Leigh suggesting the party could end up asking itself: ‘What have we done?’

The government called the confidence motion in itself after rejecting a version by Labour that directly criticised Mr Johnson.

It was widely expected to win it, given it would require a significant number of Tory MPs to vote against their own government and almost certainly trigger a general election, potentially taking power out of Conservative hands.

Mr Johnson got off to an awkward start when he said he had ‘no idea why Labour insisted on the vote’ – with Commons Speaker Lindsay Hoyle reminding him: ‘It’s actually the Government that has put it down for today.’

The Tory leader went on to hail his 2019 general election success and said he had ‘got Brexit done, despite plotting from rejoiners and the revengers’.

He added ‘I’ll have more to say about the events of the last few weeks and months’, before telling MPs that ministers ‘never gave up’ during the Covid pandemic.

‘A pandemic that was global, whose origins we do not fully understand but were nothing to do with the British people, and if anything the result of distant misbehaviour involving bats or pangolins, and whose spread was appallingly difficult to manage, and this Government never gave up through wave after wave’, he said.

He was interrupted while praising ‘the resilience of the British people’ though, with a Labour MP shouting ‘You partied in Downing Street’.

Mr Johnson spoke about his flight in a Typhoon fighter jet last week, before adding: ‘After three dynamic and exhilarating years in the cockpit, we will find a new leader and we will coalesce in loyalty around him or her.

‘And the vast twin Rolls-Royce engines of our Tory message, our Conservative values, will roar on – strong public services on the left, and a dynamic free market enterprise economy on the right, each boosting the other and developing trillions of pounds of thrust.

‘The reason we keep winning is we’re the only party that understands the need for both. Whatever happens in this contest we will continue to fight for the lowest possible taxes and the lightest possible regulation.’

Mr Johnson pondered whether it is true that he is ‘more popular on the streets of Kyiv right now than I am in Kensington’, but said this would be because of the UK’s decision to act early to send them weapons to counter the Russian invasion.

In his concluding remarks, the PM insisted his government had ‘got the big calls right’ and ‘we can look to the future with a rock-solid confidence not just in what this Government has done, but in what it will do and will continue to do’.

But Sir Keir also attacked the government and leadership candidates, saying: ’In many ways the chaos of the last fortnight is familiar. The third Tory leadership contest in six years. The latest bumper summer for graphic designers and brand managers. The latest parade of pretenders promising unfunded tax cuts.

‘The latest set of ministerial jobs handed out on a wink and a shake in return for a nomination. And TV debates so embarrassing that even the contestants are pulling out. Every other year they switch out a failed prime minister.’

As he was jeered by MPs in his speech, Sir Keir said: ‘They all know it can’t go on. Just read their resignation letters.’