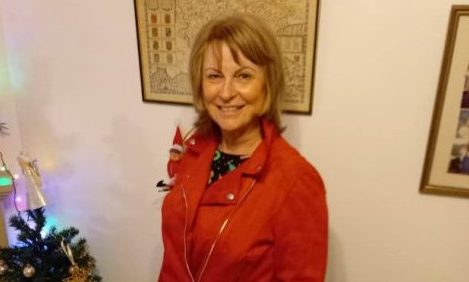 A grandmother has decided to charge her family for Christmas dinner to help cover costs.

We’ve already seen jaw-dropping price tags on festive food – such as a turkey in Morrisons costing £147.

A Tory minister has even suggested Brits iron old wrapping paper so they can save cash this Christmas.

Caroline Duddridge, 63, has now come up with yet another hack to keep down costs during the festive period.

The 63-year-old has been branded a ‘bit of a Scrooge’ by some, but others have praised her smart thinking.

Around £90 of her final total goes on meat, which she doesn’t even eat herself.

‘Obviously there were a few moans and grumbles saying I’ve got a few children, but at the end of the day that’s not my problem really, is it?’

Caroline, from Cardiff, decided to charge her sons more due to the fact they are full-time workers while her daughters work part-time – while also raising families.

The teaching assistant explained that the cost of living and rising energy costs was another reason she asked her family to fork out.

She added: ‘Why should the host hold the full financial burden?

‘It’s very fair. I’m not out to make a profit, I’m doing it just to have a bit of help with the cost of it.’

Caroline also explained to WalesOnline why she first started to charge her family for their Christmas feast back in 2016.

She told the outlet: ‘It sounds, on the face of it, like “oh my god, how could she do that?” But it started when my husband died just before Christmas 2015.

‘My income was halved and I lost my job, so I said to my kids that they’d have to contribute to all the food.’

Caroline’s Christmas costs pale in comparison to families elsewhere, however.

Back in 2018, Mumsnet user Staceyjas said her mother-in-law tried to charge her family £17 per head for Christmas dinner.

‘I’m going to my family’s for lunch so invited him also but he has had it there all his life with his grandparents and siblings too.

‘I can see it from both sides and it’s hard work and can be expensive but not like she is financially destitute.’