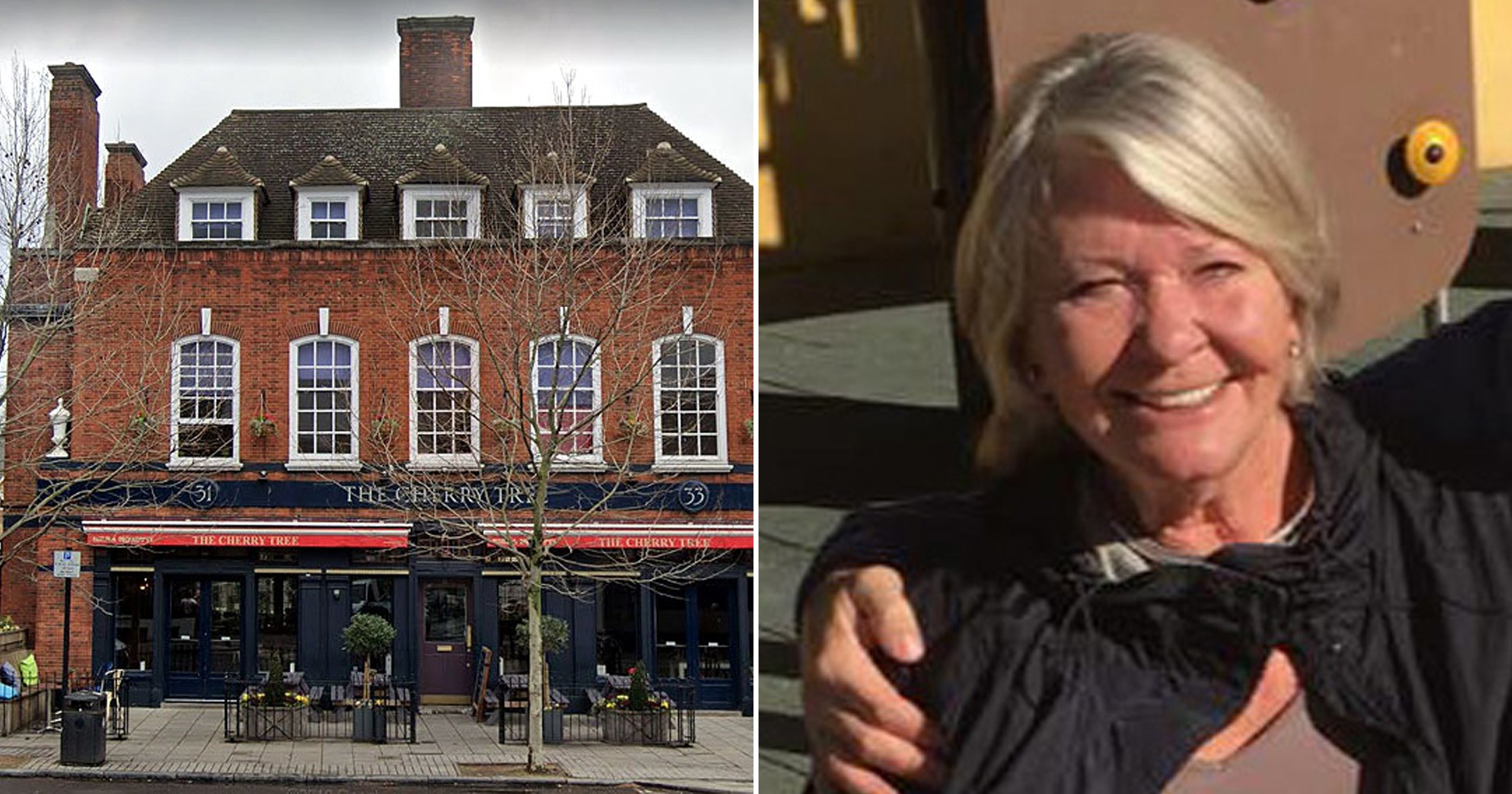 A grandma is suing a pub for £200,000 after a fall at the venue left her in hospital for weeks, in rehab for months and permanently disabled.

Anne Andlaw, 69, claims she slipped on the floor in 2016 because it was wet with melted ice, which had spilt out of champagne cooling buckets, and ‘greasy foodstuffs’ from dropped birthday cake.

But The Cherry Tree pub, in Dulwich, south London, says the fall happened because Mrs Andlaw was drunk.

Now Mrs Andlaw is claiming more than £200,000 from the pub’s managing company, which was Redcomb Pubs & Bars Ltd at the time but is now under Young’s.

She fell over when she stood up to say goodbye to her friends at about 11.30pm.

Barrister Anthony Johnson said: ‘Suddenly and without warning, her feet slipped out from underneath her as if she was on an ice rink.

‘She slipped up in the air and landed very heavily on her right hand side, immediately suffering extreme pain.’

Mrs Andlaw had broken her leg just below her right hip and had fractured her knee cap.

She was kept in hospital for 15 days, then moved to a rehabilitation centre for more than three months, and is now officially classed as disabled as she needs help in her domestic and social life.

Mrs Andlaw believes the floor was slippery because it had not been cleaned properly throughout the night and was ‘covered in water and ice cubes’, which she noticed ‘when the lights came on’.

‘The staff had not attempted to clean or dry the floor in any way and there were no wet floor signs displayed at all,’ said Mr Johnson.

But the pub denies all these claims, assuring the court its deputy manager checked there was no spillage that night. The duty manager also insists the party was looked after the whole evening and there was no ‘clutter’ on the table.

The pub’s lawyer, Hannah Hale, said Mrs Andlaw and the rest of her group were ‘intoxicated’ by the time they all left and this is how the fall happened.

‘At no time in the immediate aftermath of the accident did she (Mrs Andlaw) herself suggest to the (duty manager) that she had slipped on a spillage of water and or greasy foodstuffs,’ the defence said.

Ms Hale also argued that if there was any spillage it would have been because of the group ‘carelessly spilling food, drinks and other substances’ and Mrs Andlaw should have mentioned the ‘hazard she and her companions had created’ to pub staff.

The case reached court last month in a short hearing ahead of a full trial of the claim at a later date.