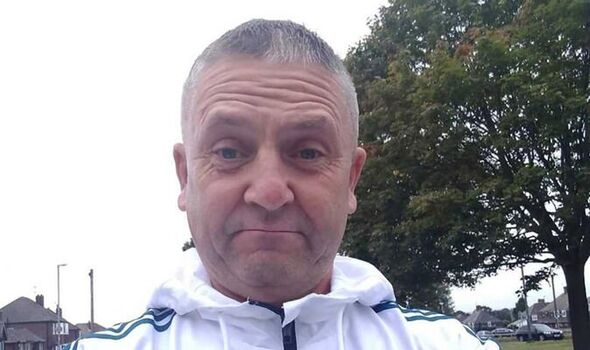 A grandad will never return to a racecourse ground after he was “refused entry” with cash.

Darren Gibson, 56, told staff at Wetherby Racecourse he had lost his bank card and “doesn’t do the internet” but the “snotty” and “stuck up” wouldn’t let him inside on Wednesday, he claims.

Darren feels the venue’s rigid rules are designed to “embarrass” the older generation.

The father, of Seacroft, Leeds, said: “It feels like Wetherby is turning into a dictatorship. Card only – what is all that about?

“I’ve been going there for years, I’m annoyed, angry. They’re cutting their own throat. If I ran a fish and chip van and somebody came up and I said ‘Sorry, cash only’, I’d be cutting my own throat.

“It’s my favourite place but I will not go back. No way will I be dictated to.”

But the racecourse, in the West Yorkshire market town, told Leeds Live the contactless entry system has been in place for one year. Chief Executive Jonjo Sanderson said he finds it “hard to believe” a regular visitor would be “surprised” by this policy.

I’ve been going there for years, I’m annoyed, angry. Their cutting their own throat

The grandfather, who works in the food industry, lost his bank card in the days before the meeting on Wednesday.

“I know they have this card only thing, so I phoned them up and asked if I could come and pay cash as I’m waiting on a new bank card. She says ‘No, it’s card only’,” Darren continued.

“I said I was willing to pay cash but she said I had to pay card. She then asked if I could ‘do it over the internet?’ I’m in my 50s, I don’t do the internet.

“I get a paper statement and everything and go to the bank to get cash. I then asked ‘Is it card optional?’ And she said, ‘No, no, card only’.

“I said ‘I can’t come then’ and she went ‘nope’. I was proper biting my lip. She was so snotty. They’ve basically told me to do one.”

Mr Sanderson said: “In the midst of Covid, in conjunction with the construction of a new entrance building and ticketing system, the Board of Directors of the Racecourse decided that moving forward we would move to a cashless entry system.

“Additionally, as I am sure you can imagine, handling cash carries a significant risk, from a security perspective, as well as a significant cost. This policy has been in place very successfully, and without contention, I might add, since we resumed racing in October 2021, after 18 months of racing behind closed doors.

“If Mr Gibson is as regular a visitor as he claims, I find it hard to believe that this was such a surprise to him, given it has been in place for a year.”