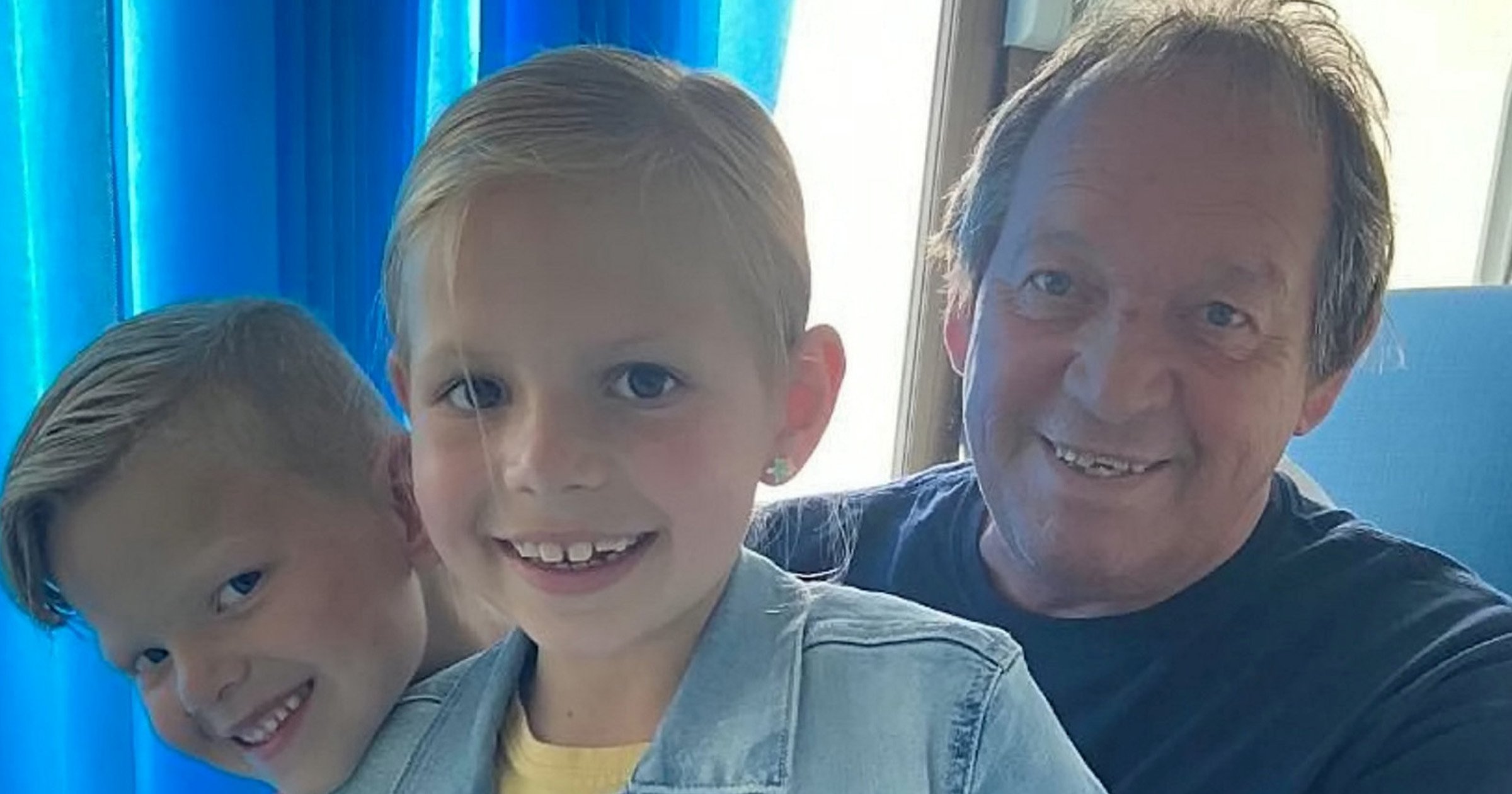 A granddad jokingly told his family to ‘get the defibrillator ready for me’ moments before suffering a heart attack on his grandson’s birthday.

Dean Finch, 65, collapsed during a kickabout with grandson Zac on his seventh birthday as he foamed at the mouth and went into cardiac arrest in Doncaster.

He fell to the floor at the Goals football complex after taking part in the adults vs kids five-a-side match, during which he joked: ‘Get the defib ready for me.’

Dean’s daughter Lois, a student nurse, leapt into action and saved his life by performing cardiopulmonary resuscitation (CPR) on him in June.

One Goals worker cut Dean’s top to help with the CPR while another grabbed a defibrillator to help Lois restart her dad’s heart.

Lois, 31, said: ‘He was just stood at the bar and suddenly collapsed. My friend screamed and everyone just came to a stop and turned around.

‘His mouth was just foaming and he was on the floor and he looked like he was fitting.

‘I just dropped everything and ran straight across to him and put him in the recovery position.

‘I shouted for someone to phone an ambulance but everyone just looked at me, I think they thought that they didn’t know what to do so I rang one.

‘It was just fight or flight, and I just went into nurse mode really.’

Goals workers Dan and Lois were at Lois’ side during the ordeal – they hadn’t experienced anything like this either, Lois said.

‘The sheer compassion that they gave me and my family was amazing – no words can thank them,’ the Briggs, Lincolnshire, local said.

Dean was totally fine on the day, Lois recalled, and wasn’t ill or on any medication.

‘Doctors have just said that he had a massive heart attack, which then caused him to go into a cardiac arrest,’ she said.

‘His dad actually died at 57 of a heart attack so I’m guessing it’s the same thing.’

Lois was in her third year at the University of Lincoln at the time and had only ever performed first aid on a doll in class.

‘But you would never think to experience doing it on your dad,’ she said, ‘it was the first time I had done anything really.’

‘Luckily, my dad was able to come and watch me graduate after coming out of hospital,’ she said, ‘which was so lovely for him and me.’